WARNING:  MAJOR SPOILERS TO FOLLOW.  READ AT YOUR OWN RISK

Daenerys Targaryen lost a second dragon last week in Game of Thrones and is overwhelmed by the death of her loved advisor Missandei. Jon Snow and his forces face a major challenge getting past Euron Greyjoy’s ballisti, the giant dragon-killing and boat-crushing crossbows.  They are at odds and the end of the Starks may be coming. The Iron Throne is seriously up for grabs.  Can a Stark still pull it off? 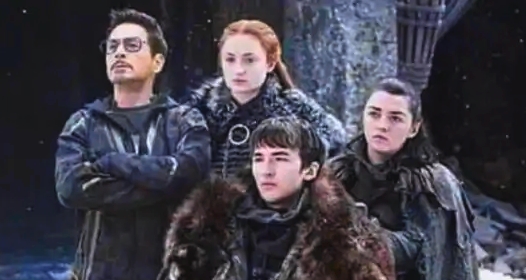 If you have seen Game of Thrones Season 8, you know that Arya Stark pulled off a total last second surprise against the Night King, killing all of his Undead Hordes in one stab with a sword.  As well, if you have seen Endgame, you know that Tony Stark, aka Ironman, pulled off a similar last second victory by pulling the Infinity Stones out of Thanos’ guantlet and thus dusting Thanos and his evil hordes.  The last second Starks… 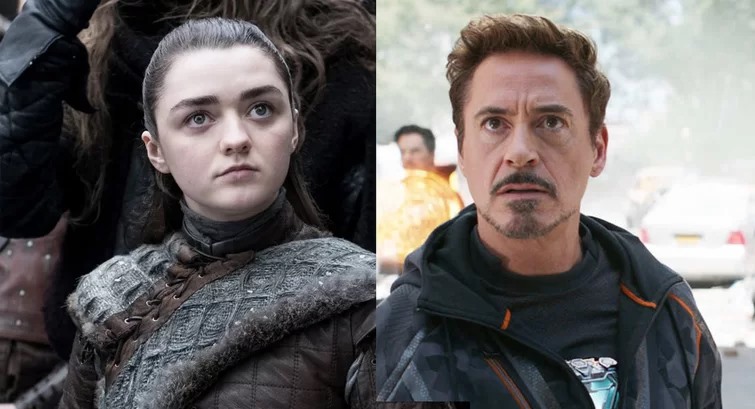 The Starks are last second heroes

Flash to the future several centuries, where Stark ancestor Tony Stark is working with the Avengers to bring back all of those who were dusted by Thanos in Infinity War.  We learn from Endgame that Tony has figured out how to go back in time to bring back those that were dusted by Thanos. What was not shown in Endgame (to avoid any Game of Thrones spoilers — IRONic that these are both showing at the same time) was that Tony Stark knew his lineage came from the Starks and upon discovering he could go back in time, he used this power, along with the newly acquired Infinity Gauntlet, to actually go back to the time of the battle at King’s Landing and even dropped by the celebration at Winterfell to leave a hint!!

Yes, remember the coffee cup fiasco on Game of Thrones from last week?  Well, if you watched Endgame carefully, you would notice that just before all of the Avengers got onto the time machines to go back, Tony was holding what looks to be the same coffee cup (next time you see Endgame check it out!)  Everyone was so drunk in celebration, that they didn’t notice Tony’s two second appearance to drop the cup in front of Dany! 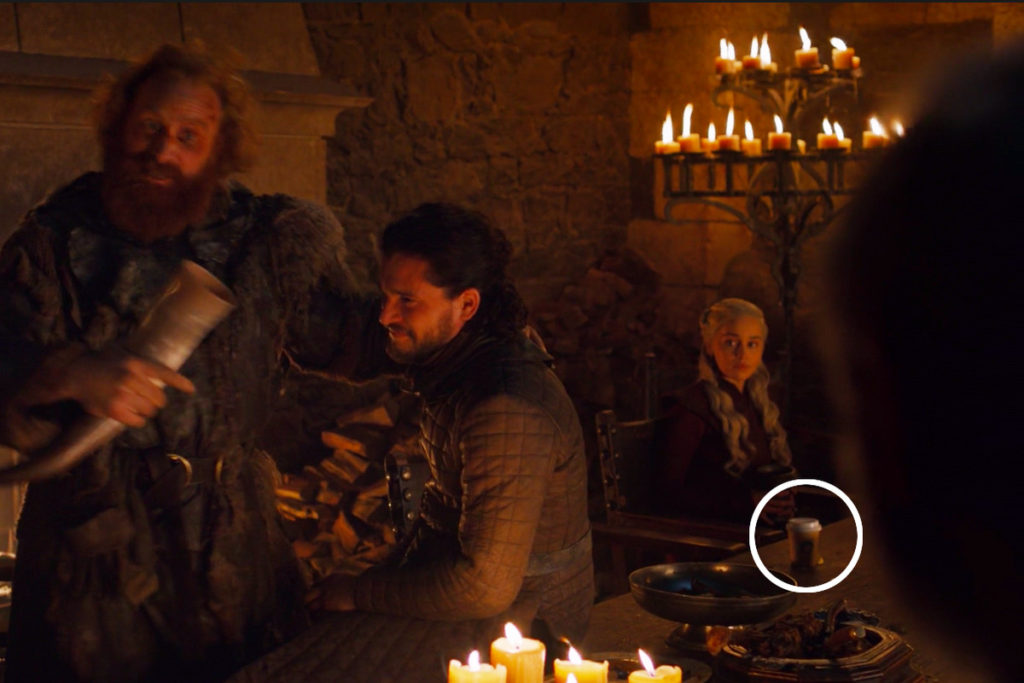 Dany with the Coffee Cup, left in a flash by Tony Stark on his way to King’s Landing

Well, as we shall see, the battle for Westeros at King’s Landing will heat up, and, all of a sudden, above the skies there will be a massive circular flash of light unlike anything anyone in Westeros had ever seen.  Both sides were stricken with fear, for out of nowhere, like his ancient ancestor Arya Stark, Tony Stark, as Iron Man, appears and in one flashing swoop destroys Euron’s ballisti, shreds Ser Robert Strong and takes control of the battle at the last moment, capturing and dethroning Cersei.  Then, the man of Iron takes the Iron Throne. 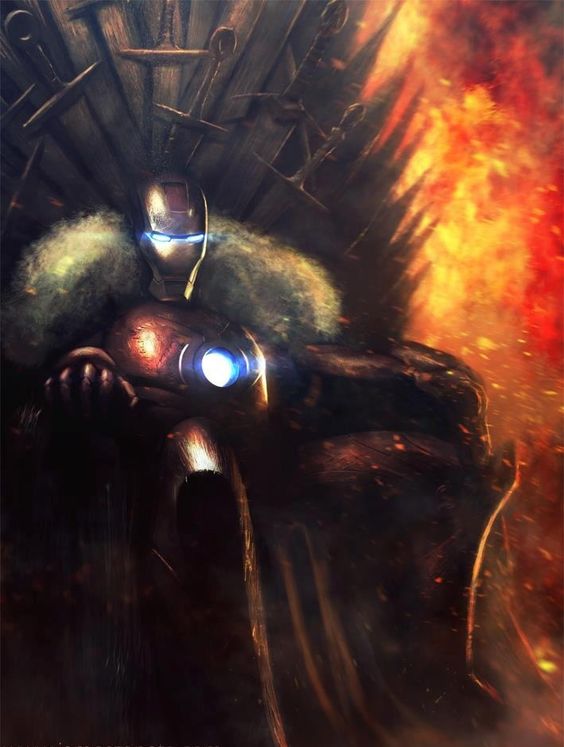 Iron Man on the Iron Throne (artwork by James Zapata)

A Stark is now on the Iron Throne. 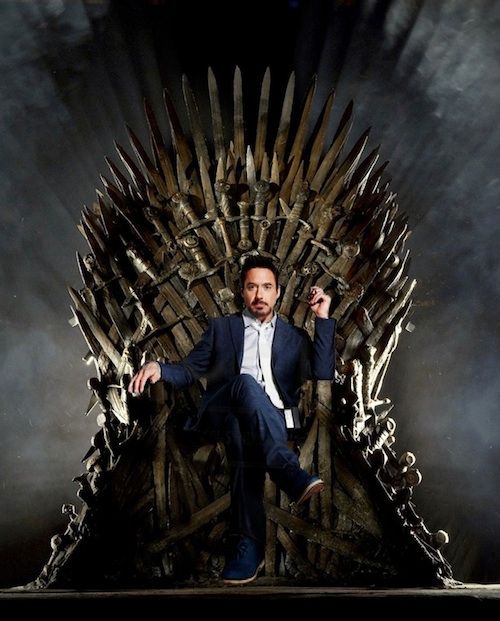 And though he will face eventual death in the future, while sitting on the Iron Throne after the victory at King’s Landing….Tony Stark says, “I am the Lord of Westeros, the destroyer of Thanos, the King of the Seven Kingdoms…indeed, I am Iron Man, and the Iron Throne is mine.”