Last weekend my wife and I attended a movie showing at the University of Kentucky. It was about a group of Jews in the Ukraine who tried desperately to escape from the purges of Hitler. This documentary movie, entitled “No Place on Earth” was created by the History Channel and it looked at a group of people who actually made their way into some of the chalk caves that dot the area and remained there for over 500 days. (all photos below courtesy of http://noplaceonearthfilm.com) 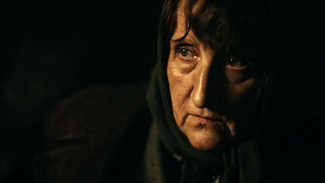 This was an amazing story of human spirit and the human desire to live! Ultimately, there were 54 individuals who ended up staying in a cave for 511 days. The men would come out and forage for food, find wood for fire and other things. The women and children remained in the cave for the entire 511 days. They learned how to be creative in the cave in terms of how they cooked, where they slept and what they did.

There was one time where the Ukrainian police actually covered up the entrance to the cave completely and trapped these people inside. In their desperation they dug and pulled and spent time in the dark in many cases trying to get a hole open again so that they would not die of starvation in the cave.

Of the many stories that I have heard and/or read about on the Holocaust, this was probably one of the most amazing ones!! 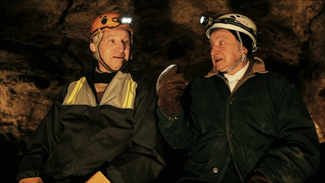 Being partially of Jewish descent, I could relate to this very strongly. I have ancestors who were purged in Lithuania and made their way to freedom. And on my step father side, my grandfather Alexander Kravetz walked all the way from Minsk, Russia to Bremen, Germany in order to catch a ship to come to America. This was before Hitler’s time. 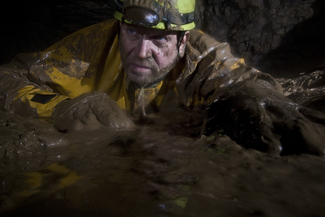 The movie, was made in 2012 after New York spelunker Chris Nicola in the Ukraine discovered the items and spent time researching trying to find these inhabitants were. Since the release of the movie they actually have a website now:

No Place on Earth

After we watched the movie, a professor at the University of Kentucky got up and spoke a bit about how his wife had learned how to cook some of the original Ukrainian dishes from one of the survivors of this Cave story. He also spoke about a sculpture that had been placed on University of Kentucky’s campus near the medical facilities that was centered around Holocaust victims. 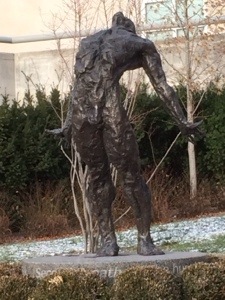 The sculpture shown in the photo above was by Maurice Blik, a Dutch sculptor and a survivor of the German concentration camps. Born in Amsterdam, Holland in 1939 and having survived Bergen-Belsen concentration camp as a child, Maurice arrived in the UK aged seven with two surviving female members of his family. The ability to come to terms with this and to confront the face of humanity that he had witnessed, stayed silent in him for some forty years until it found a voice in the passionate and exquisite sculpture he began to produce in the late 1980s, in which the irrepressible joy of life and the impenetrable shadow of existence are held together in a struggling unity. 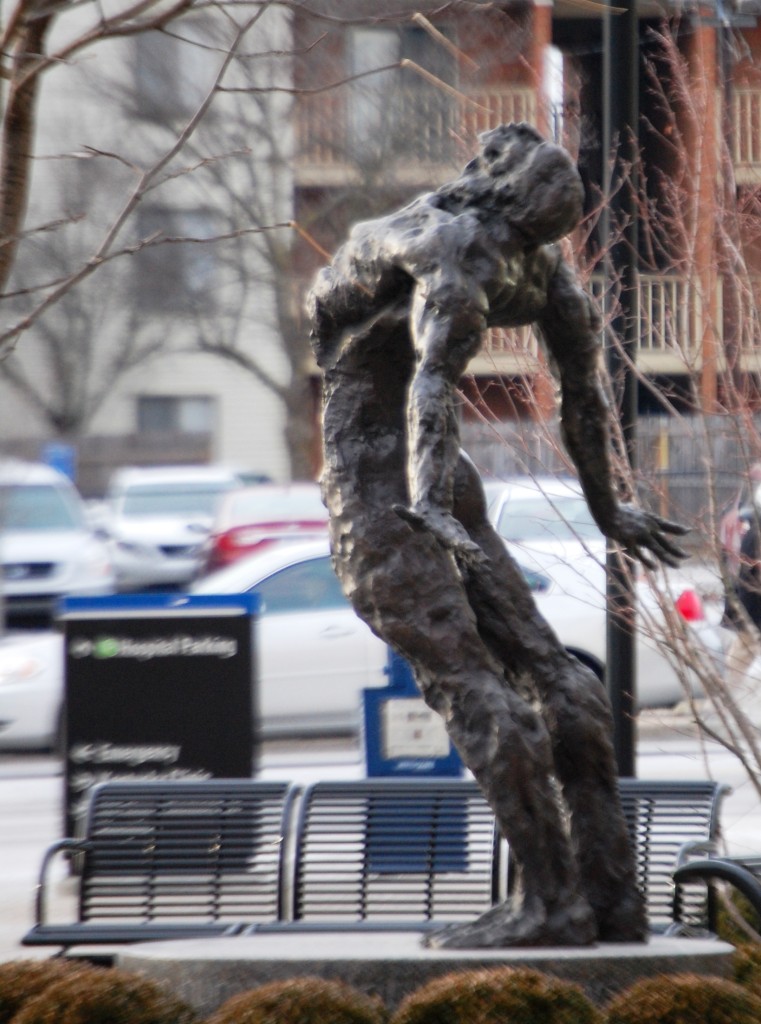 Side view of Second Breath by Maurice Blik

The bronze sculpture by British artist and Holocaust survivor Maurice Blik depicts a man in a moment of exultation at having received a second chance at life. The base of the sculpture, which is called Second Breath, includes a quote from Blik: “The Human Spirit Will Always Endure.”

There has also been a documentary film about Maurice Blik which is entitled “second breath”. There is more information about it at the following site:

This is a second Unique story that was coupled with the cave movie to make a pretty amazing afternoon of understanding and being grateful for the strength of the human spirit.

Both of these stories truly provide inspiration for all of us.