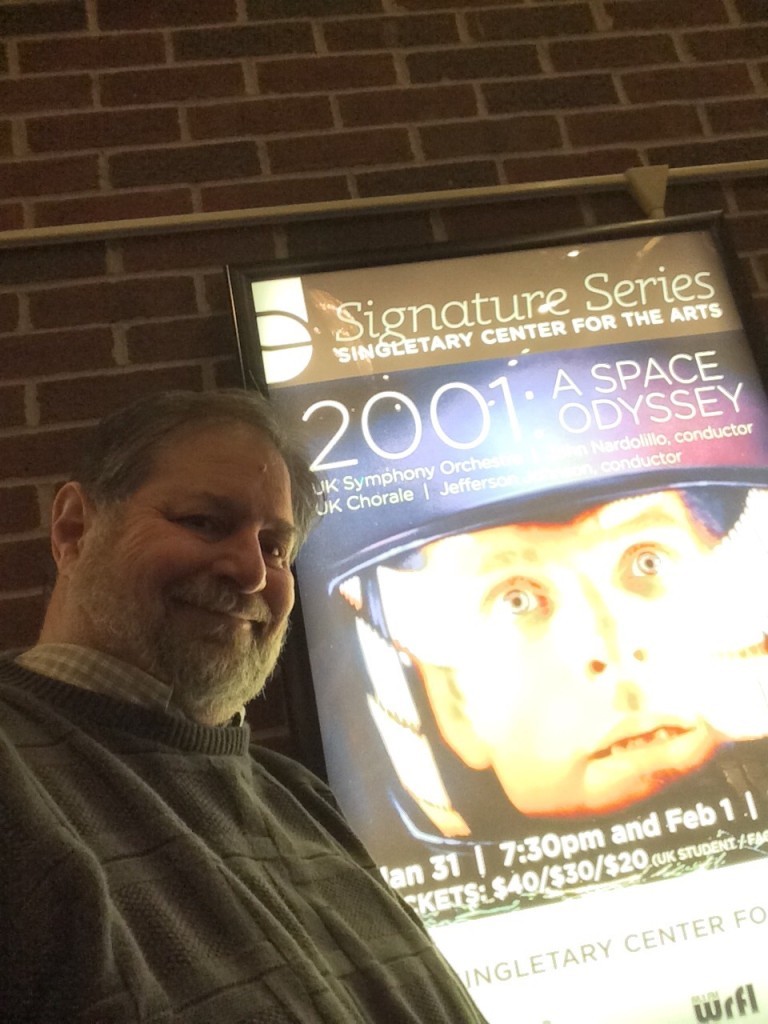 Last weekend I had the unique opportunity to attend a historic event at the Singletary  Center at the University of Kentucky. The 1970s movie “2001: A Space Odyssey” was shown on a big screen. Along with that was a live orchestra and a live chorus that performed all of the music in the movie and they only played the vocal tracks of the movie to the sound system.  For me, this was a real “Throwback” to days gone by. 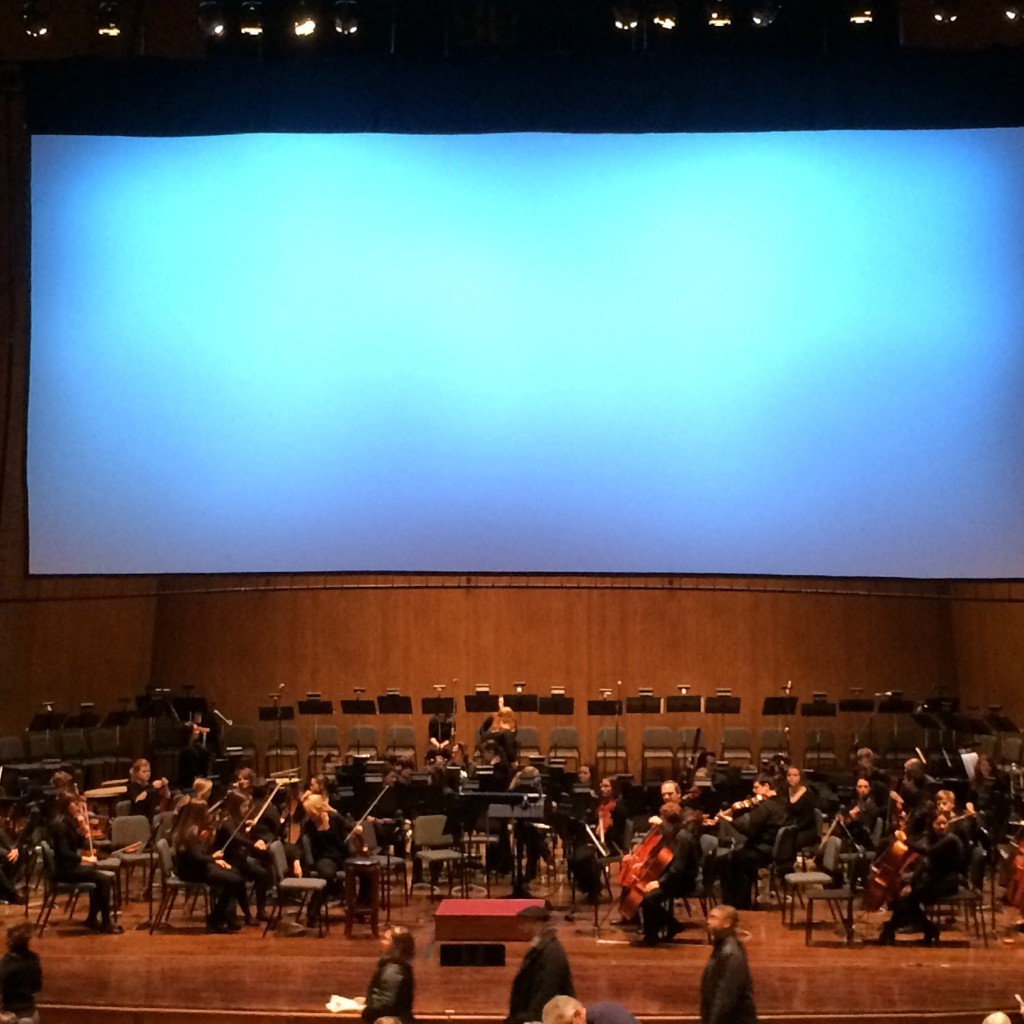 The UK Orchestra prepares for the live performance of 2001: A Space Odyssey. The huge movie screen sits above them.

It has been nearly 30 years since I last saw this movie and I had only seen it one time before that when it first came out in the 1970s. I have always been a Stanley Kubrick fan (my faves are 2001, The Shining and A Clockwork Orange – I actually wrote a final exam analysis in a class in college on Clockwork in 1982 and got an A+). I could give a review of the 2001, but it is had thousands of reviews that are mush better than I could do. (see some HERE) 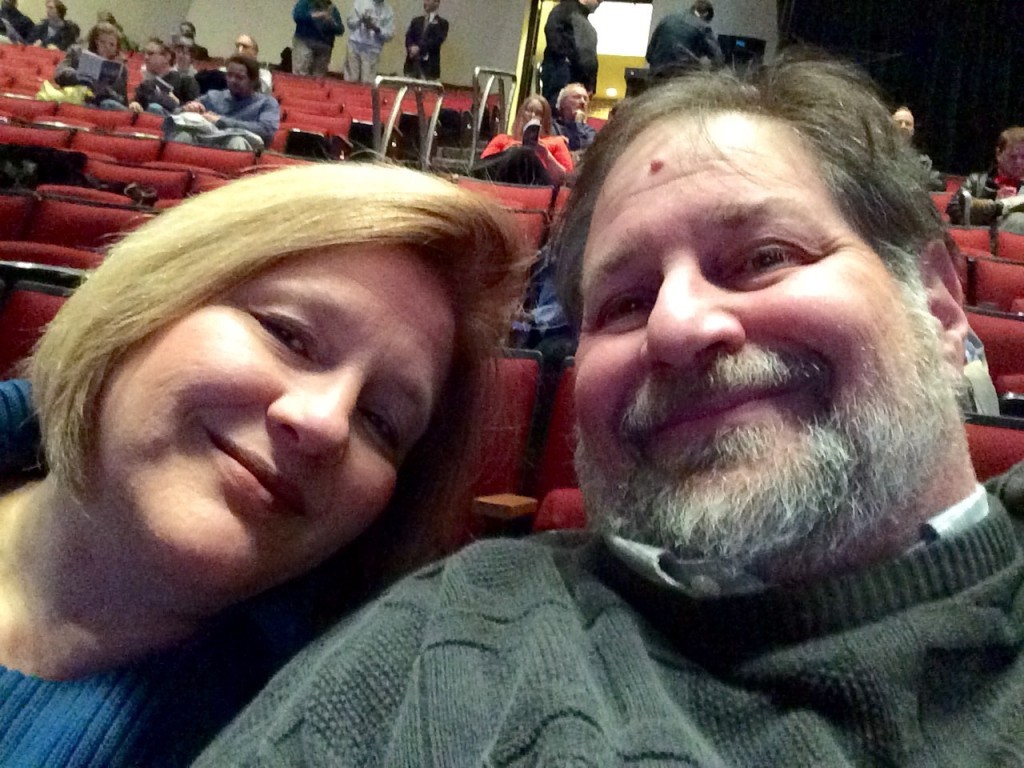 With Julianne to see 2001: A Space Odyssey with LIVE Orchestra

Many call this movie one of the greatest movies of all time (#22 on IMDB, #26 on Filmsite.org, #22 on AMC,  #22 on American Film Institute, #43 on France’s Cahiers du Cinema, #10 by famed film critic Roger Ebert). And in terms of its artistic fashion, the unique and sometimes complexly strange subject matter, and the way that cupric filmed the movie was indeed amazing. 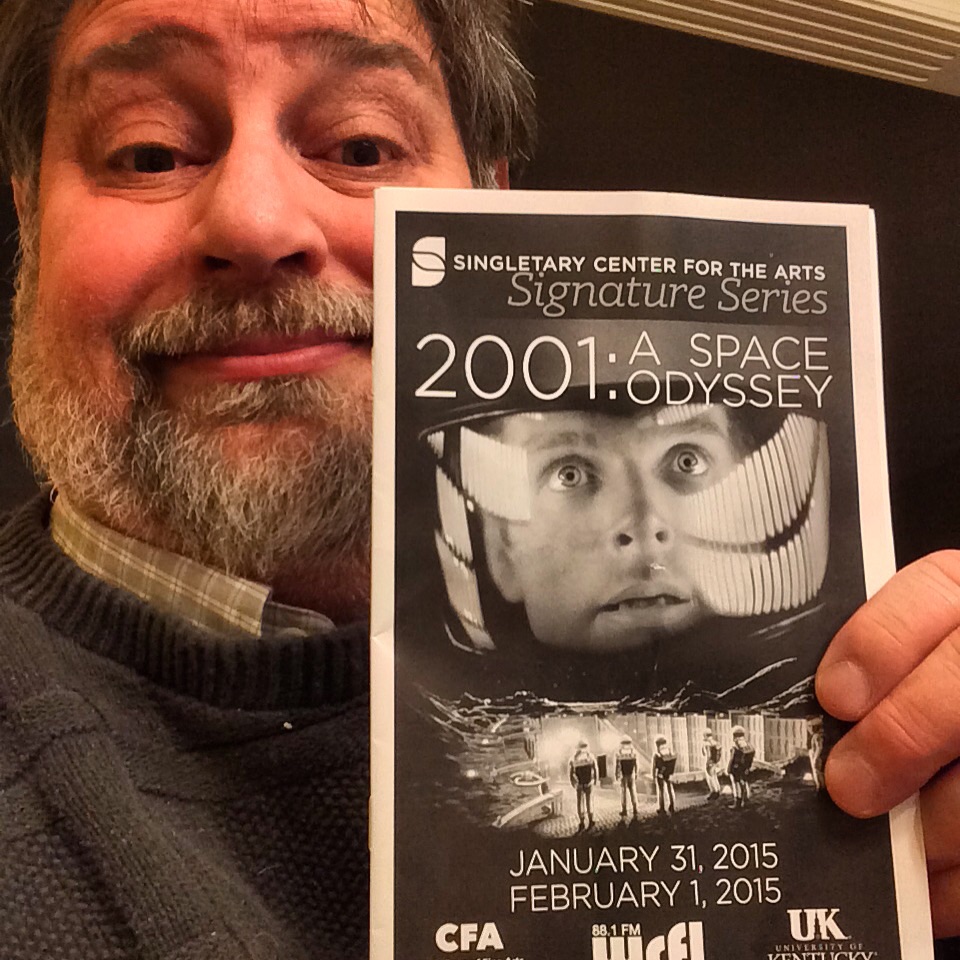 Sumoflam with the program for the production

But, never before have I seen a movie with LIVE music (other than an old silent Charlie Chaplin film with a Wurlitzer), especially a full orchestra and a chorus. Indeed, the chorus alone was amazing because of the type of singing that they were required to do. Each individual had unique tones and there were many dissonant chords. They were singing the parts for the sound of the monolith, the big black rectangular monolith of the movie.

The University of Kentucky had a detailed article about the movie and its setup HERE. This program has been presented by an exclusive selection of the world’s greatest orchestras including the London Philharmonia Symphony, The New York Philharmonic, The Brussels Symphony, and the National Symphony. (See a review of the performance by the New York Philharmonic at the Lincoln Center in 2013). The UK Symphony Orchestra and UK Chorale received the prestigious honor of being the first university ensembles to perform this concert.

According to the article:

“To be prepared for such a different concert, UK Chorale had to develop its own rehearsal methods beyond just screening the film. “2001” calls for approximately 20 individual sounds from the vocalists performed in a group. In order to be ready to sing the notes given to them, members of UK Chorale practiced not only as a group but often individually with their smart phones and metronome apps that helped them properly time their individual parts.”

Then there was the complexity of the orchestra and chorus matching the movie in proper synchronization. 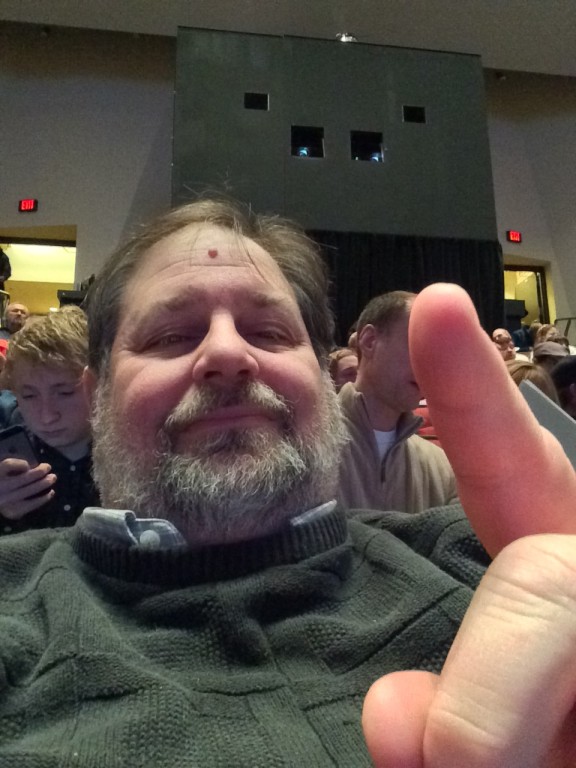 I also understand that the school had to bring in lots of equipment for the unique and amazing sound system that reverberated through the hall. In fact, one of the staff members noted that it required “special projectors and sound systems that [they] had to scour the United States to find, and did find them.”

The music, which included the spooky and eerily dissonant chords of Hungarian composer György Ligeti’s “Atmospheres“ played live to the film and the haunting “Jupiter and Beyond: Requiem for Soprano, Mezzo-Soprano, 2 Mixed Choirs” also by Ligeti (see more about him HERE) were absolutely stunning. 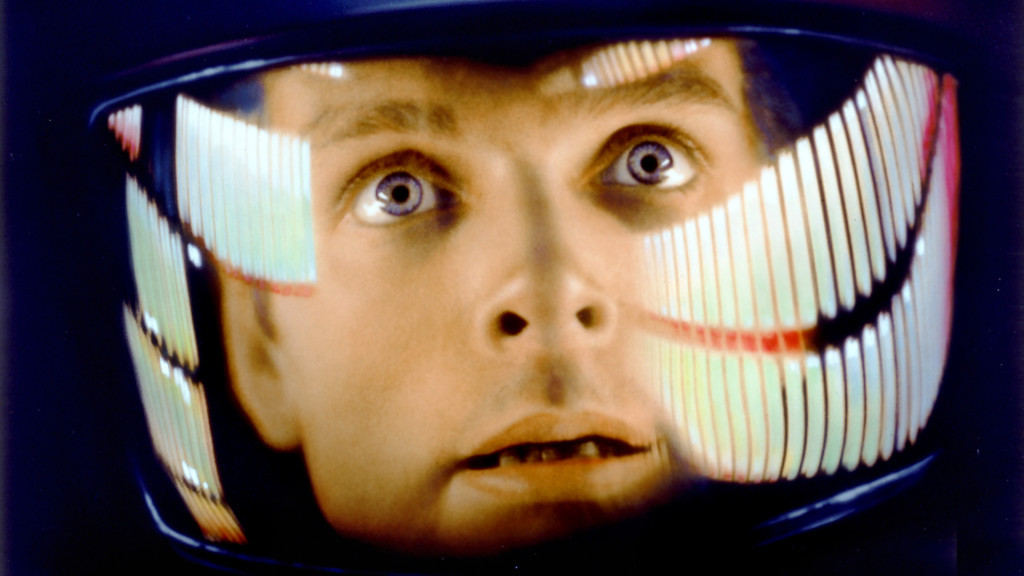 Ultimately this was a maximum sensory experience in all ways. There is nothing better than a live orchestra with a movie. It was absolutely an amazing experience. Totally phenomenal.  Kudos to the UK Orchestra and conductor John Nardolillo as well as the UK Chorale and conductor Jefferson Johnson for a spectacular performance!!