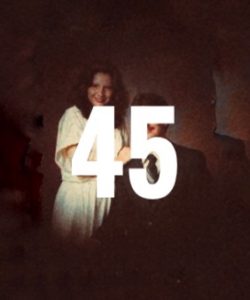 When we first met in one of the best Singapore hawker centers in 1978 I don’t think either of us had an inkling of what lay in store for us and our future together. Like any youthful souls, we had idealistic hopes and dreams. Of course, our main goal after being engaged was getting married, starting a family and finishing college.

Little did we know in July 1979, as we were bound together in loving matrimony, that we would have a future filled with the wonder of travel. For me, by the time I was 22 and married, I had already lived in five states and six cities. I had traveled to Canada twice on band trips.  Julianne, on the other hand, had grown up and lived in Mesa, Arizona all of her life. The majority of her travels had been to Utah for family gatherings and to California to stay with her oldest sister Kathy.  She did make a cross country trip in 1978 with the BYU Orchestra, which also went into Toronto and on to Washington, D.C. 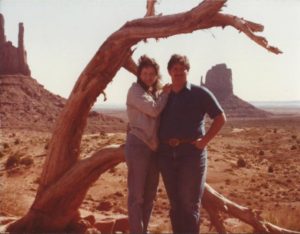 Our first road trip together, during our honeymoon, was to Monument Valley in southern Utah in 1979.

After vacillating to determine my  college direction, I ultimately settled on a dual major in Asian History and Geography at Northern Arizona University. I probably followed my heart more than my brain. My original plan was to become an attorney, but various things along the way led me to choose a different path. Admittedly, my sweet wife was not happy with my change in direction, but, thankfully stuck with me all these years, even though the “what ifs” have often crept into both of our minds at times. 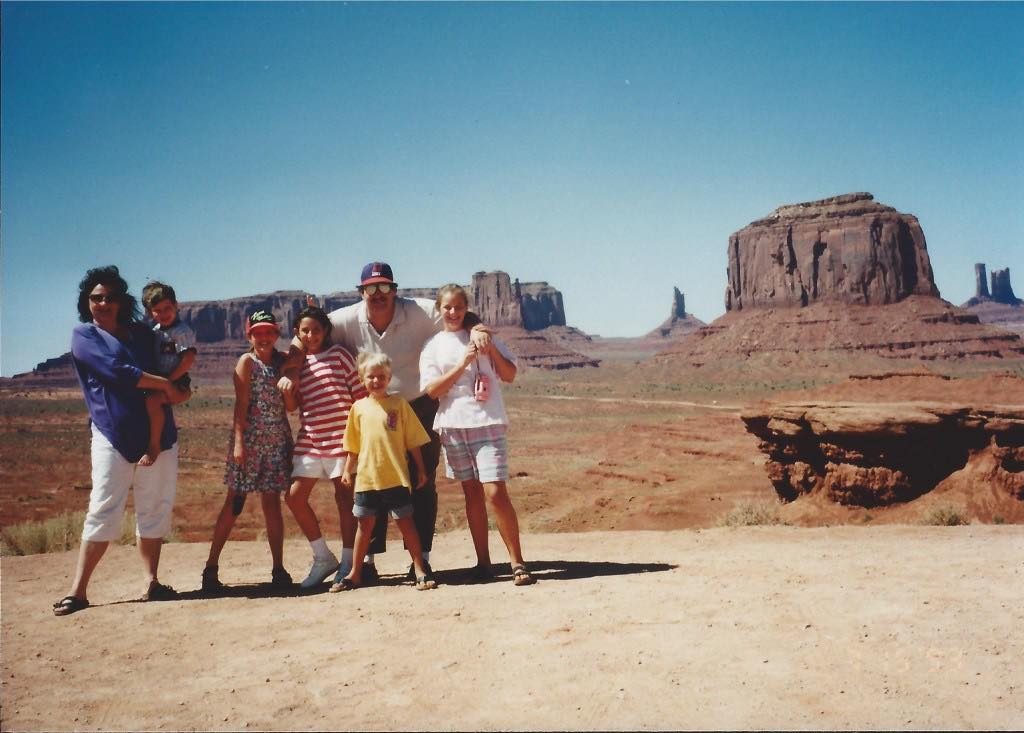 We later visited Monument Valley with the family in 1993 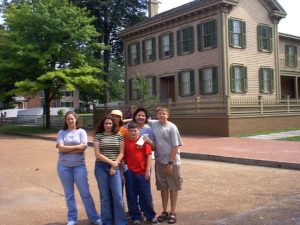 As I look back today, I honestly believe that following the path we chose has enabled us to have a life rich in experiences. We have never had the riches that many lawyers enjoy, but I think we provided our children opportunities and memories that few American children, especially those born in the 1980s, ever got to experience.

By 1987, we had the opportunity to live and work in Japan. Our children went to Japanese public schools, got to be in numerous TV commercials, were in local TV shows, learned a new language and culture and all that came with that.   They were enlightened with a mindset of diversity and global thinking.  And I am grateful for that. 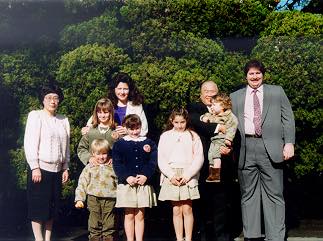 The family in Oita Prefecture in Japan in 1989, visiting with Governor Morihiko Hiramatsu, who I worked for. 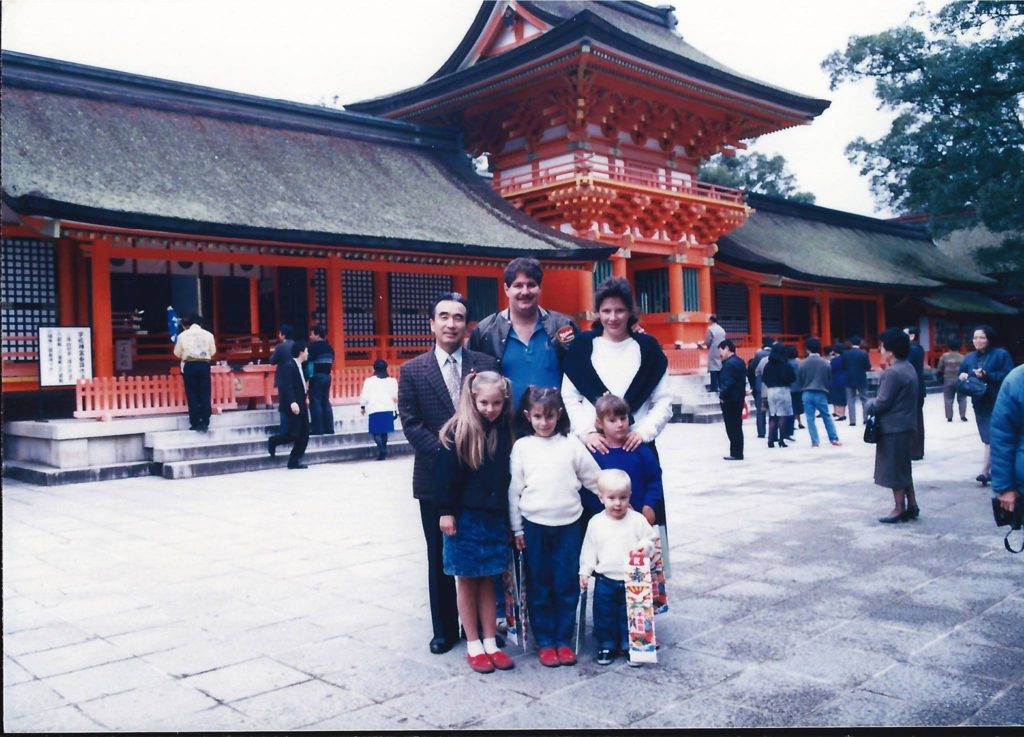 The family visiting the Usa Shrine, one of Japan’s famous Shinto Shrines. 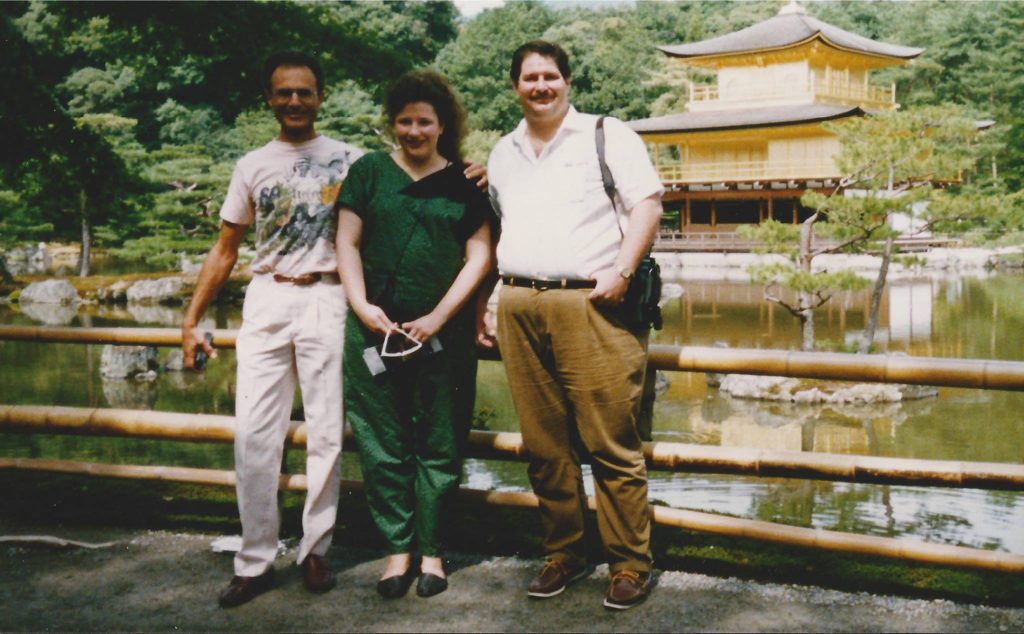 My Dad visited us in Japan in 1991 and we went to Kyoto, where we visited the Kinkaku-ji (The Gold Pavilion) 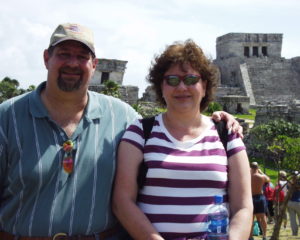 Julianne and David, visiting the old Tulum ruins in Mexico as part of a cruise.

At the age of 20, I don’t think Julianne would have believed anyone if she were told she would live in Japan for four and a half years and have the opportunity to visit places in Canada and Mexico while also traveling to most of the 50 United States, including Hawaii and Alaska.  But, that we did.  We enjoyed many opportunities to travel together and continue to do so to this day.

Japan was quite the culture shock for Julianne initially.  The weather was different, the people were different, the language was strange and many of the foods she was offered were a bit more than unique.  But, like our children, she learned to love the land and the culture, became engaged and conversant in Japanese and really found great pleasure in the variety of unique dishes in Japanese cuisine, as well as the Japanese take on other ethnic foods.  To this day, all of us enjoy the variety of foods from all over the world. 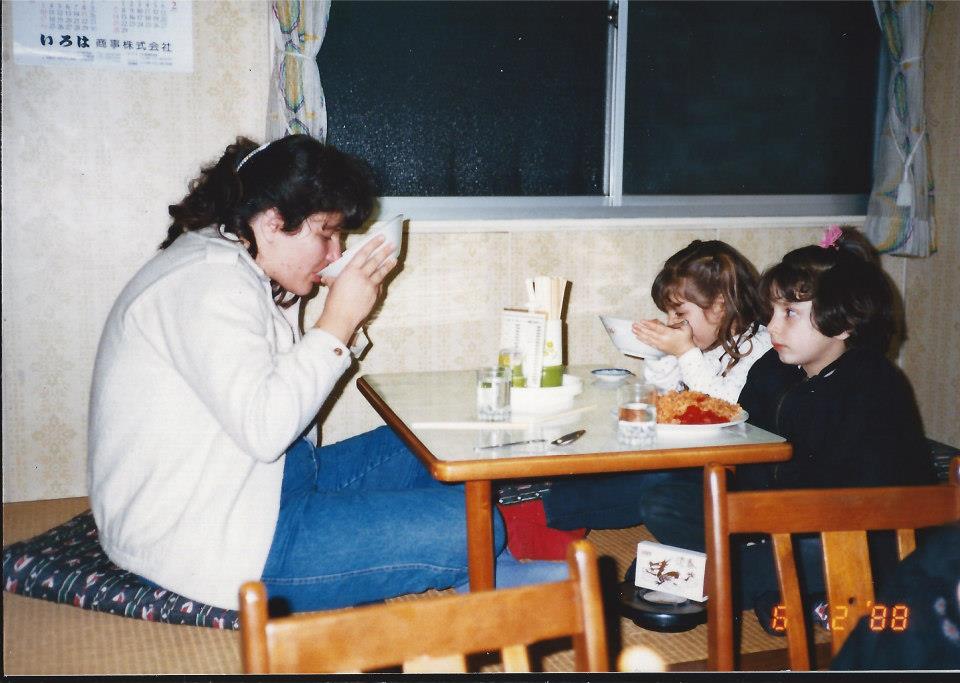 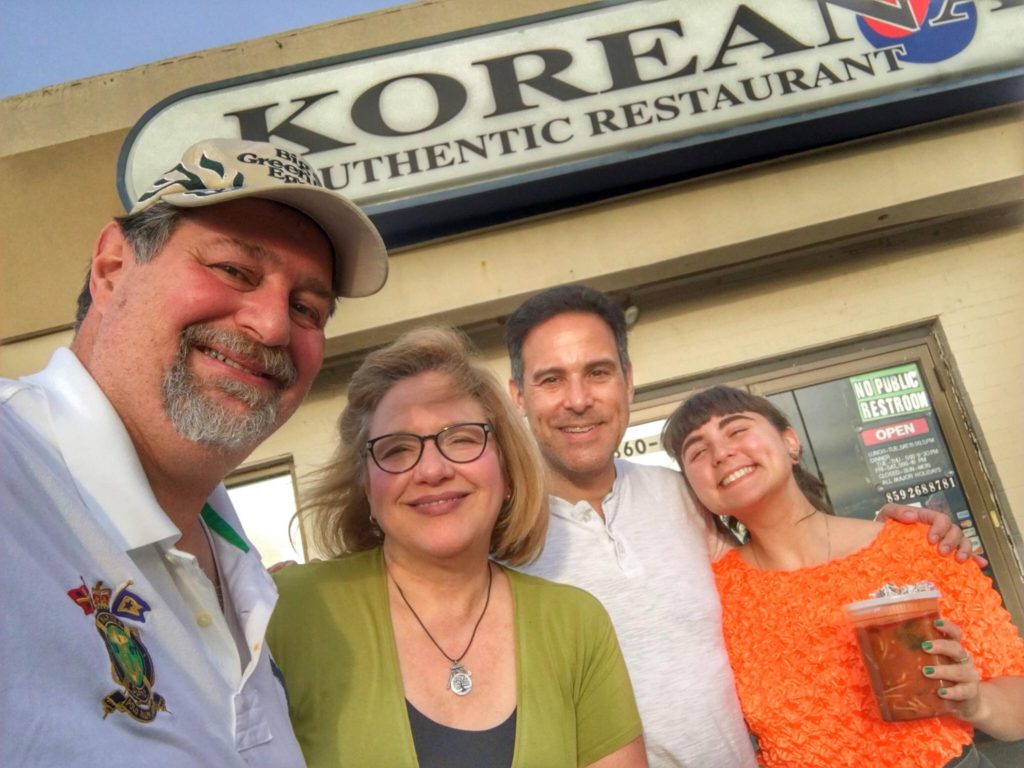 We still enjoy good food. Here we visited Koreana, a local Korean restaurant with my cousin Lew and his daughter. 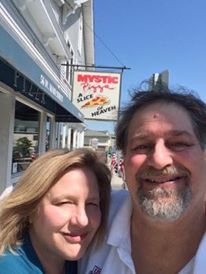 Over the past 15 years or so, we have traveled all over the United States.  At one time, we had Amaree living in Montana and then they moved to Port Orchard, Washington.  Seth got his first job out of college and lived just north of Cincinnati, but job changes eventually took him and his family to Connecticut and later to Houston.  This meant opportunities to travel for visits.  These became long trips that afforded us the opportunity to see many new places.

Then, in 2017, we had a giant family reunion that began in Kentucky and eventually took most of us as far east as central New York. 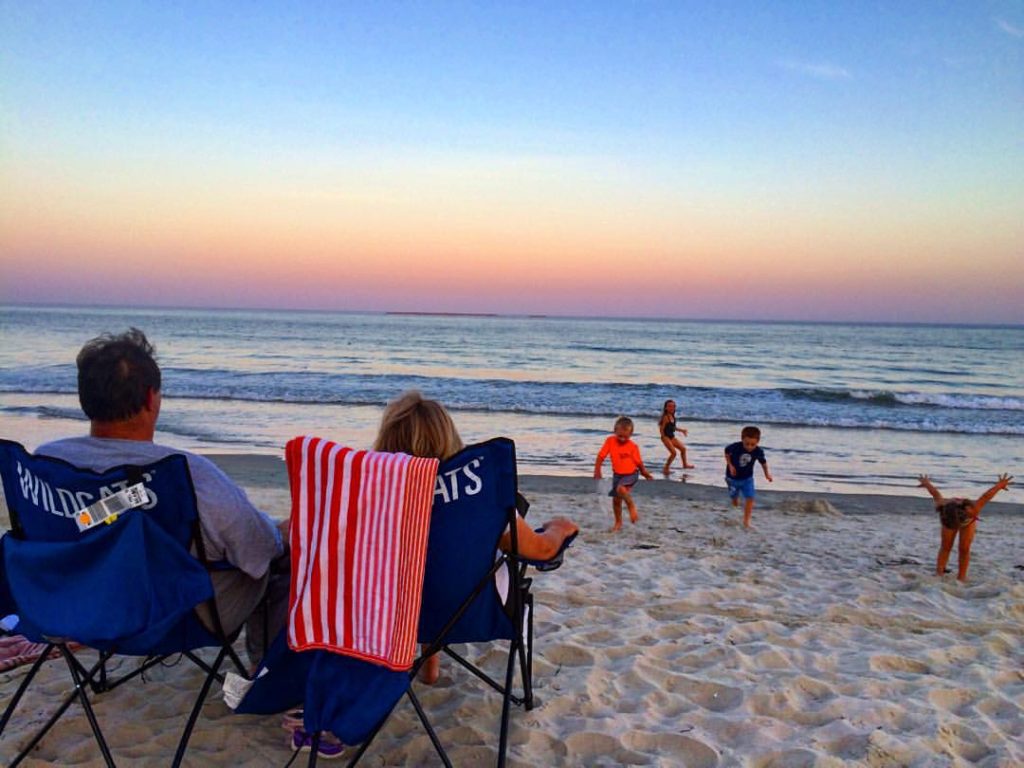 Watching the grandkids on the beach at Old Orchard Beach in Maine. 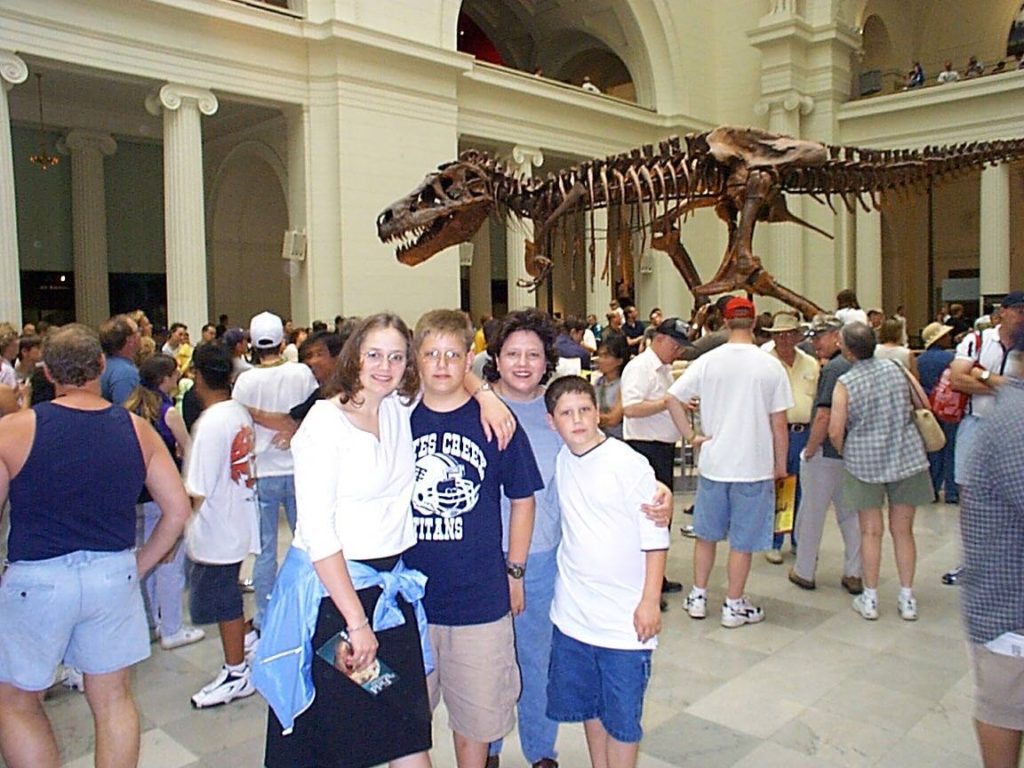 Visiting the Field Museum in Chicago with family 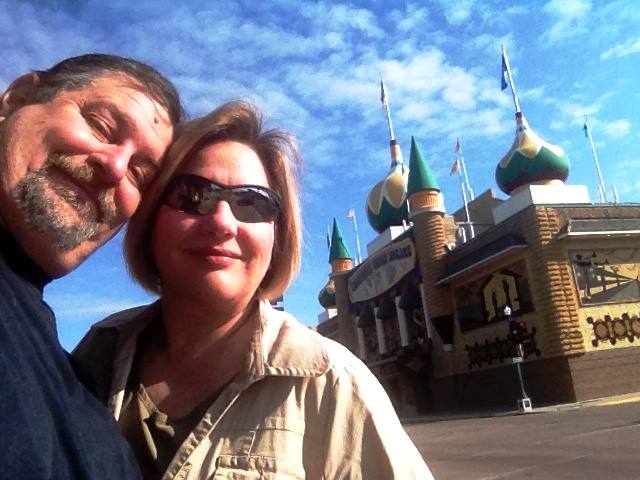 Julianne and I at the Corn Palace in Mitchell, South Dakota 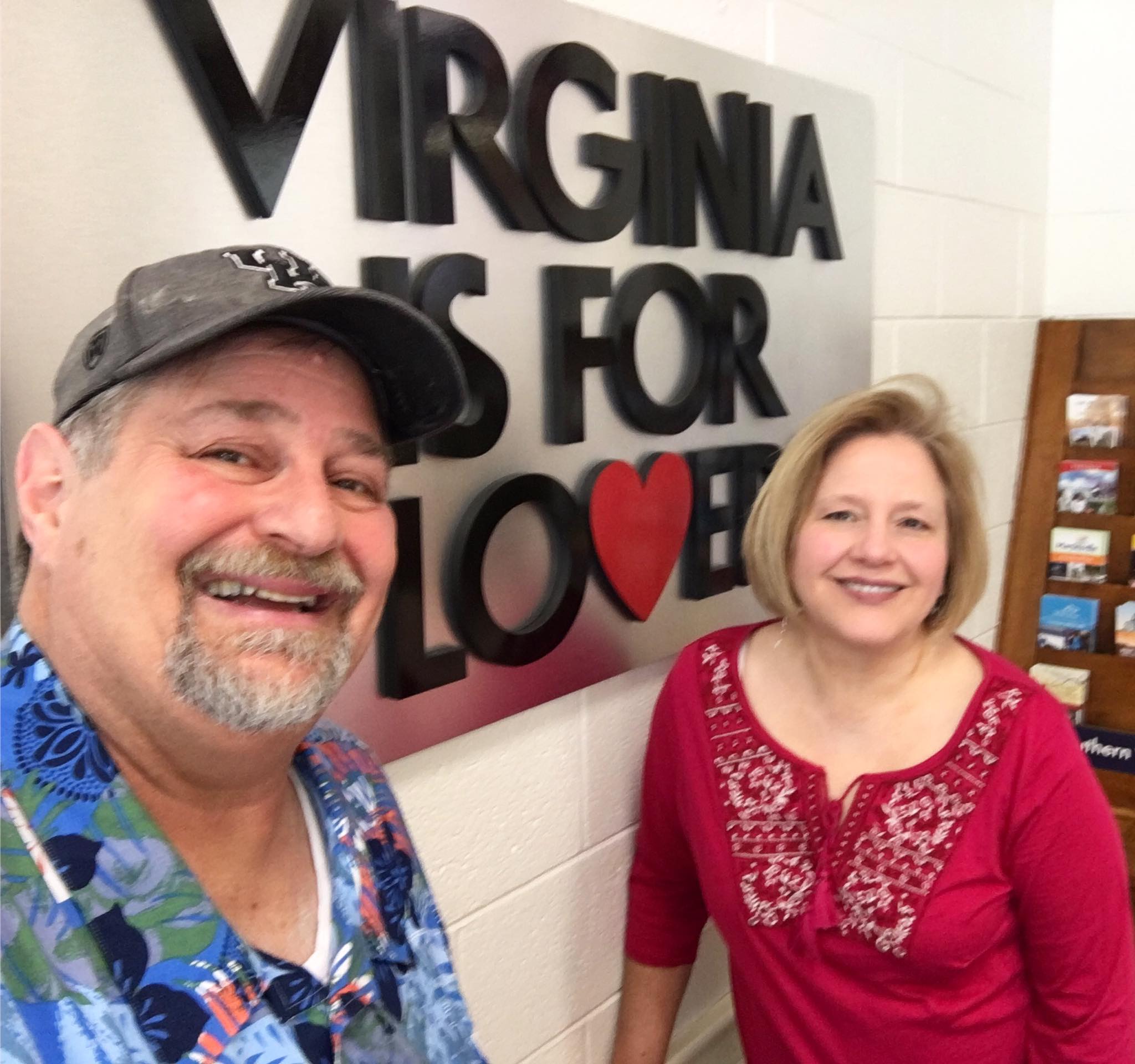 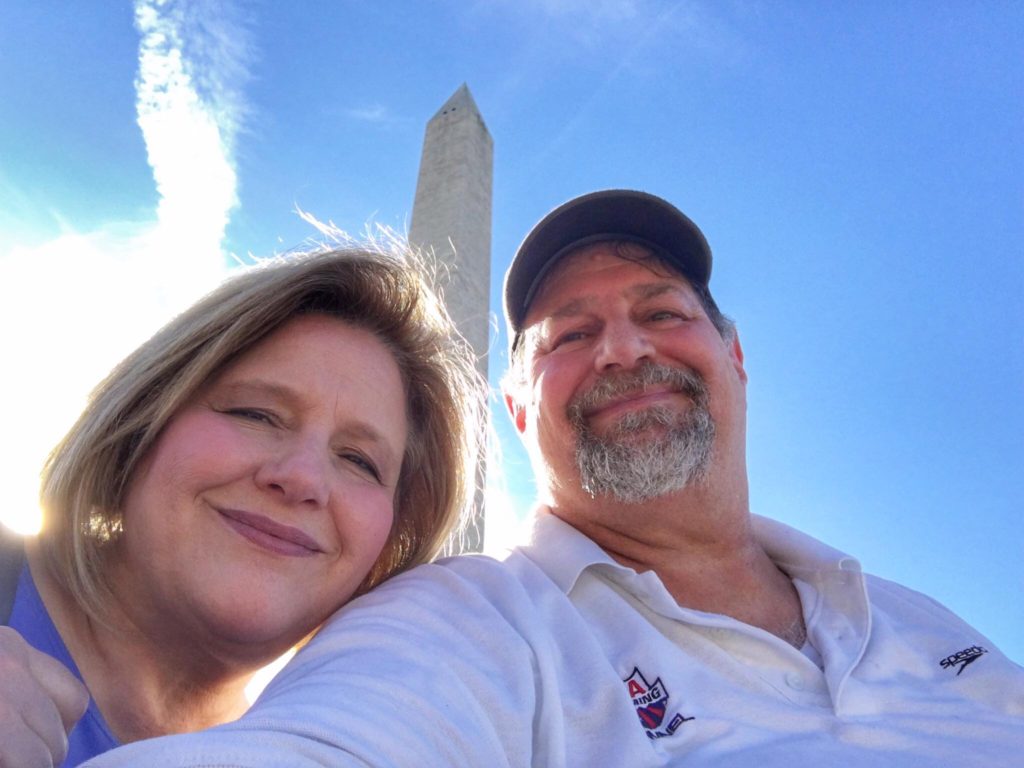 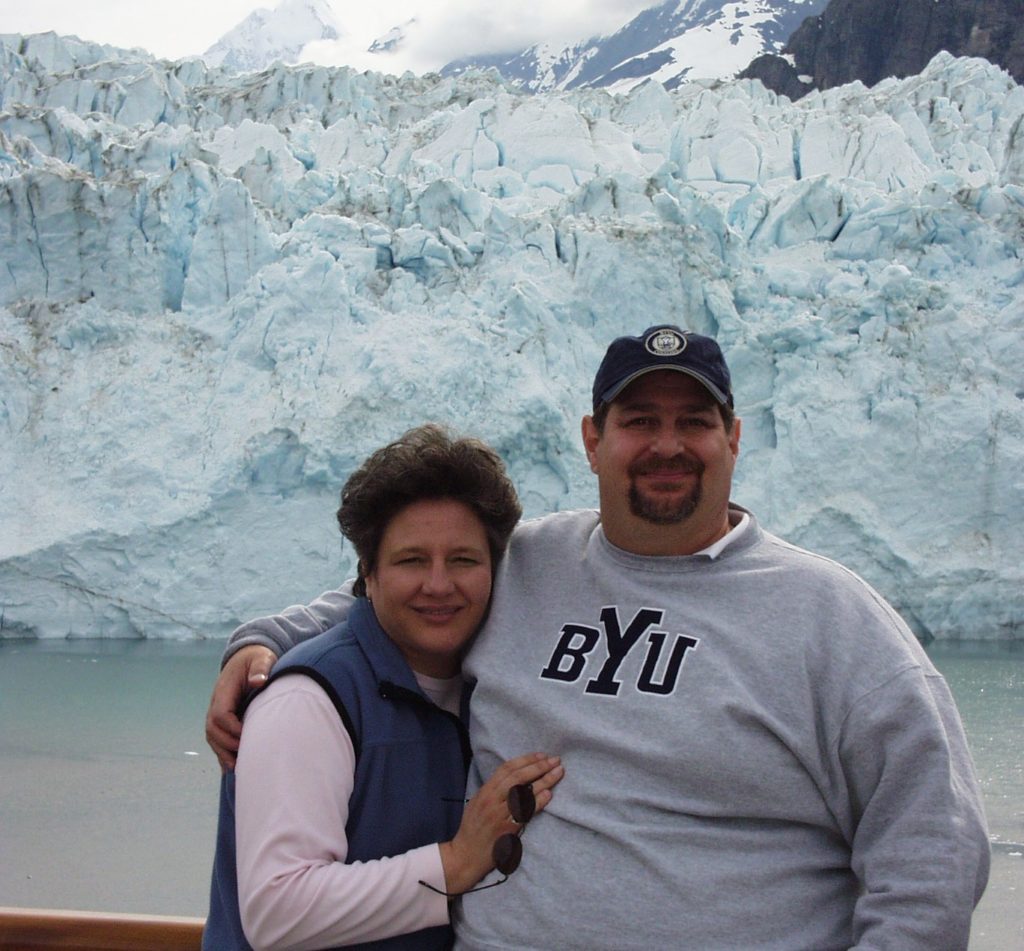 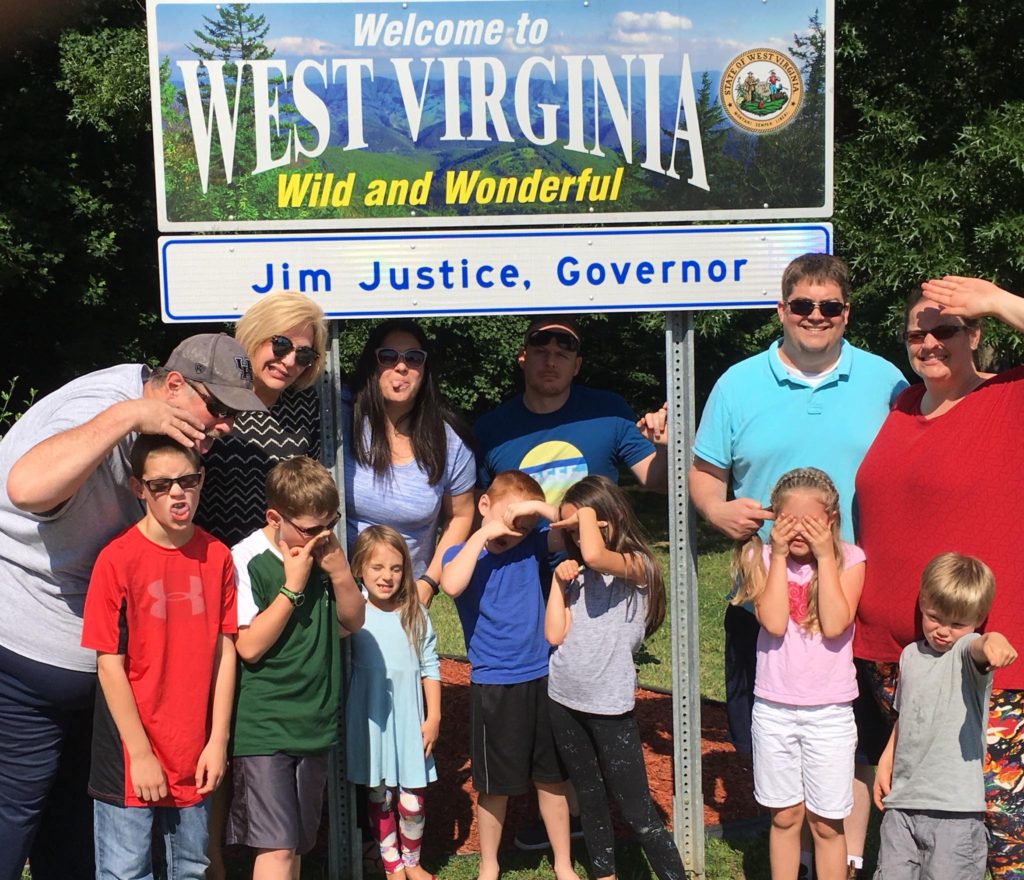 With family in West Virginia 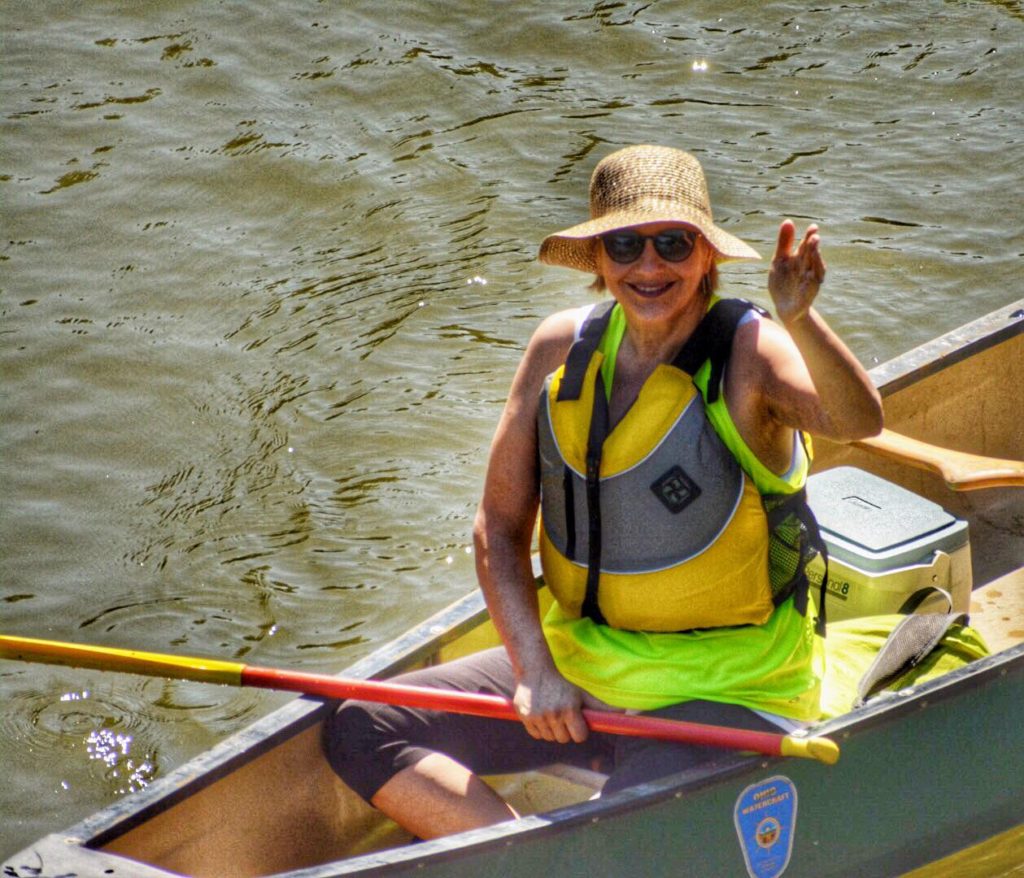 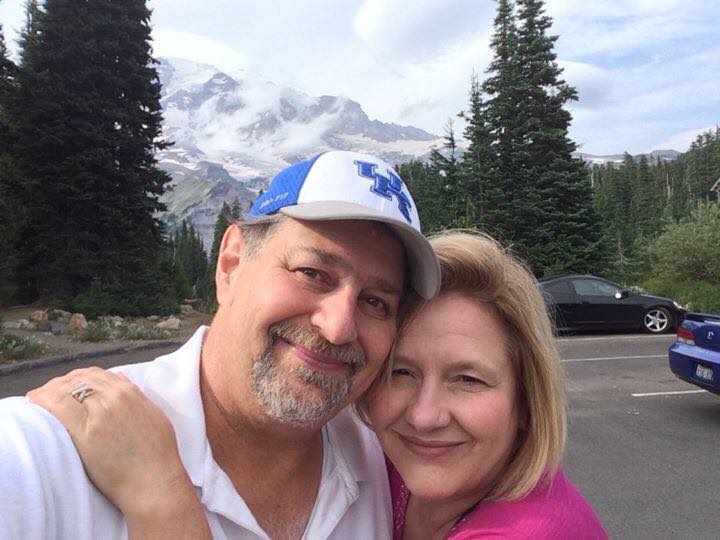 On a visit to Washington, we got to see Mt. Rainier National Park 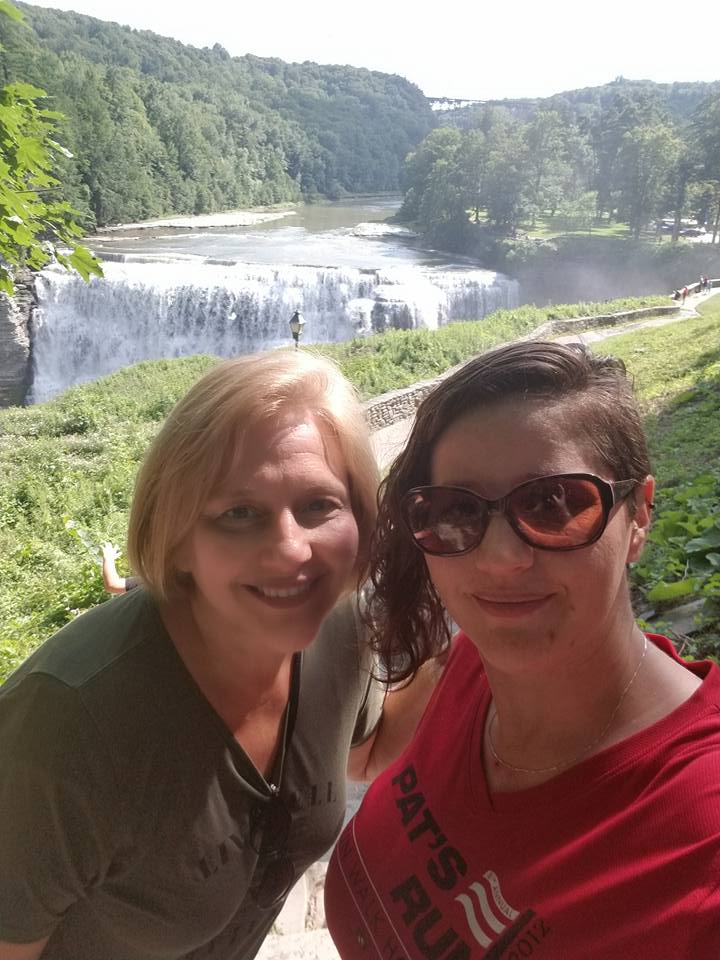 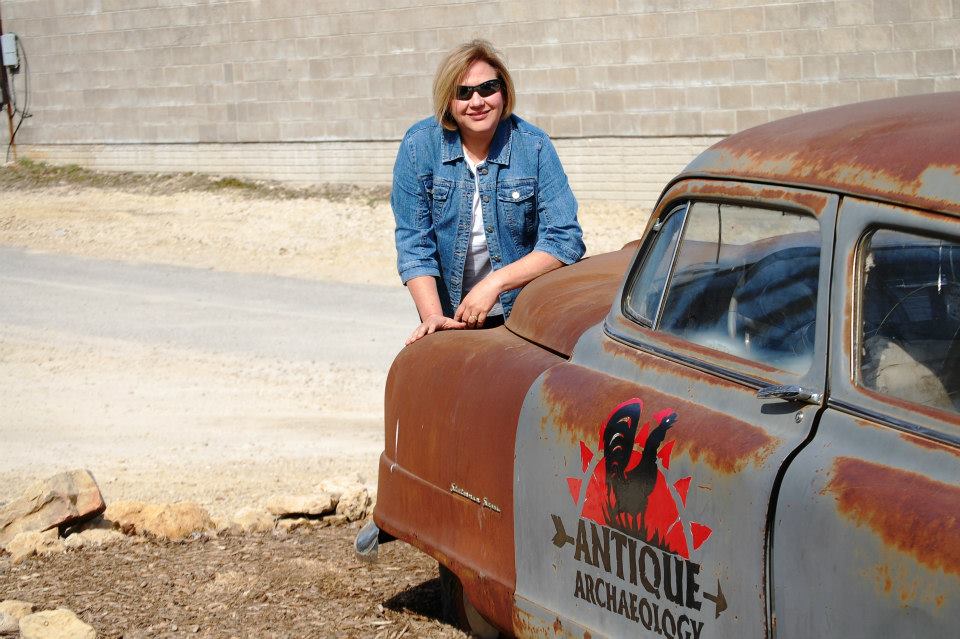 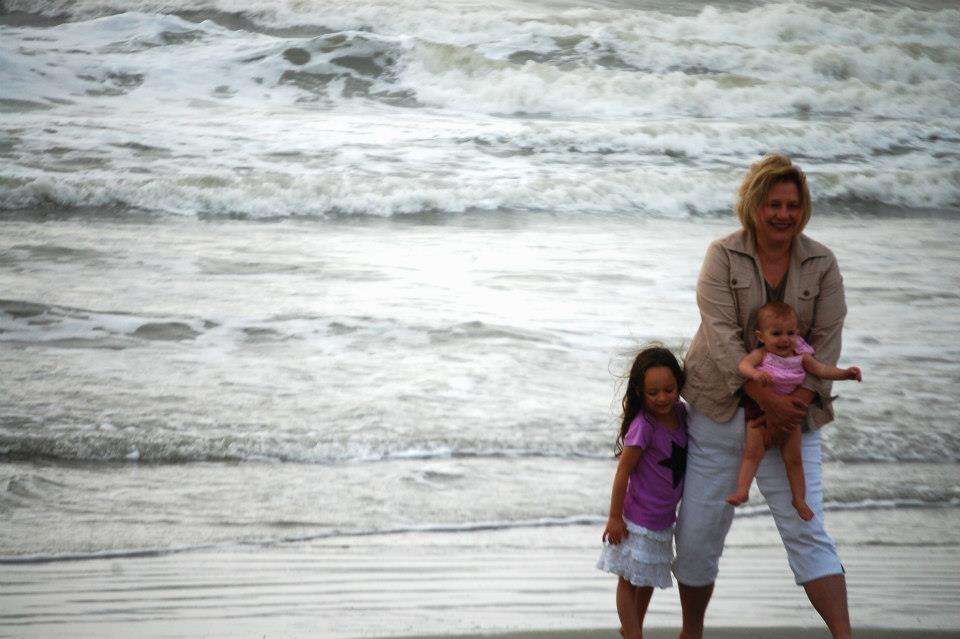 Julianne having fun on the beach with grandchildren in Hilton Head, South Carolina 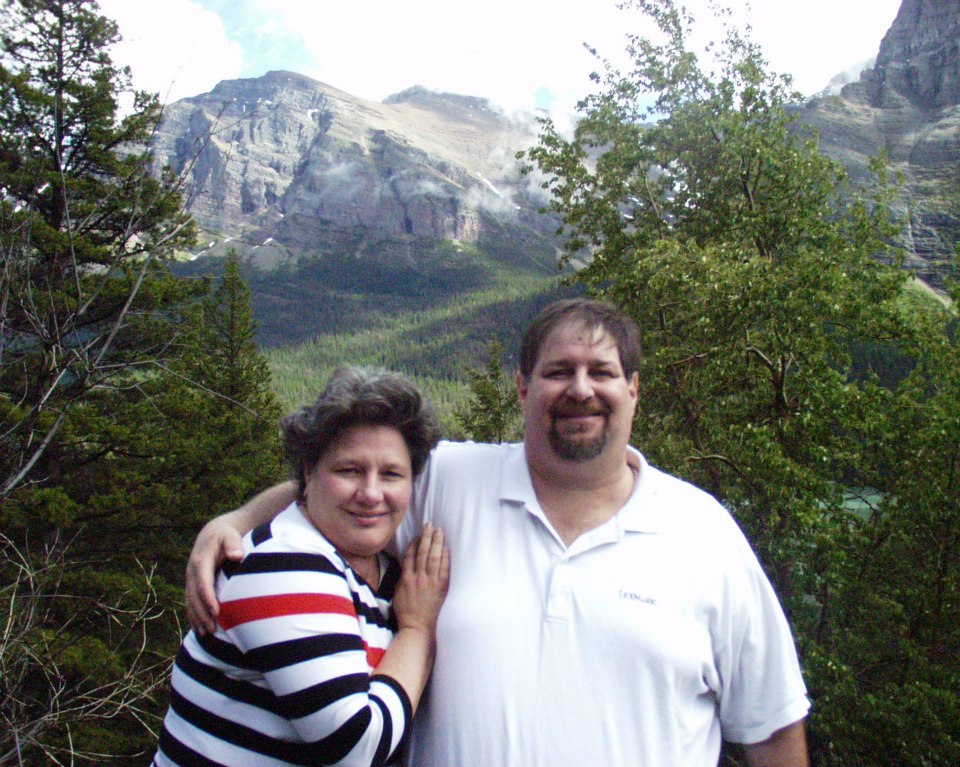 Enjoying the grandeur of Glacier National Park in Montana 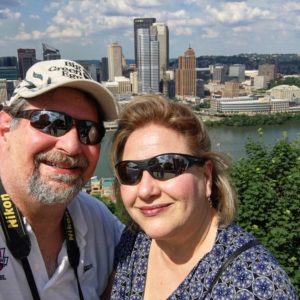 Visiting Pittsburgh on a recent trip to visit her sister

Travel runs in our veins.  Julianne may not like the long road trips that I enjoy (as do many of my children and grandchildren), but she still loves to travel.  Annually she has a sibling trip to San Diego where she spends her time in a family time share on the Pacific coast.  And now that her sister Laura is closer, we make occasional trips to Pennsylvania or meet Laura and her family in Ohio or West Virginia.

I am grateful that we have had so many adventures and memories.  I hope for even more to come. 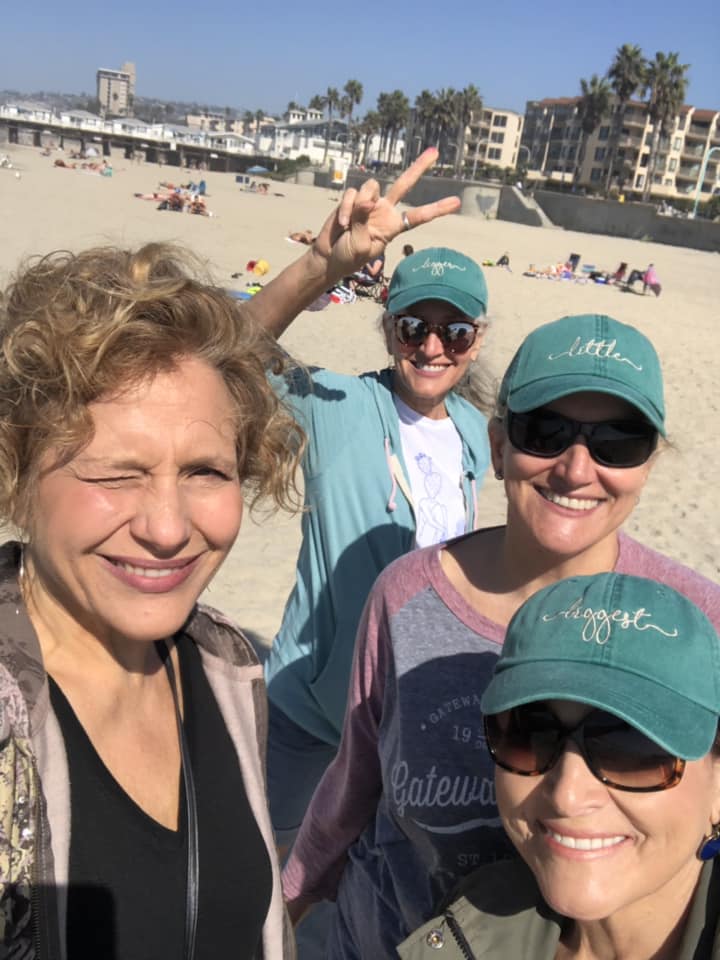 Enjoying the beach in San Diego with her sisters Maren, Kathy and Laura

Do you like travel? Are you aware that I currently have two books about offbeat and quirky places?  You can use these to take on your road trips. You can see both of my books at http://amzn.to/2ks6fQZ. Working on Book 3, coming in late Spring 2019!!