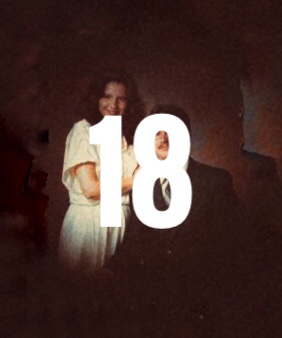 We all have those stories in our lives…you know, the unique and quirky story that gets passed down to children and grandchildren.  Well, the story of an Arizona gecko named Lizard-Beth is one of those kinds of stories and Julianne is one of the two main characters in the sad, but true, story. (Note:  The gecko photos used in this post are not mine. Back in the early 1990s we did not have cell phones or instagram.  The photos have been pulled from the internet)

We moved back from Japan in November 1991.  We had lived there for a little over four years and were finally coming back home to get established.  Naturally, we moved where family was, back to Mesa, Arizona.  Not far from her home, we found some apartments we could live in until I could get employment and we could get rolling. 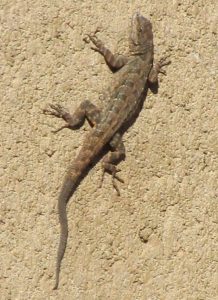 Gecko on the wall

As the 1992 spring rolled around in Mesa, the wildlife started appearing.  Every evening we had a visitor on our front porch wall.  It was a friendly little gecko.  It was there almost every evening.  One day Julianne, I believe, named it Lizard-Beth.  We would say hi to Lizard-Beth as we walked in every evening or whenever we saw her (we decided it was a “her” since its name was Lizard-Beth.

Of course, Lizard-Beth did no harm.  She would get on the wall in the early evening and wait for her tasty buggy treats to come flying to our porch light.

It was nice to have a pet that we didn’t need to take care of regularly. 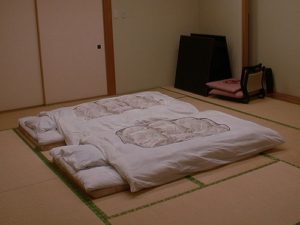 Japanese futons….sleep on the floor

Having moved back from Japan, we brought back many items that we used there.  We loved our Japanese futons (pronounced Foo Tones) and brought some of them back from Japan.  We had gotten used to sleeping on the floor in our futons and so we used them in our apartment until we could graduate to new beds.

Really, the futons were quite comfortable.

Well, one morning in the spring of 1992, I was already up and working on resumes or watching the kids or something.  Julianne was able to sleep a little longer.  And I am sure she needed it. 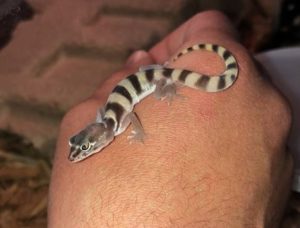 A gecko can crawl in bed with you

She awoke and came into the room with a look of horror on her face.  I asked her what was wrong and she said something like “I can’t even speak of it.  It is so terrible.” And I recall asking her again, and she led me into the bedroom where, upon close inspection, I could see that Lizard-Beth (or perhaps a close relative) has crawled into bed with Julianne.  Julianne made it our alive, but the poor gecko ended up squished and in a couple of pieces as a result of Julianne’s rolling over, or whatever.  To this day, I am not sure if Julianne was horrified by the thought of a gecko crawling into her comfy futon with her or if she was more horrified to find its squished remains laying on the sheets where she had just awakened. 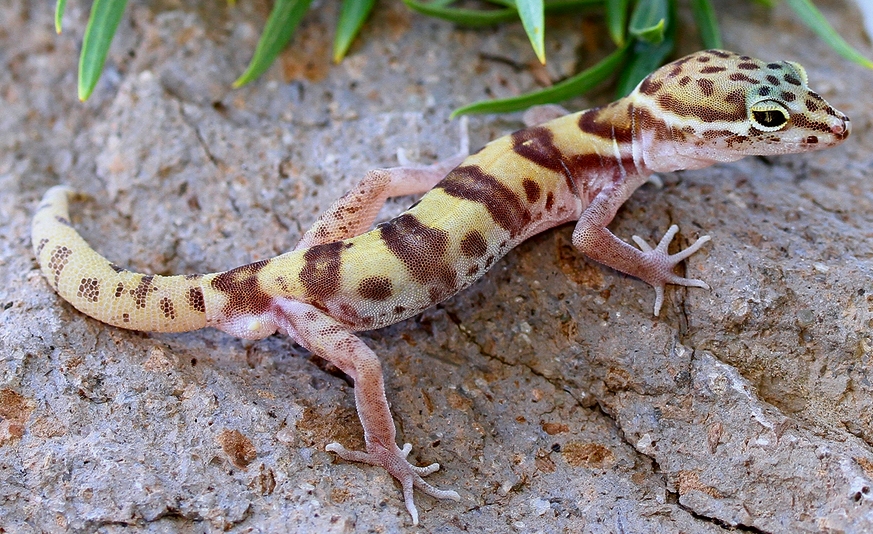 I cannot recall if we ever saw Lizard-Beth on our porch again after that.  Had she somehow snuck into our house to stay warm?  Did she want to share the love and come cuddle with Julianne, who had affectionately named her?  We will likely never know.  What we do know, is that she came to her demise that spring morning in Mesa, Arizona.