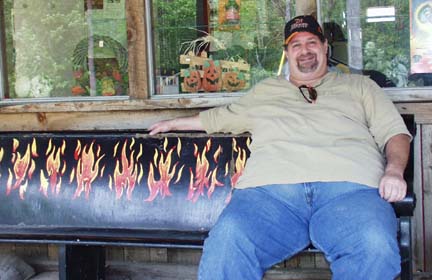 Sumoflam on the blazin’ bench in Hell (Michigan that is)

Everyone knows that Halloween time is a time for young and old alike to get all dressed up in costumes.  I have never been one to shy away from this, even when it is not Halloween.  Here are a few Sumoflam spookies and Sumoflam spoofies from over the years…. 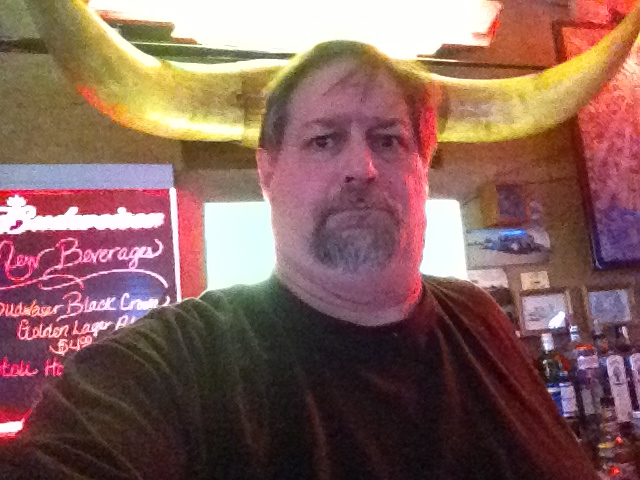 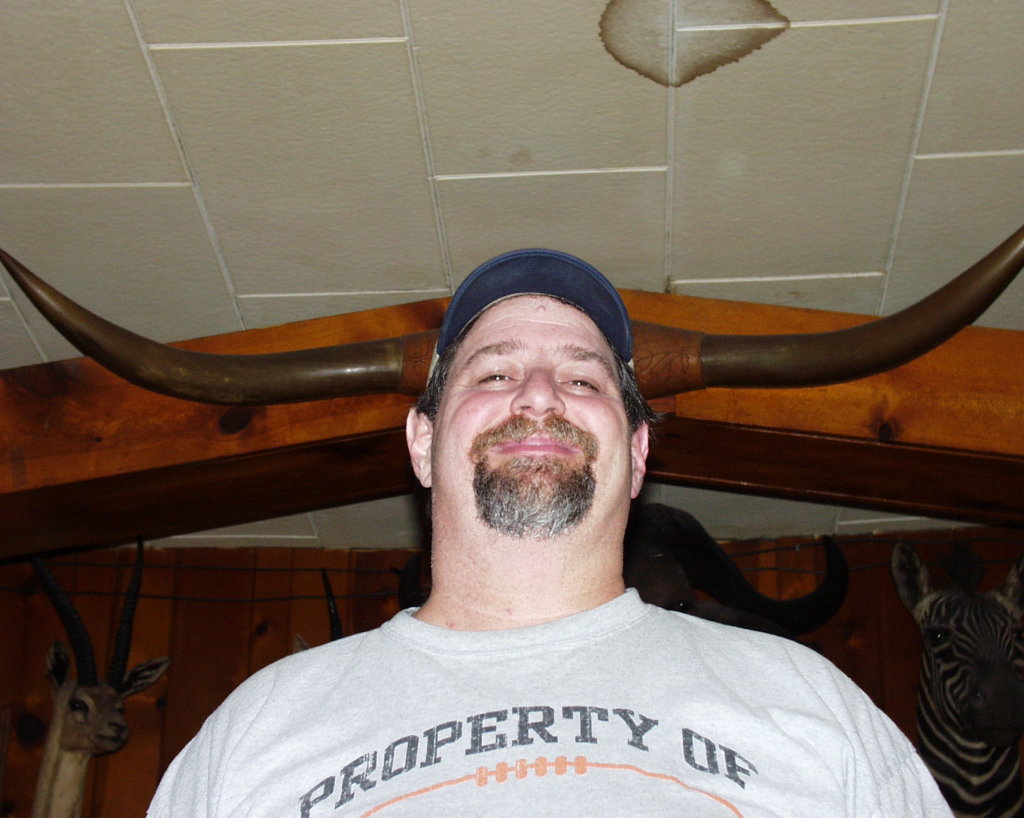 Besides the antics, I have been “in costume” many times.  How about a few…. 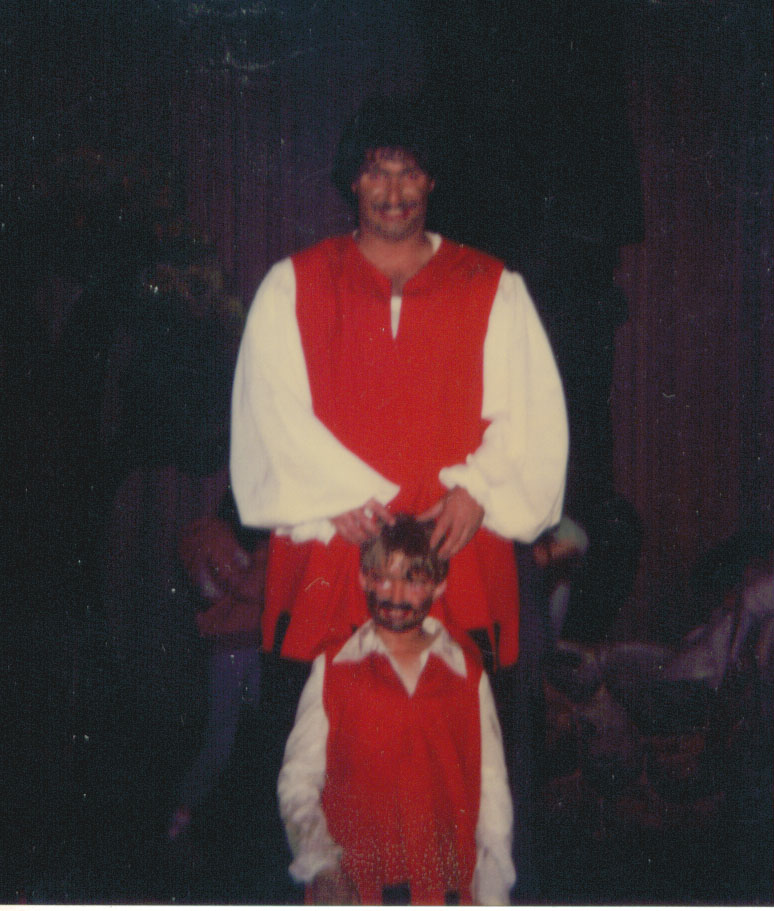 I was the terrible giant in a Jack and the Beanstalk play back in the early 1980s in Flagstaff….Fee Fi Fo Sumoflam 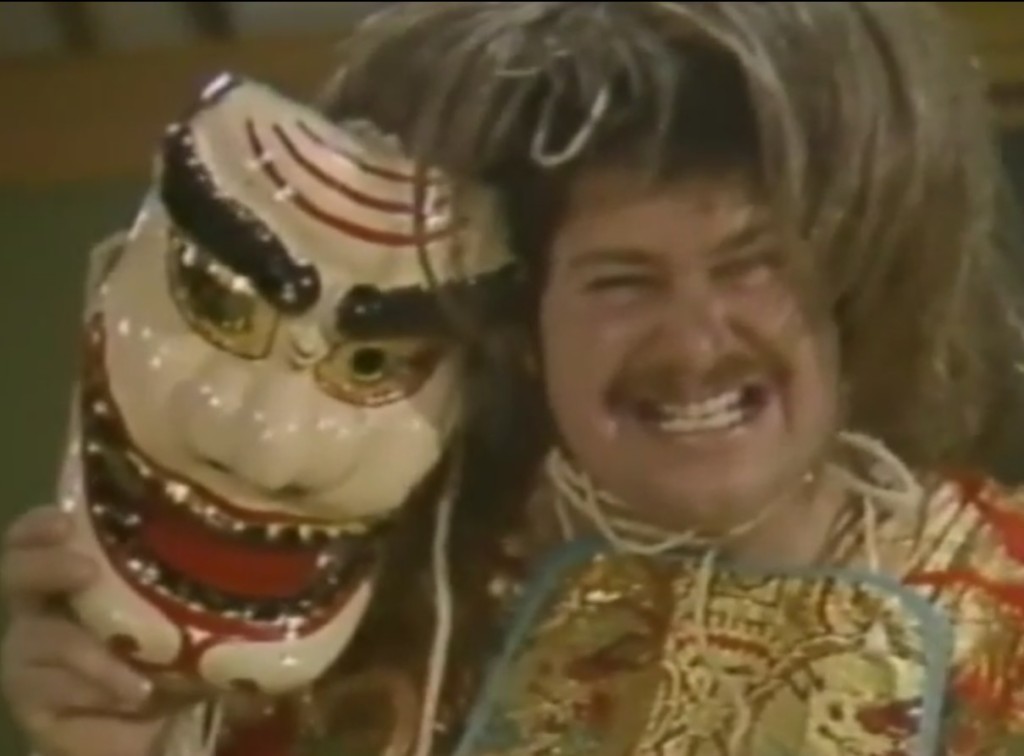 A few Halloweens back I threw on some fun outfits for a Trunk or Treat…. 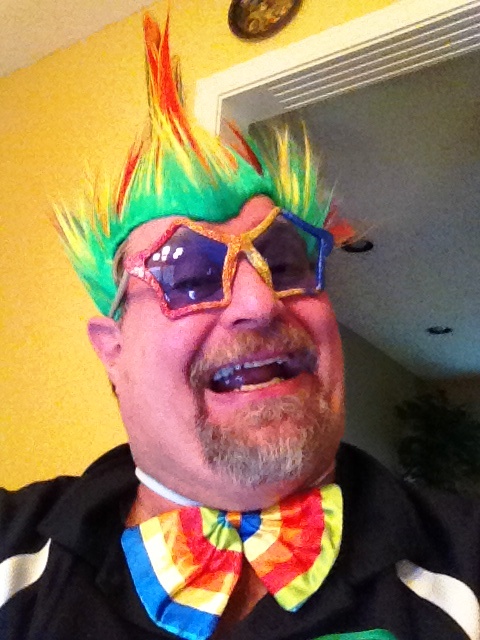 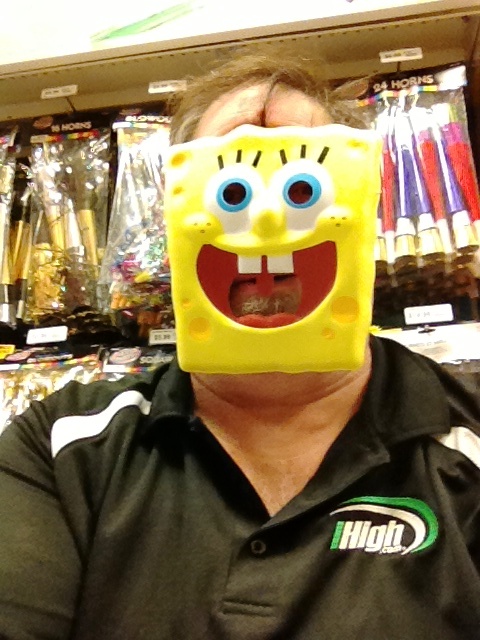 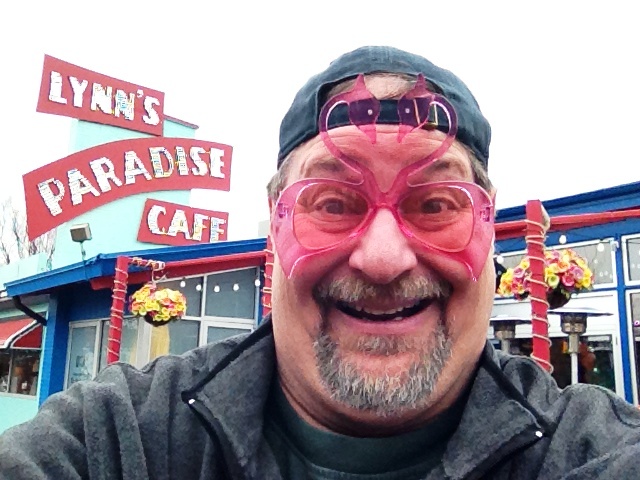 I always like interesting shades…in fact, my future is so bright I gotta wear shades 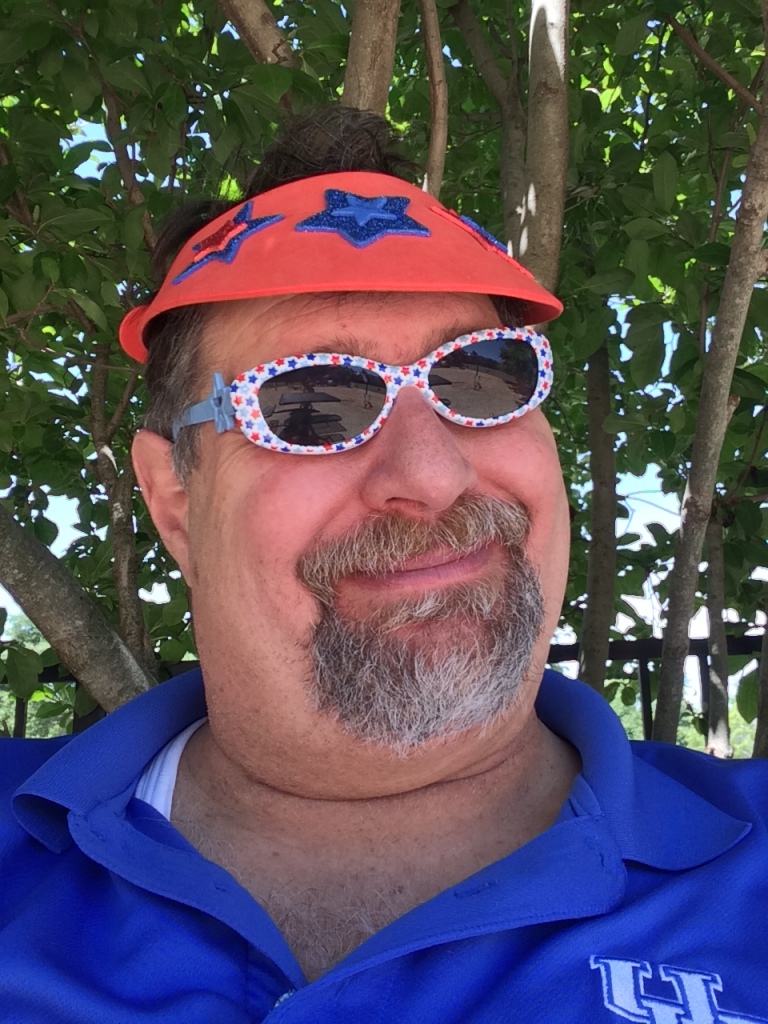 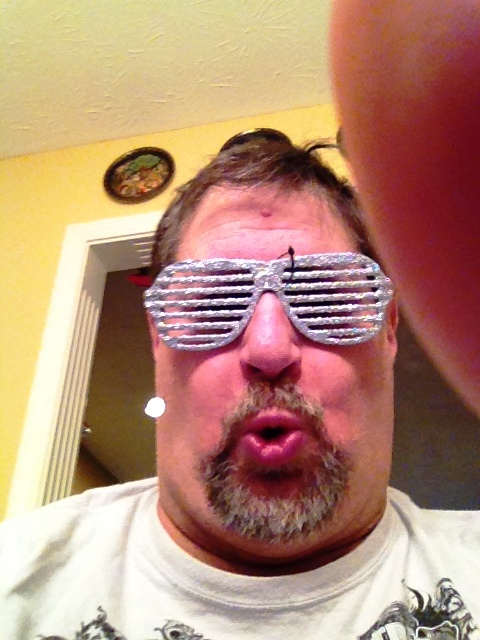 There is the Japanese costumer in me.  I had many opportunities for dress up in Japan… 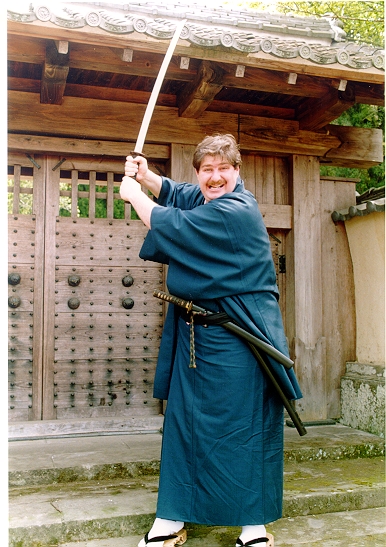 Sumoflam the Samurai – for a TV show in Japan 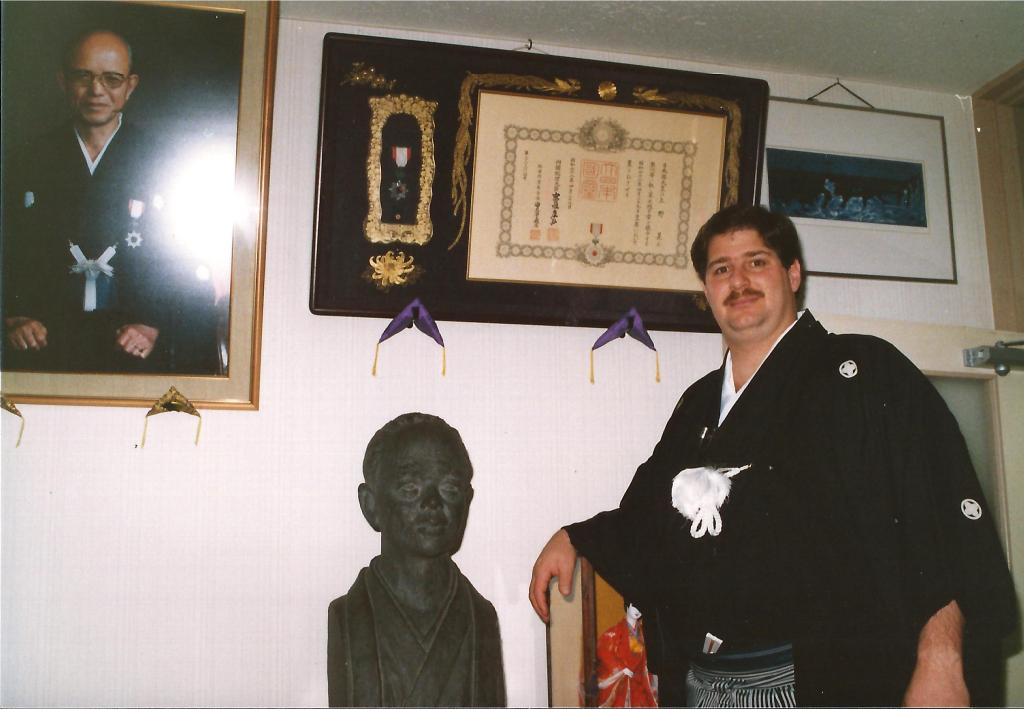 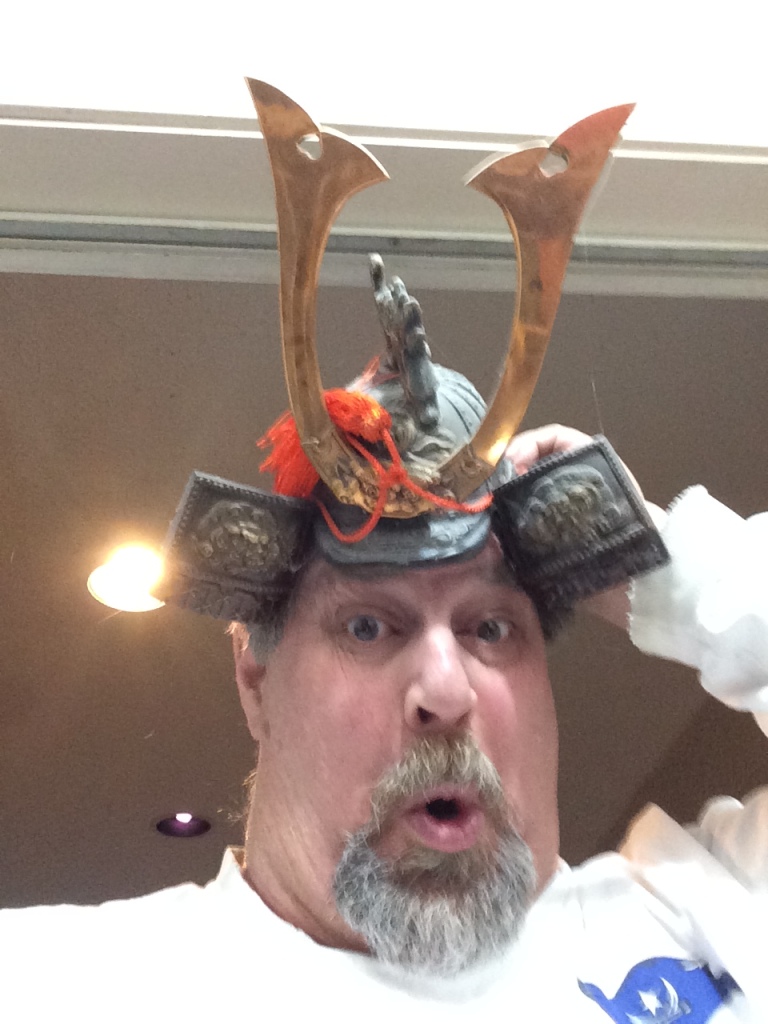 Well…not quite in Japan and not quite the right size…but I tried to be a samurai…. 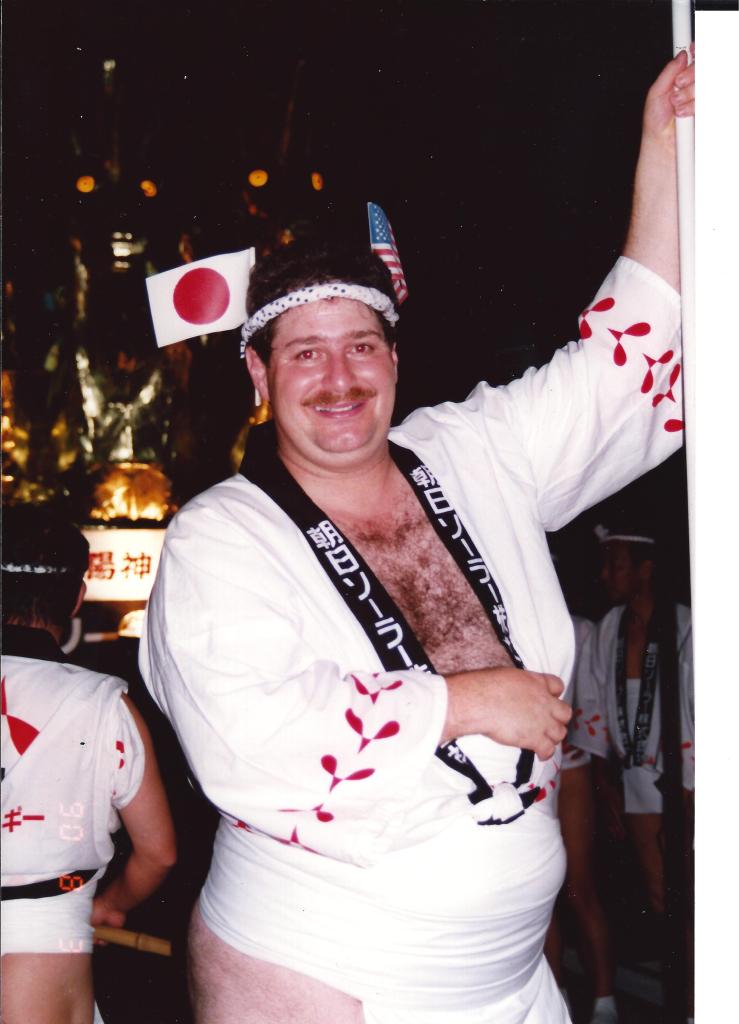 Dressed down for Tanabata festival in Oita, Japan as part of the Asahi Solar Contingent

Speaking of Asahi Solar, back in 1990 when I lived in Japan, I worked for them. They sold Solar Water Heaters, a big business in Japan. I was asked to be in a commercial where I would sit in the bath tub and sing an old traditional Japanese song while playing with this little doll, named Solar Bo, that would shed his clothes when put into hot water. It was a hit commercial all over Japan for about 6 months. Still funny after all these years. Anyway, the advertising agency Dentsu guys decided to make a “Making Of…” video and had me flying over Arizona in a bathtub to the tune of Ghostbusters…hey…its Halloween music.

Then there is me hiding behind a Ghostbuster donut…. 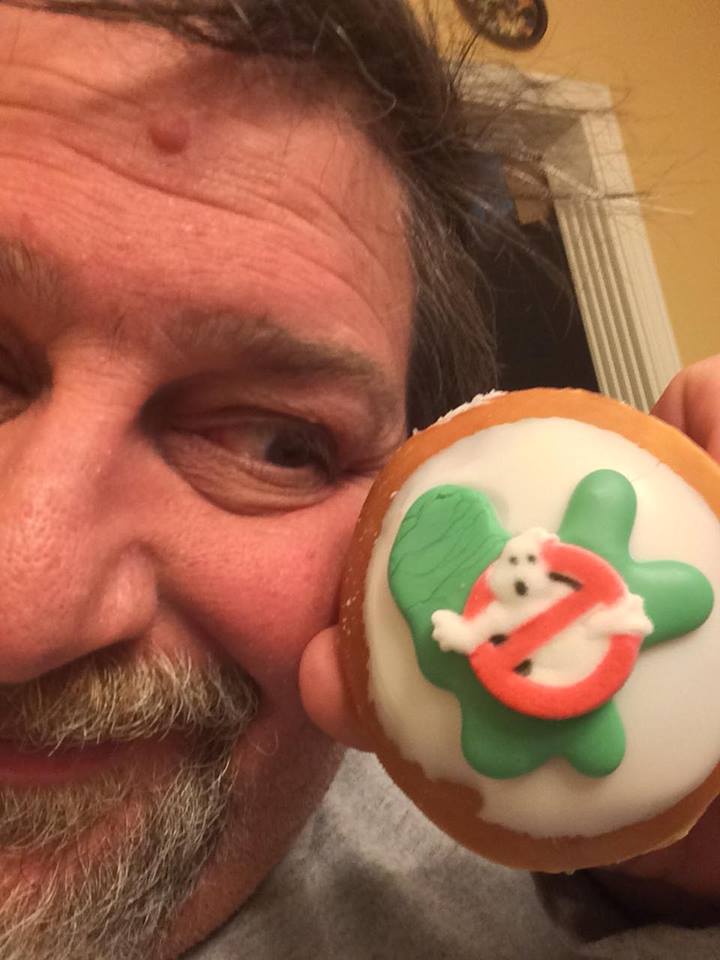 Donuts aren’t the only place you’ll find me hiding…. 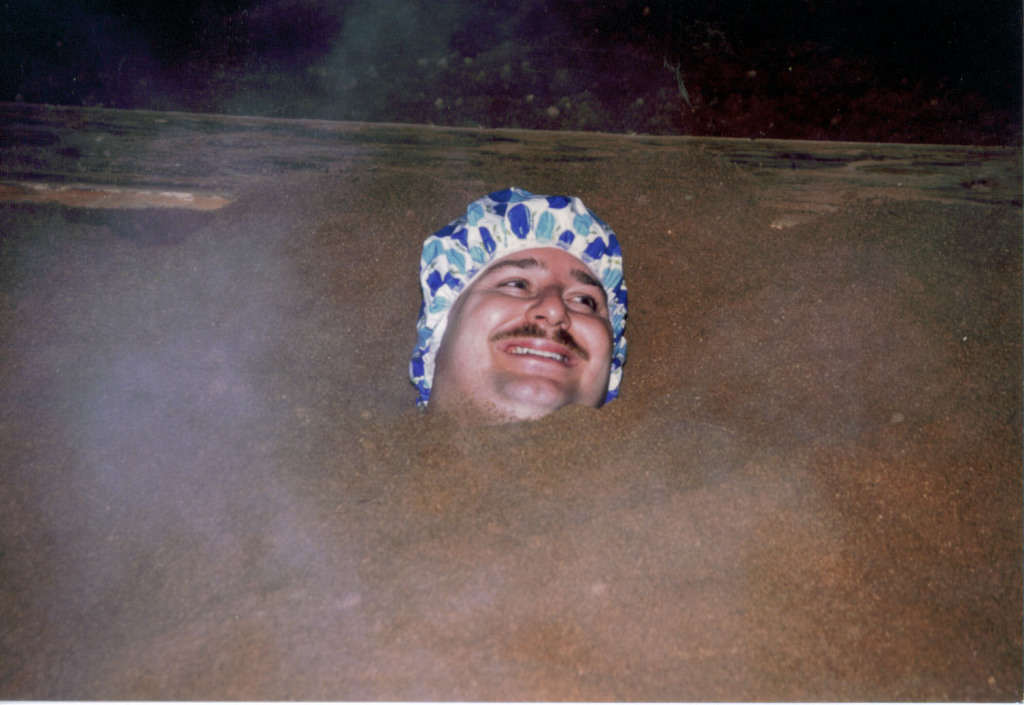 Hiding in the sand in a sandbath in Japan 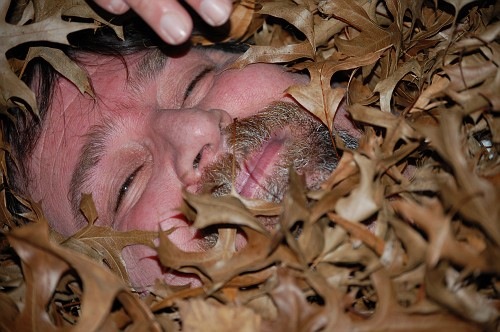 Hiding in the leaves 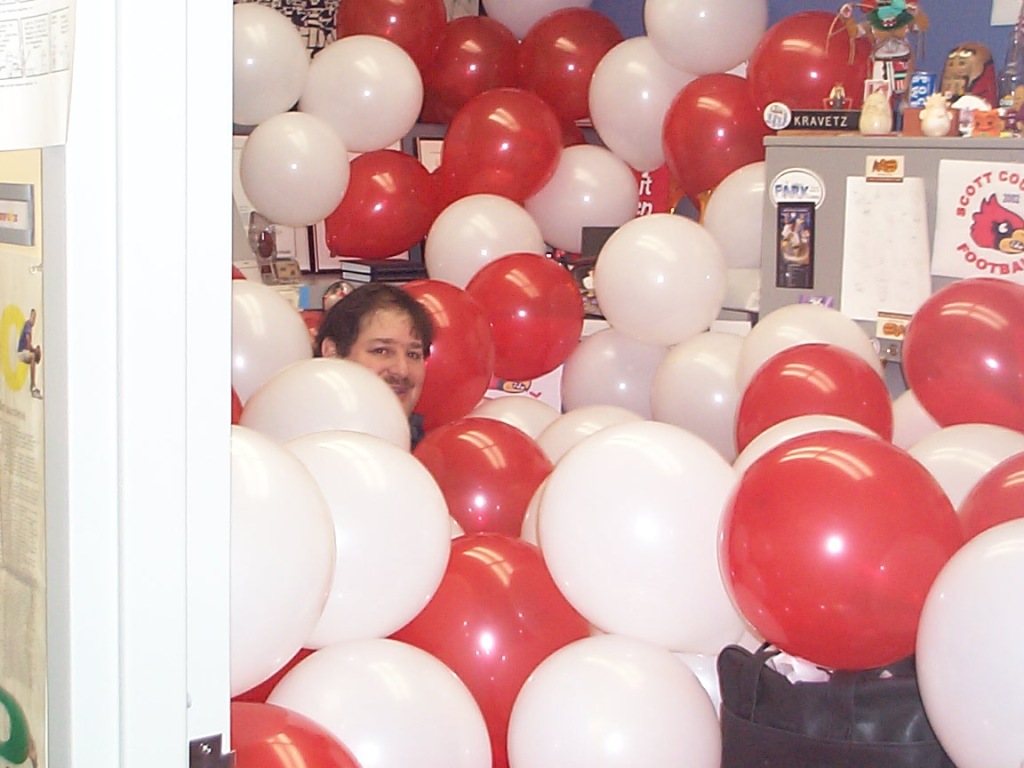 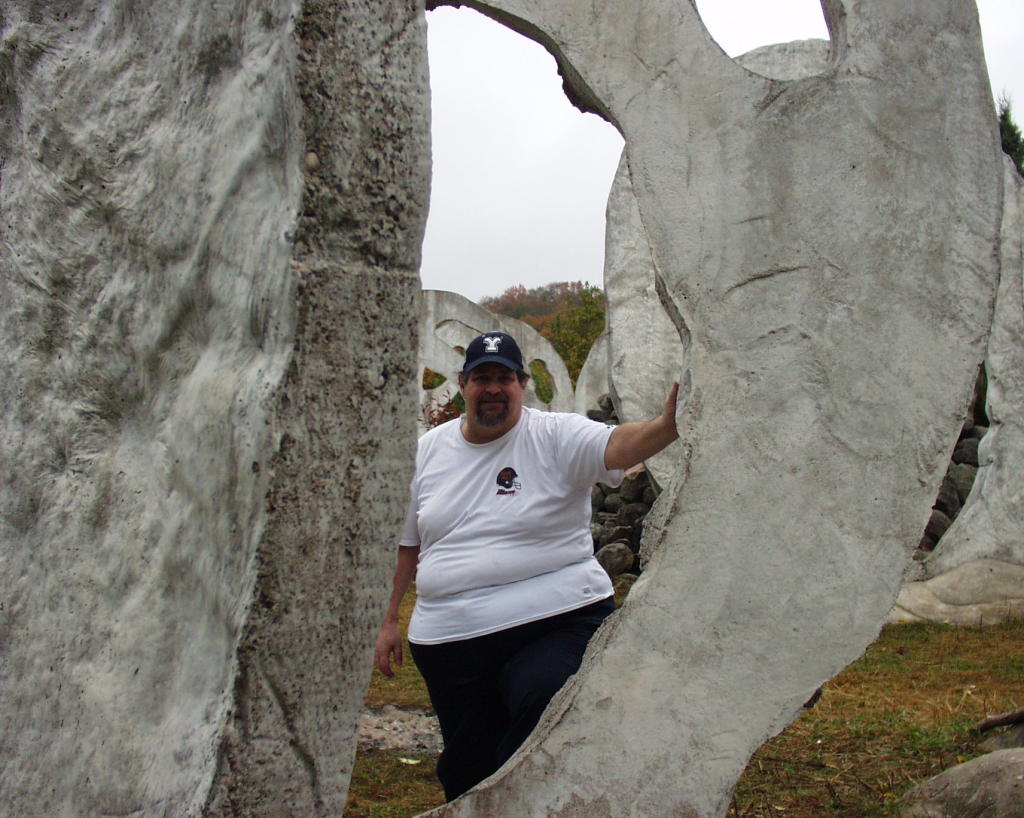 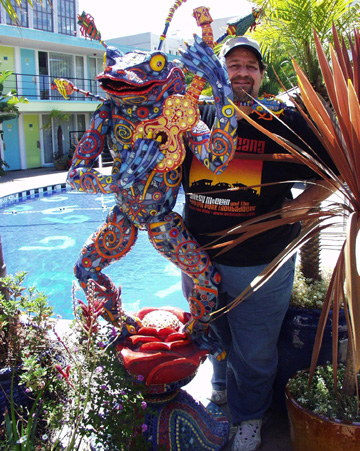 Hiding behind a thing…something in San Francisco 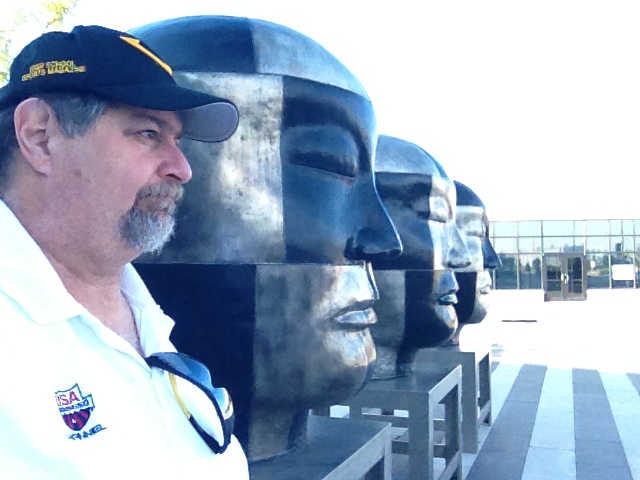 Incognito in Council Bluffs…blended right in…

Then there was the day in Provo, UT in 1978 where some friends dressed me up….’nuff said… 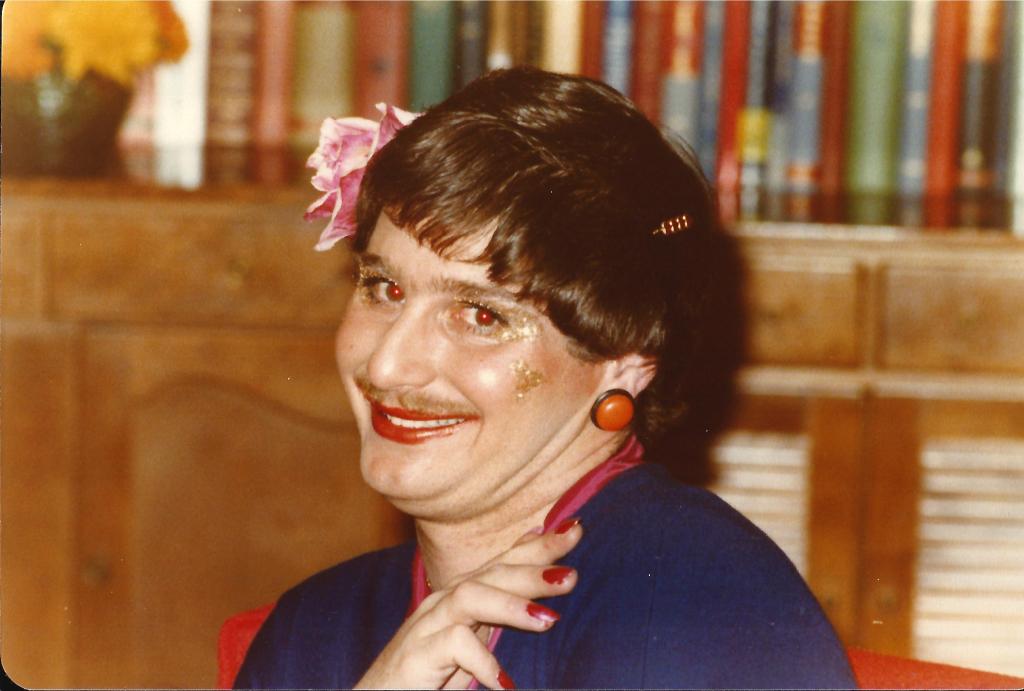 Indeed, I am unabashed.  I’ll even stick my head out (or in) to have a gag shot… 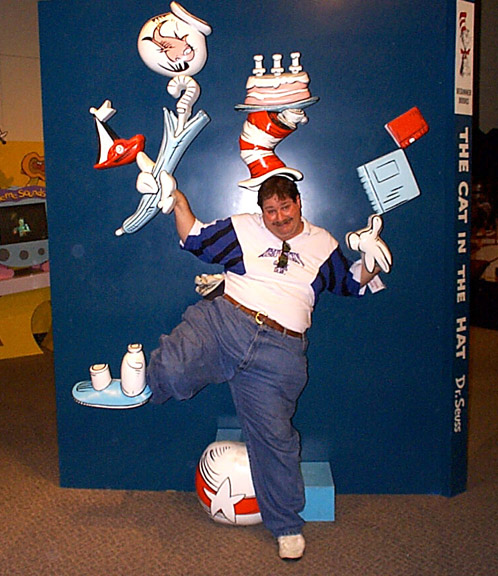 Krav in the Hat

Dressing up is fun, but sometimes, just making faces or even just having a bad hair day is fun (and maybe even scary) 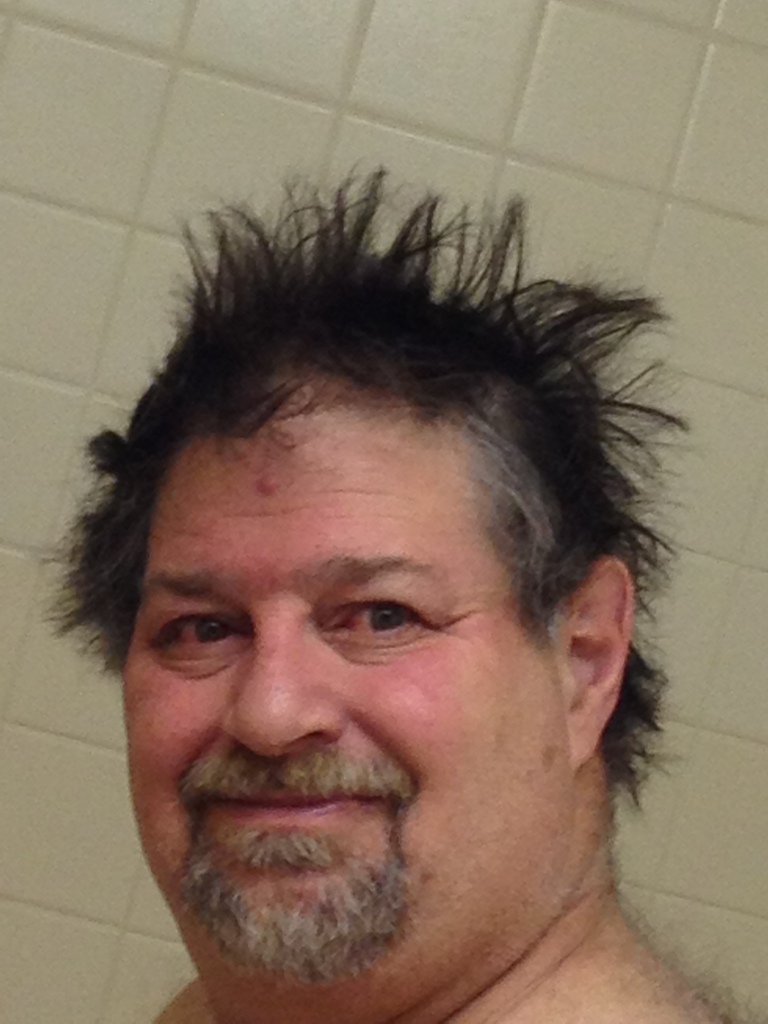 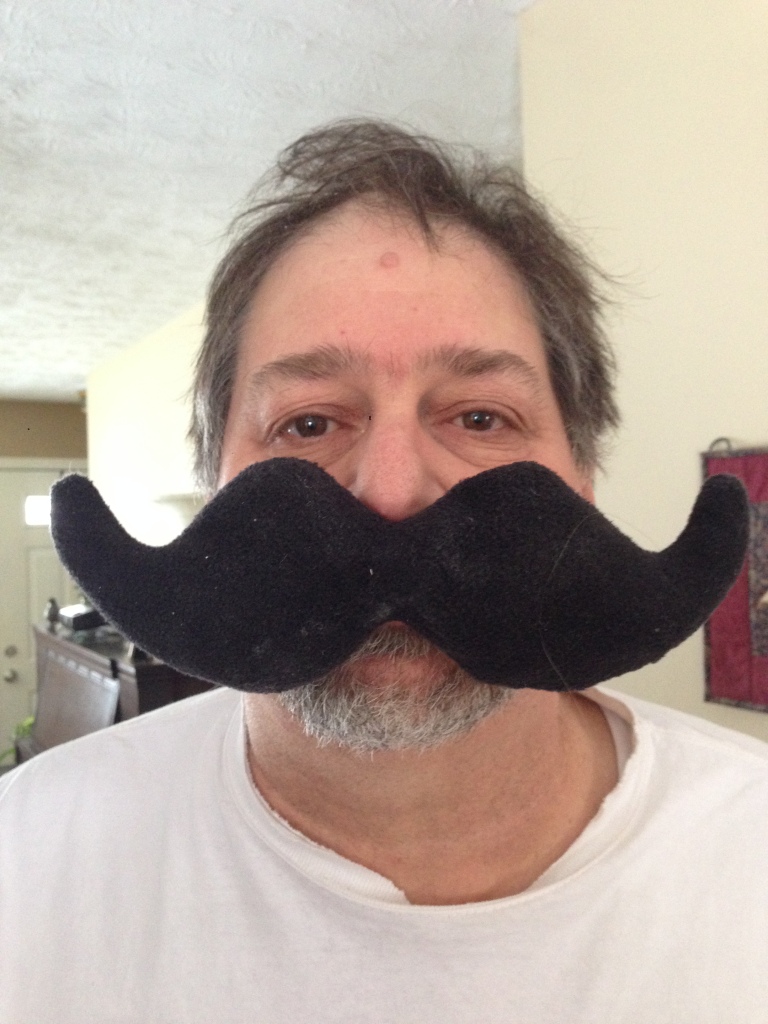 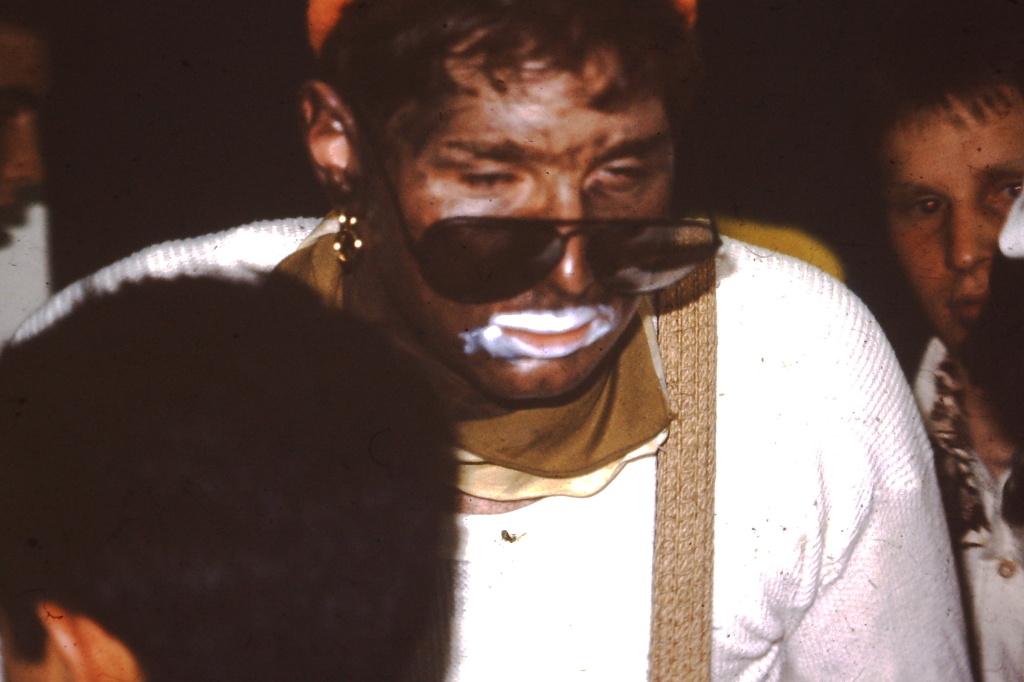 Who knows? (Taken in 1977 while a missionary in Japan) 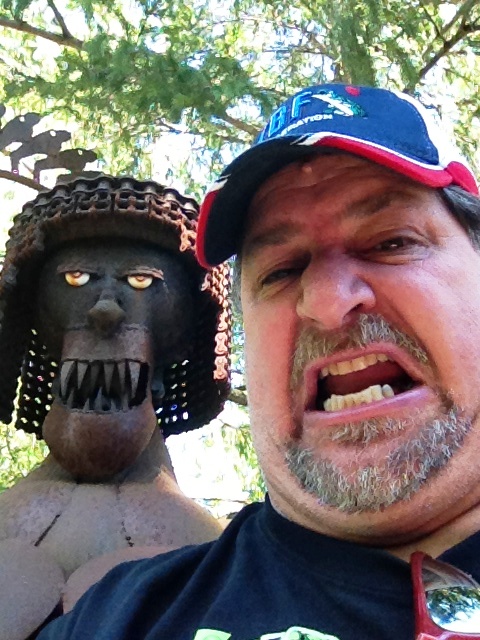 Then, there is that other holiday…and I have dressed up for it  on many an occasion over the years.  The one below is from Japan in 1977. 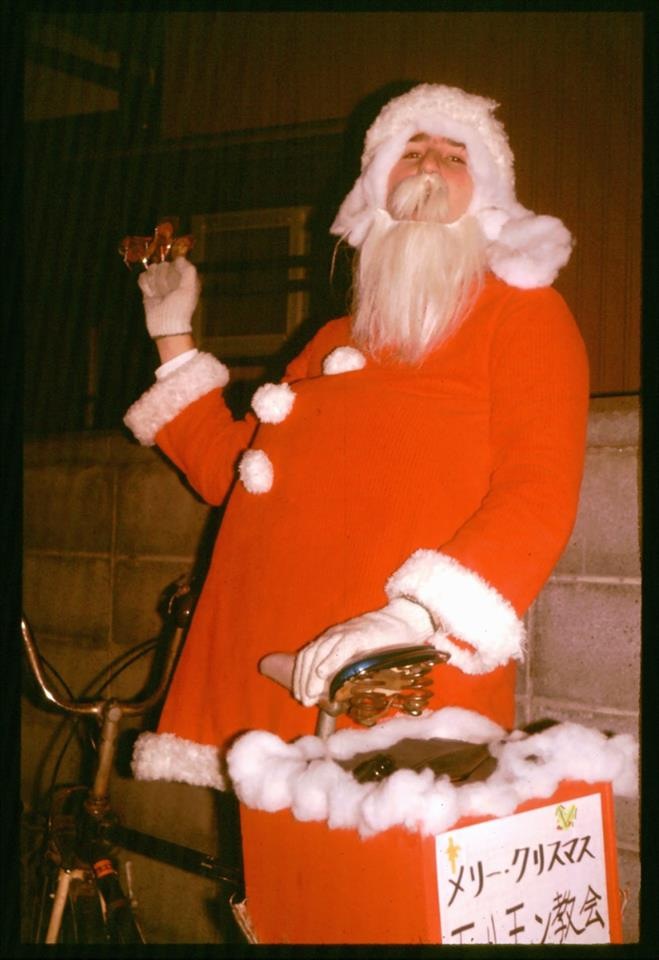 Not to be too witchy, but I found myself a good witchy woman for Halloween…Happy Halloween!! 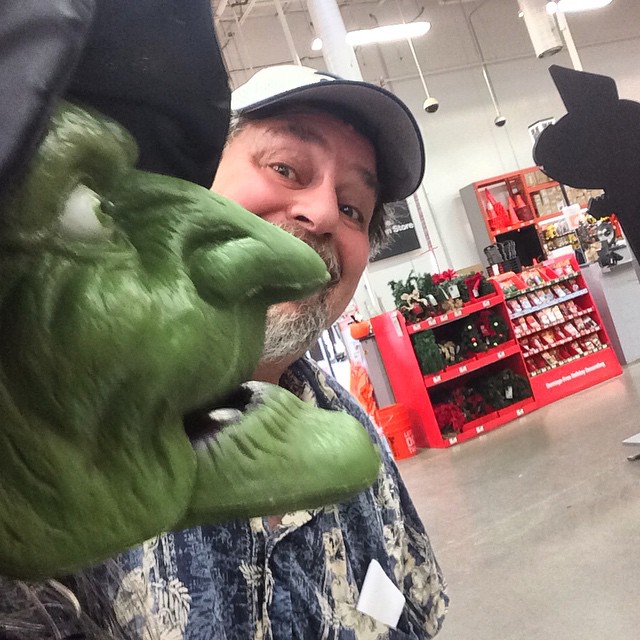