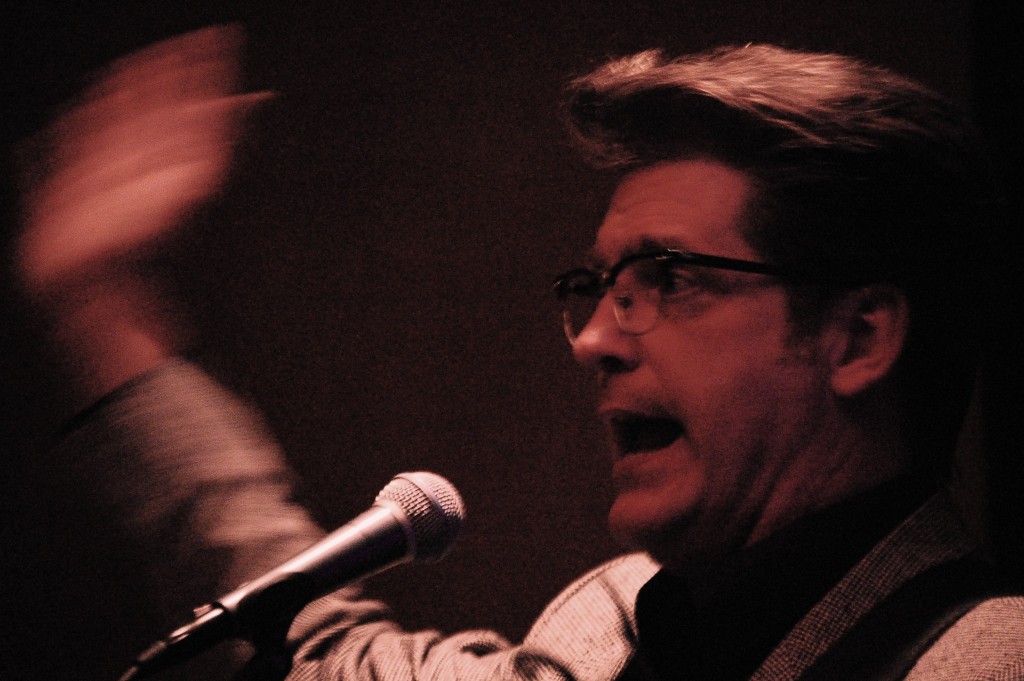 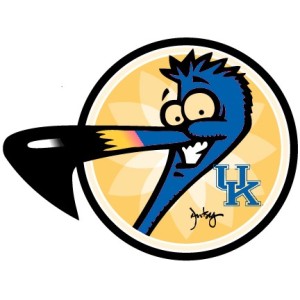 Artwork by Antsy McClain (with some revision by Meadowlark Creative and Sumoflam added the colors and UK logo) This is the “Go UK!” Sumoflam logo

Back in early April 2014 I wrote a post entitled “Synchronicity on a Saturday Night: UK Basketball & Antsy McClain“.  It was all about a Saturday night (April 4, 2014) when I attended an Antsy McClain concert in Harrison, OH and, on the same night, the Kentucky Wildcats were playing in the opening game of the Final Four of the NCAA Tournament against the University of Wisconsin.  I noted the synchronicity and a number of unique coincidences revolving around the whole evening of events. (And UK won on a last second three pointer by Aaron Harrison to advance to the finals – they lost to Wisconsin this year) 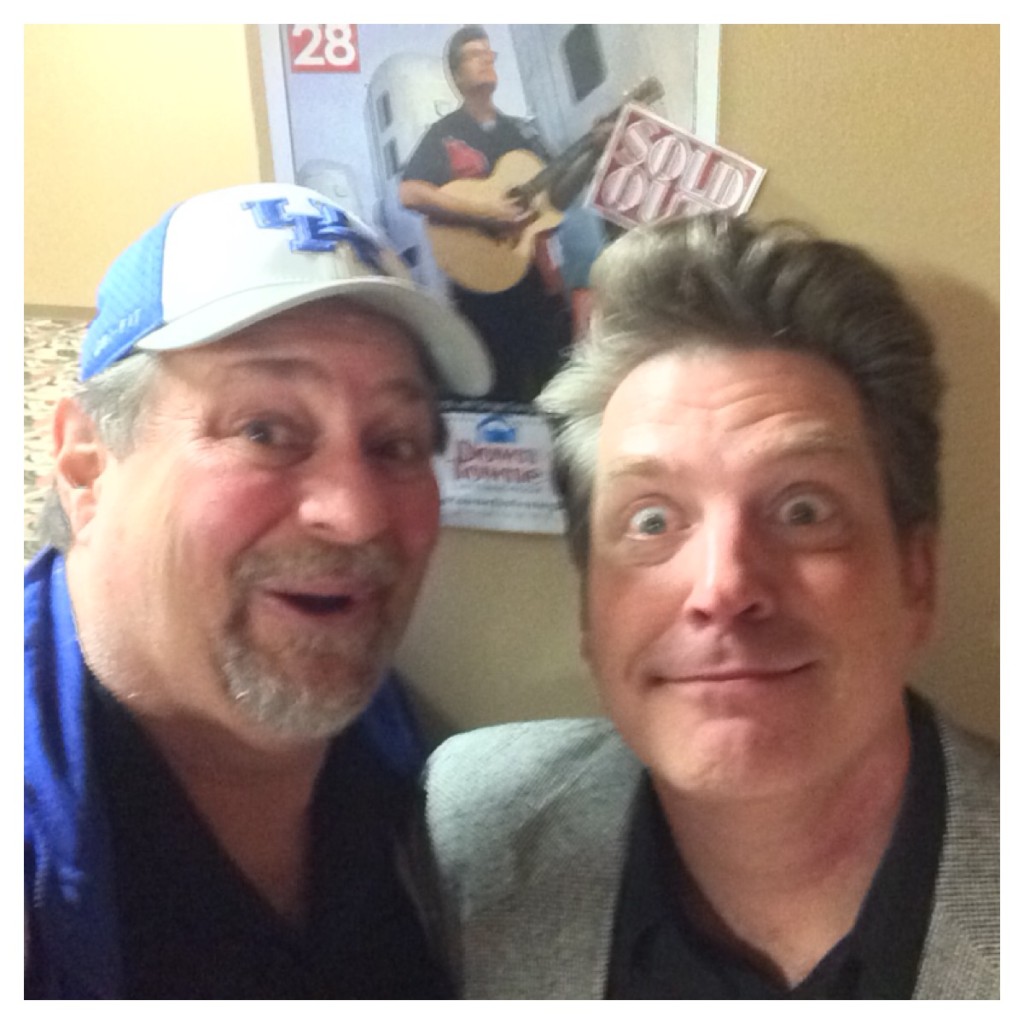 Almost one year later I was again in Cincinnati to see Antsy McClain (March 28, 2015) and, again, the UK Wildcats were battling it out against Notre Dame in the Elite 8.  And here I was, in my UK hat cheering on Antsy McClain at the intimate, yet wonderful DownTowne Listening Room in Downtown Cincinnati while the UK Wildcats were in yet again a barnstorming back and forth battle. 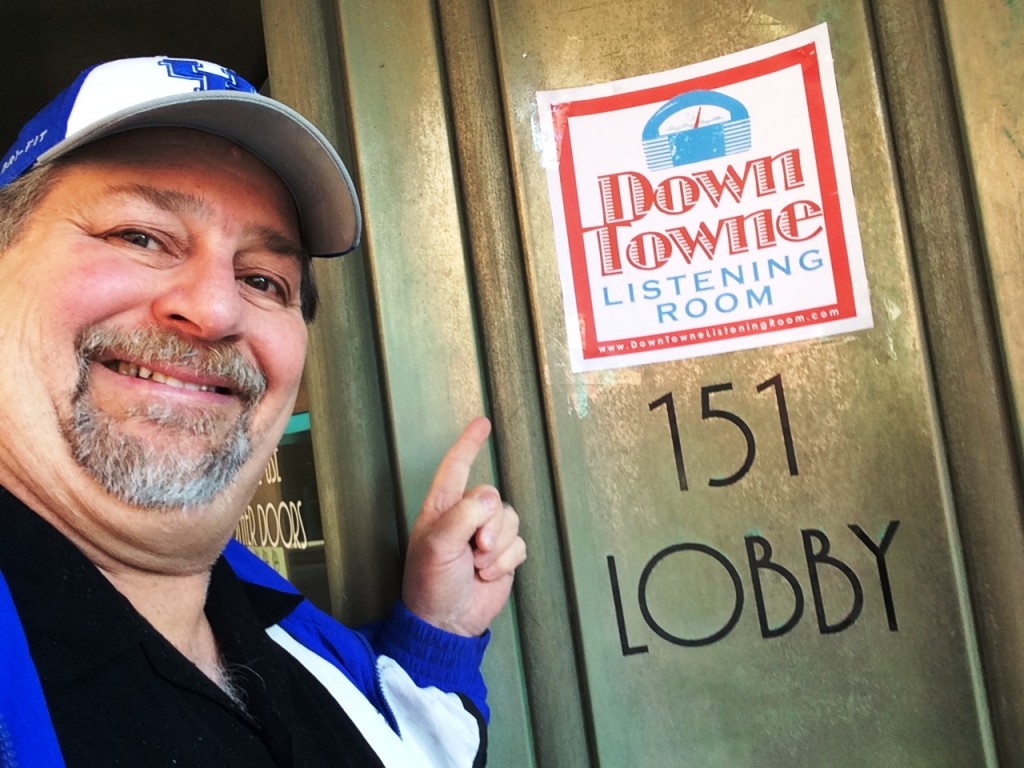 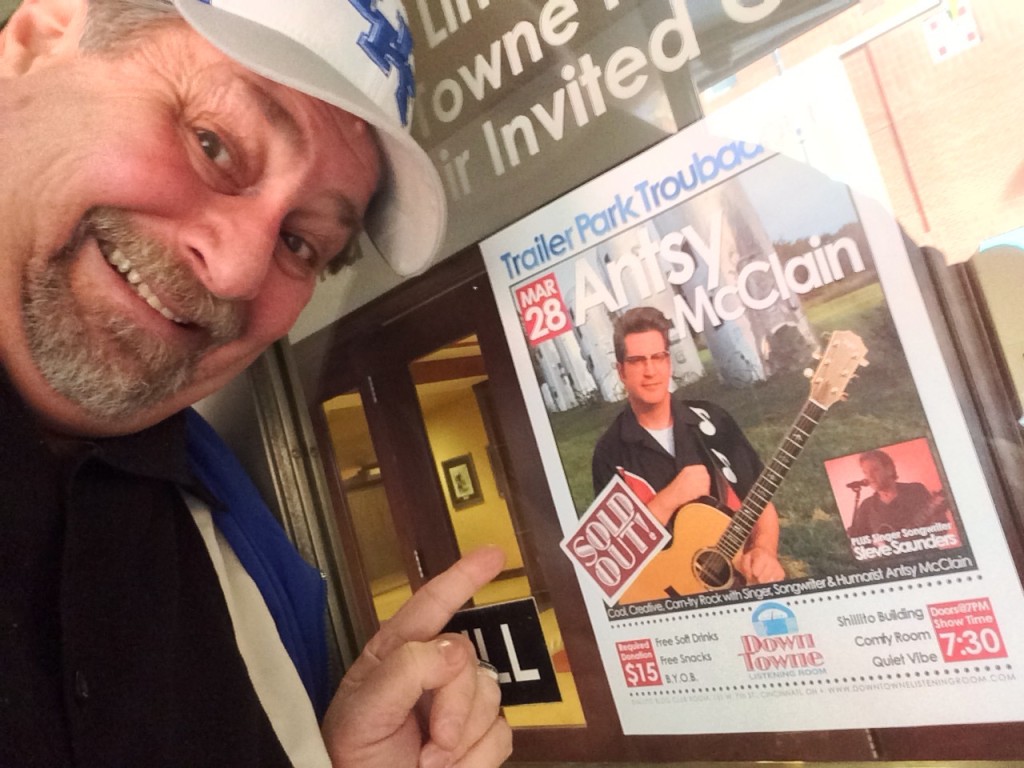 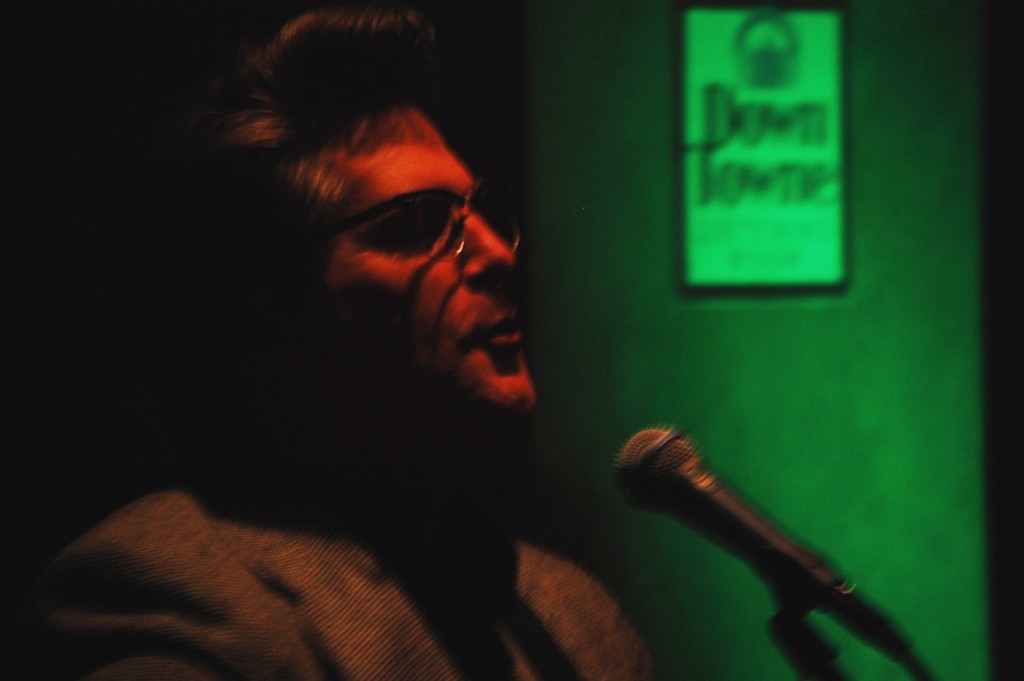 The DownTowne Listening Room is located on the second floor of the Art Deco Shillito Place Building in downtown Cincinnati.  With food (included with tickets) and couches and close seating, is a perfect place for a performer like Antsy McClain and other singer songwriters. 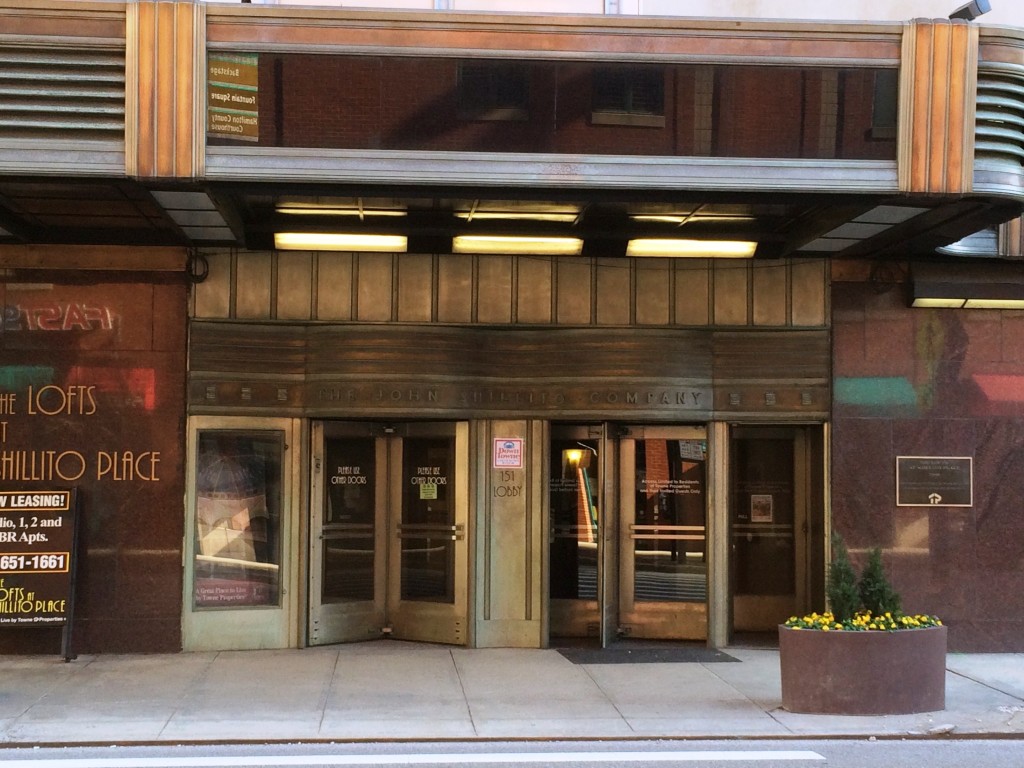 Founder Scott Skeabeck is an avid music lover who moved to Cincinnati from Philadelphia about five years ago. As a frequent concert-goer and listening room patron on the East Coast, he was determined to bring the experience to Cincinnati. 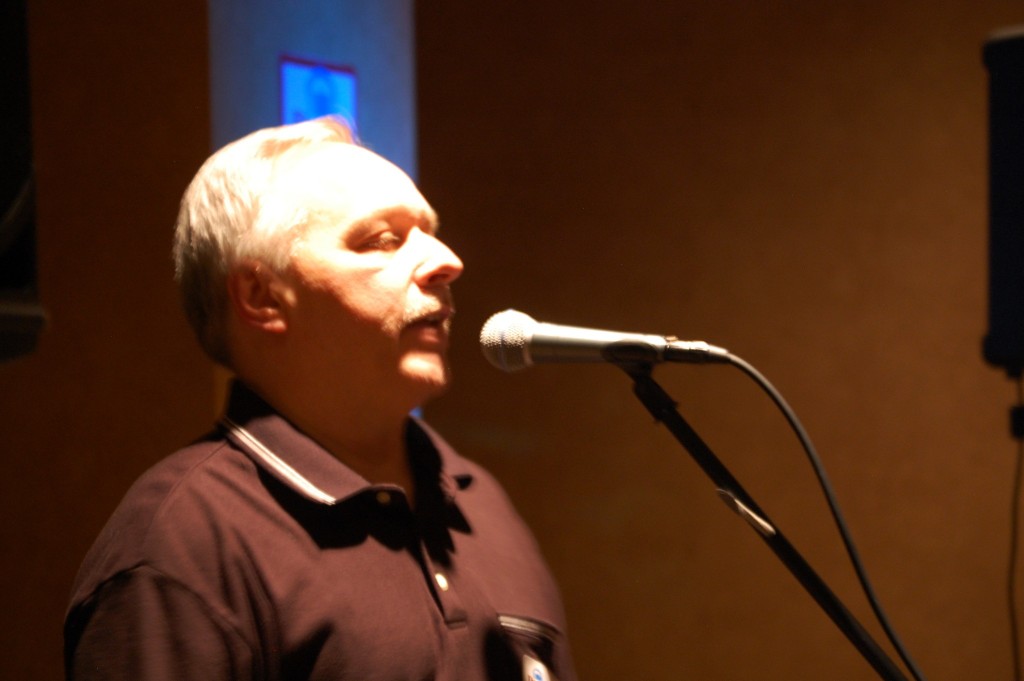 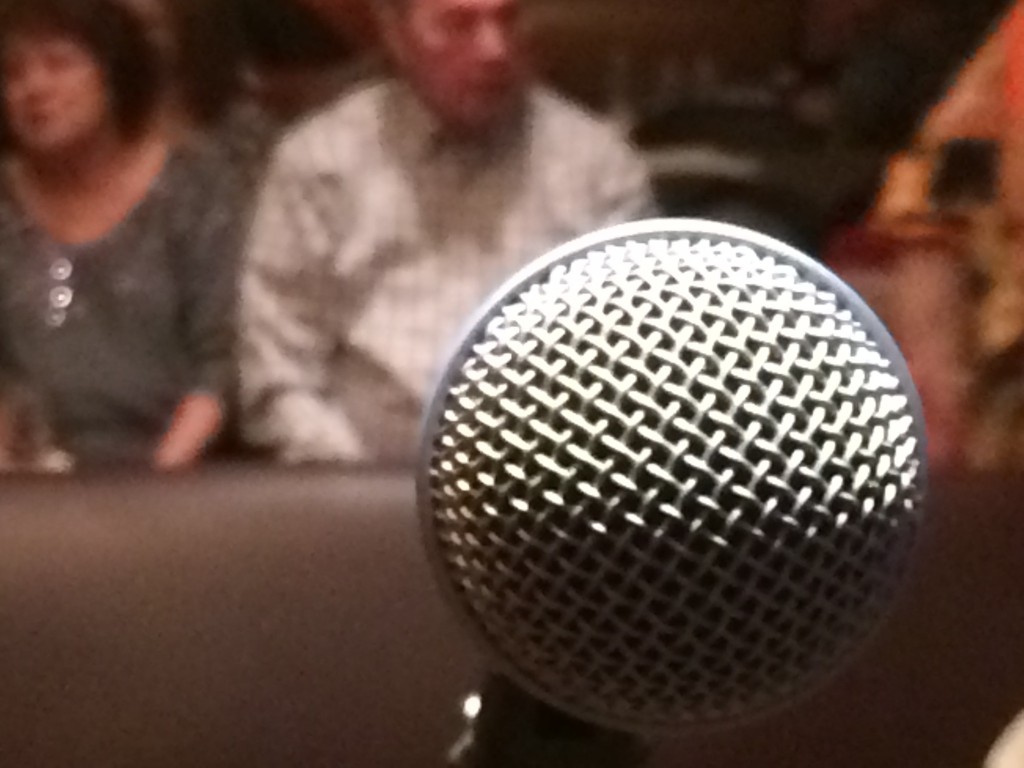 View from the singer’s mouth 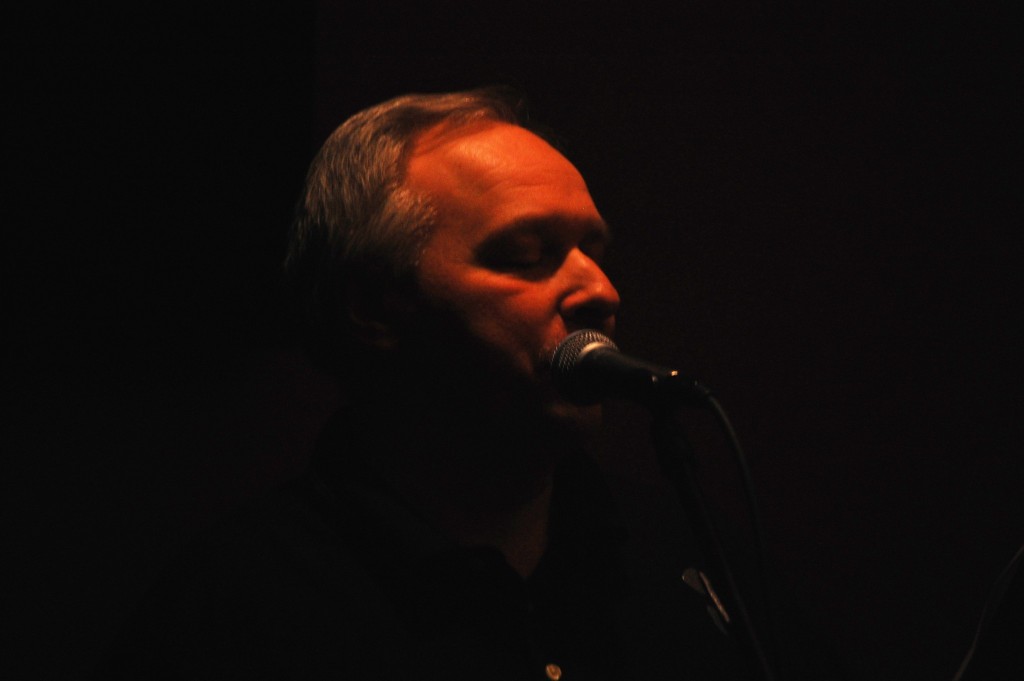 The show was opened by singer/songwriter Steve Saunders, who is from Cincinnati but originally from Paintsville, KY.  Much like Antsy, Steve is a storyteller with his music. He has been around for a while.  One of his close friends, Tommy Bolin, was with the James Gang in the 1970s and Steve was able to get to know one of my favorite musicians, Joe Walsh, as a result.  Steve’s rootsy music was good.  You should give him a listen on his ReverbNation site. 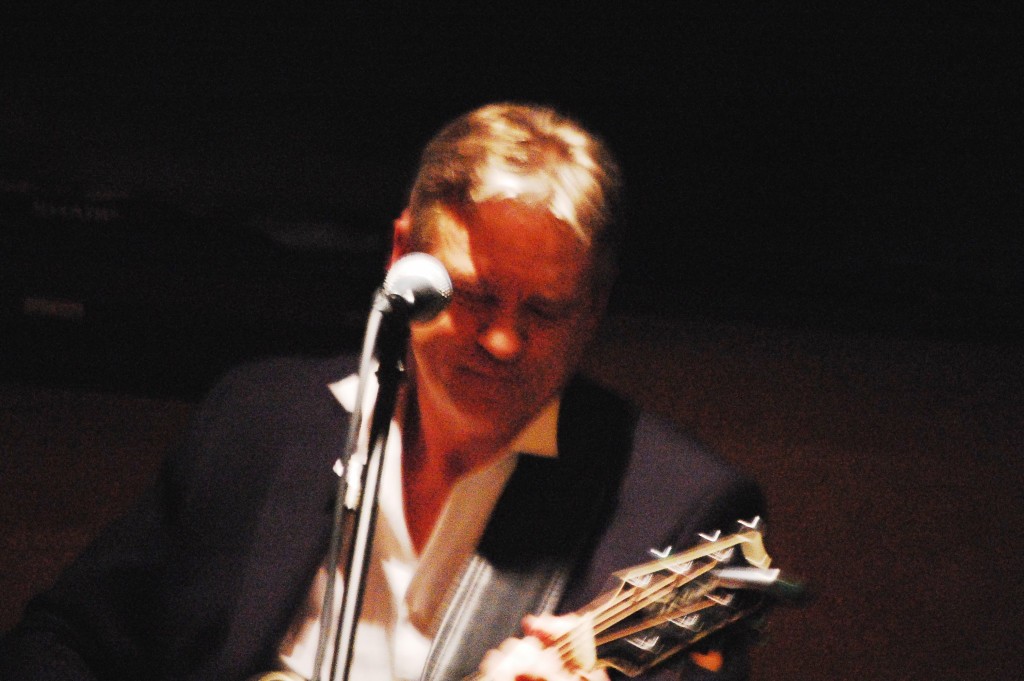 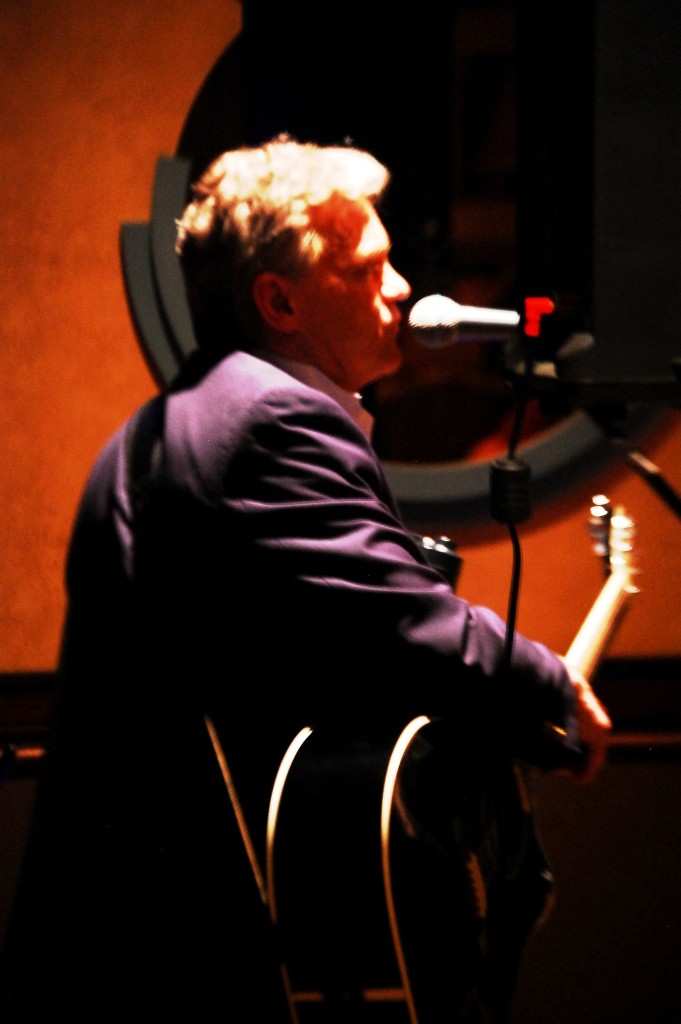 After Steve’s great performance of six or seven songs, it was Antsy McClain’s turn to give the crowd some unequivocal fun.  I have known and worked with Antsy for well over 20 years and it is rare to see him doing a solo show in such an intimate setting. He did a good number of his hits as well as some new things from his upcoming album “Somewhere Past These Gravel Roads,” which is scheduled to be out in June 2015. 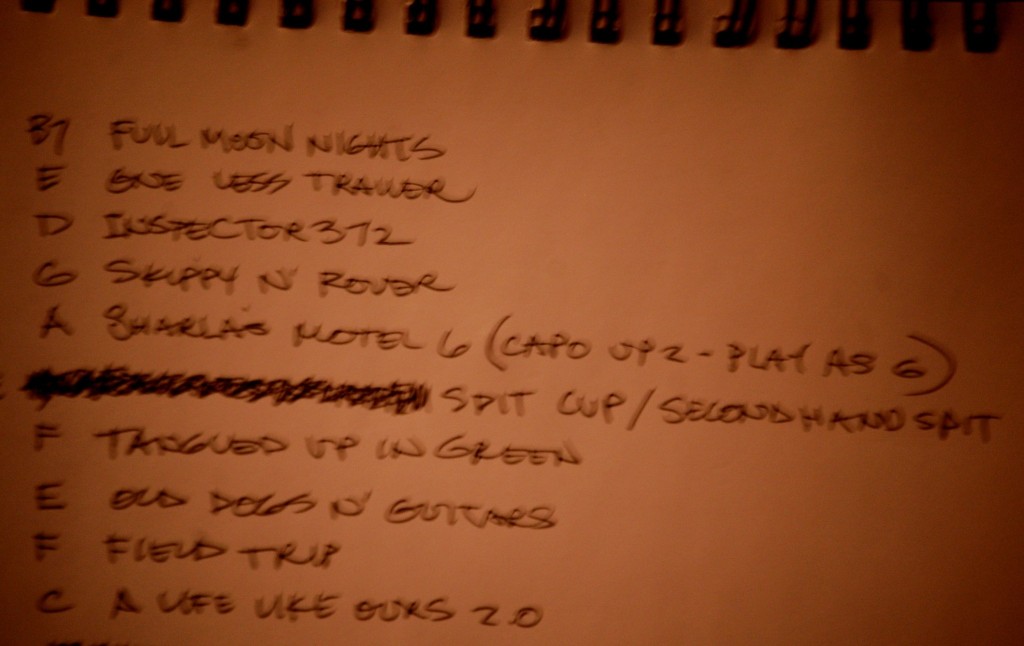 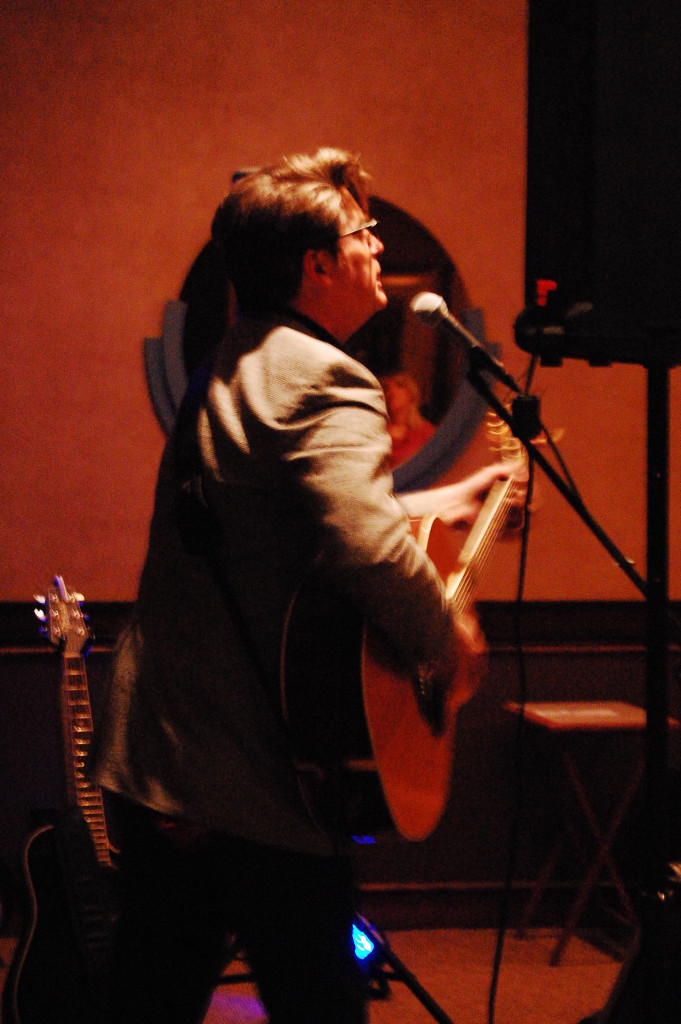 Antsy McClain singing one of his songs at DownTowne Listening room 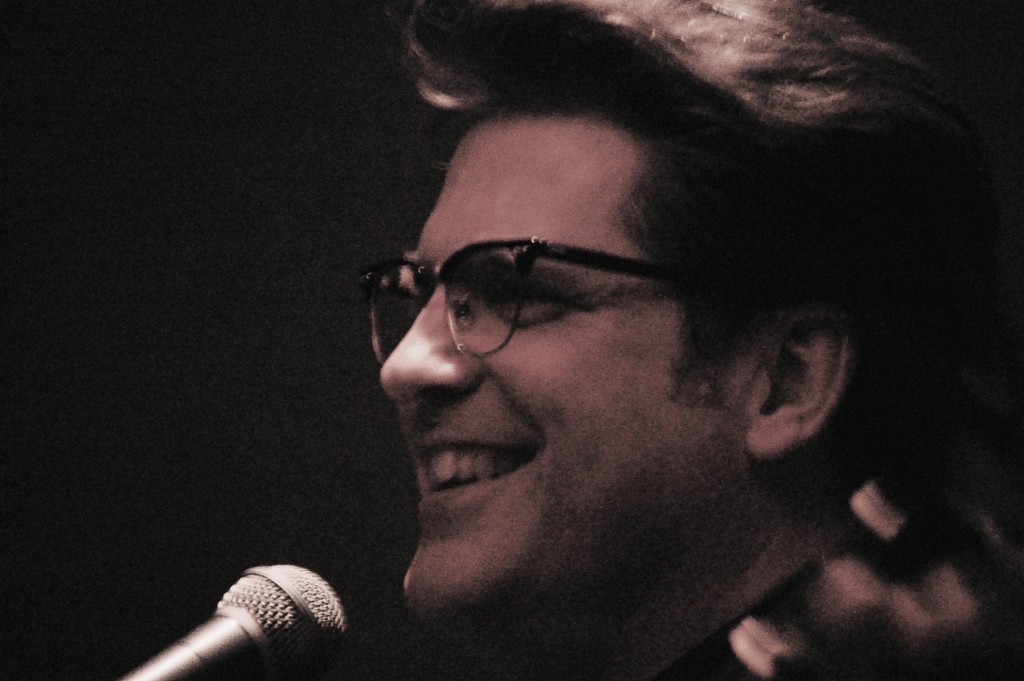 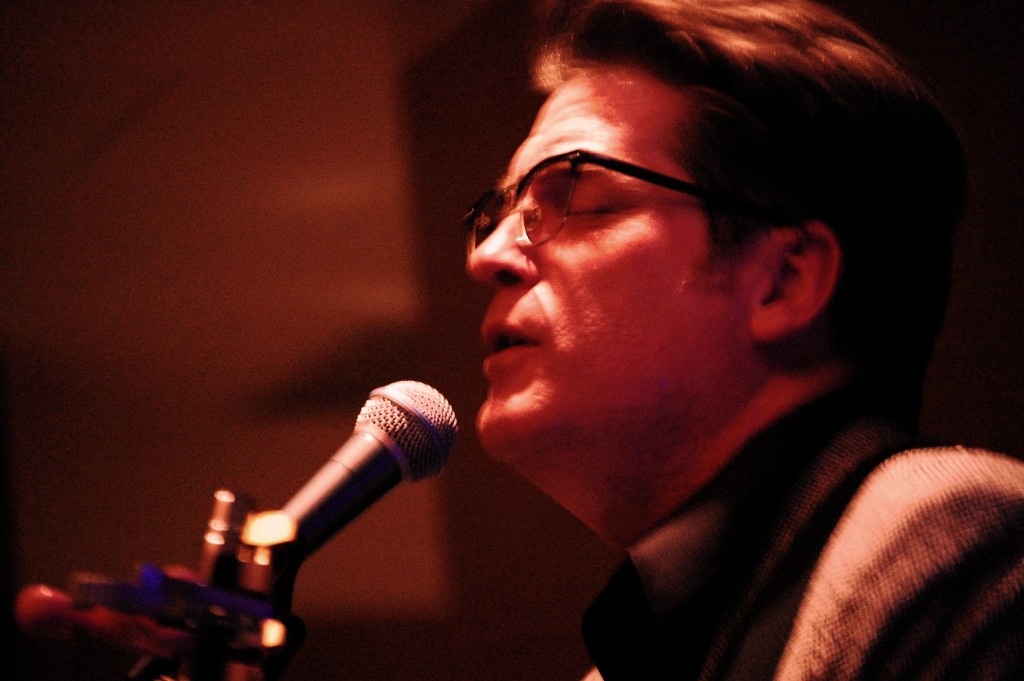 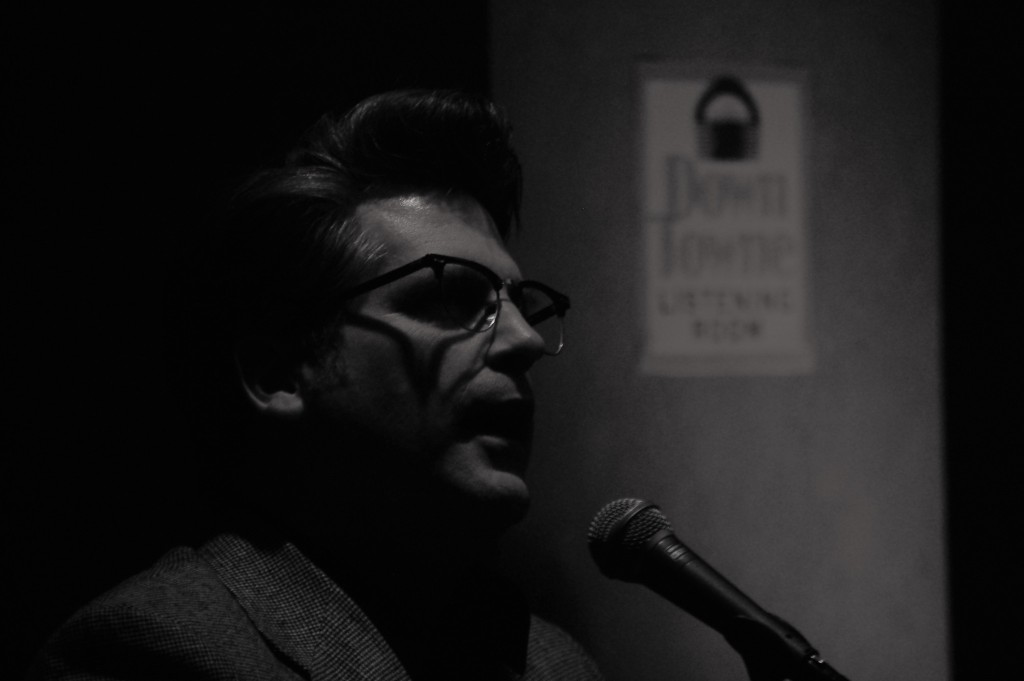 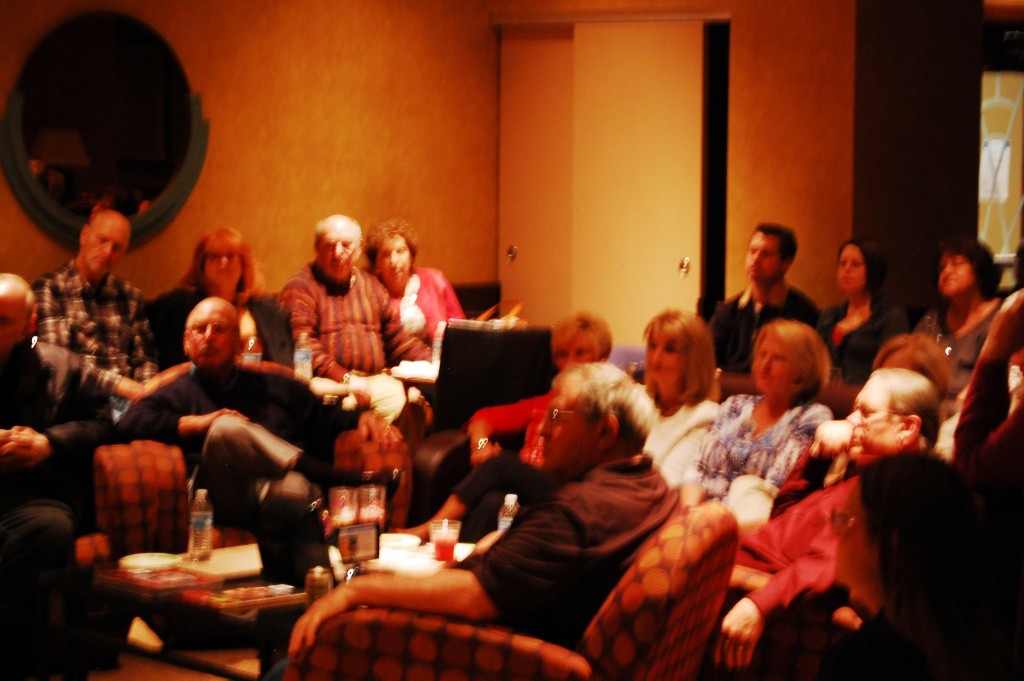 As Antsy’s show finished just before the basketball game, I had the final couple of minutes on a screen in hand (thank you iPhone and NCAA-TV!!) Steve Saunders, also an avid Wildcat’s fan, joined me. Once again, with only a minute or so in the game, Aaron Harrison drops another 3 pointer and the Cats take the lead.  But, alas, Notre Dame comes back with their own.  UK then ties it and Notre Dame attempts to come back. 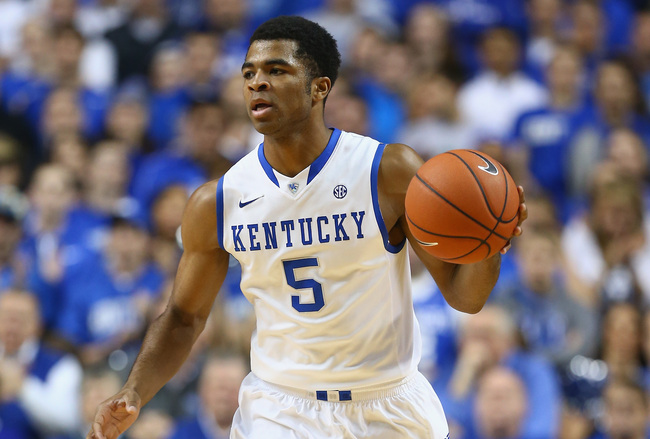 After what seemed like an eternity, UK stopped them and got the ball back.  Andrew Harrison, Aaron’s twin brother, drives the full court for a layup and gets fouled.  With just seconds he left he drops them both for a 2 point UK lead.  Notre Dame has a few seconds and one last chance and is again stopped, as UK gets their record-tieing 38th win of the season and was only two games away from an undefeated 40-0 season.  Unfortunately, on April 4 the Wildcats lost a heartbreaker to Wisconsin. 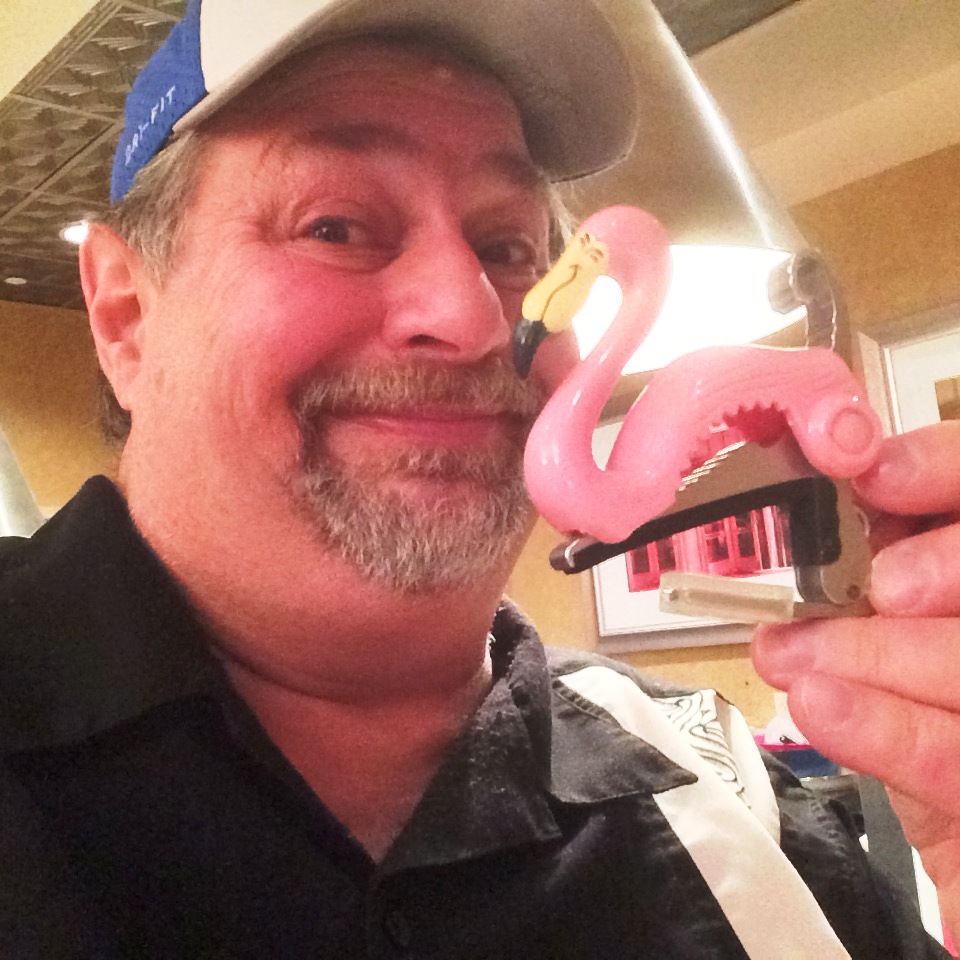 As for me…on that Saturday night I was a double winner as Antsy’s show as awesome and I got to hang with one of my best friends, and the night was finished off with a UK Win.  Synchronicity rules. 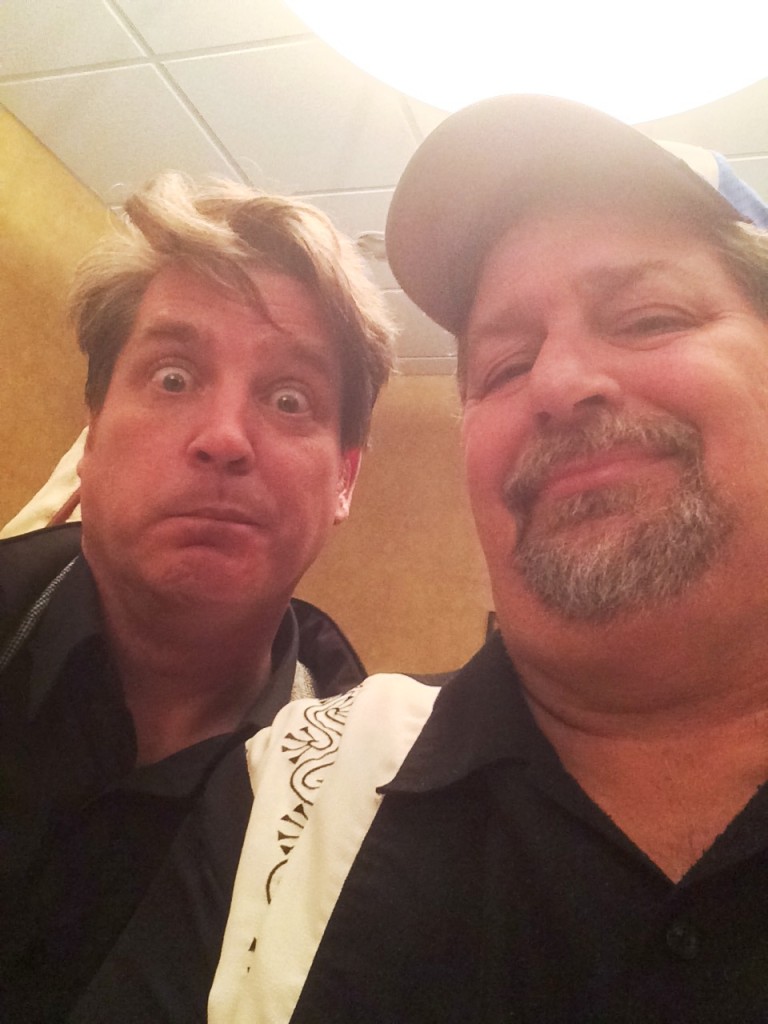 After the show with Antsy McClain