I am always in pursuit of trivia…all that useless knowledge makes for great and fun conversation. Trivia is (or are) unimportant (or “trivial”) items, especially of information. Usually these are unimportant facts that everybody has stored somewhere at the back of the brain and are useful in conversation or in games.

It all started for me in the 1960s when I would catch the television trivia show “Jeopardy“, which got its start in the 1960s and continues as a popular show today.  I loved that the material for the questions covered a wide variety of topics (including history and current events, the sciences, the arts, popular culture, literature, and languages),and that there were also pun-laden titles (many of which refer to the standard subjects), wordplay categories, and even entire sets of categories with a common theme. 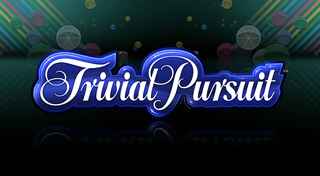 Always in pursuit of Trivia!

I have always been a fan of trivia.  I can remember reading the newspaper daily in the 1970s and 1980s…I wanted to see the L.M. Boyd column, which was chock full of trivia.  Here is an example (L.M. Boyd Selections)

“It’s only a coincidence that “nasa” in Hebrew means “to go up.”

When I was young I also loved to read through the Reader’s Digest. The jokes and funny stories were a blast, but the magazine always had a tons of little trivia tidbits.  Even today on their online site you can find trivia quizzes, such as this “Great State Nicknames” quiz (which by the way, I got a 100% correct on!!).  As trivia became more popular, other magazines began using it. 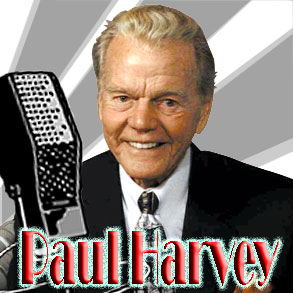 One cannot have a discussion about trivia without including the trivia master of AM Radio…Paul Harvey. Known for his conservative and sometimes opinion-laden news stories on ABC radio for decades, he later produced an interesting Trivia type of radio series known as The Rest of the Story, which can be described as a blend of mystery and history. It premiered on May 10, 1976 and quickly grew to six broadcasts a week, and continued until Harvey’s death in 2009. The Rest of the Story series was written and produced by the broadcaster’s son, Paul Harvey, Jr., from its outset and for its thirty-three year duration. Harvey and his radio network stated that the stories in that series, although entertaining, were completely true. True or not, they were always interesting and his listeners, including me, would wait for his “And now, the rest of the story” portion — this was the trivial meat of the broadcast. 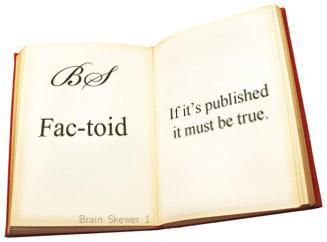 Also in the 1970s, media had grasped this trivia concept full force and was including it in news reports. In 1973 the novelist/columnist Norman Mailer was attributed with the creation of a new word from his biography of Marilyn Monroe.  The term was “factoid” and it was defined as a questionable or spurious statement presented as a fact, but without supporting evidence. The word can also be used to describe a particularly insignificant or novel fact, in the absence of much relevant context.  Many magazines and TV news shows now have their little Factoids. (Now there is a piece of Trivia you probably didn’t know!!) 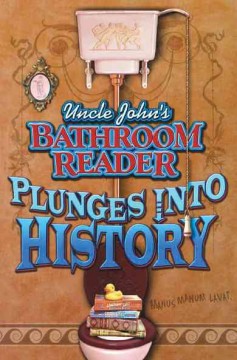 One of many Uncle John’s Bathroom Reader titles

Through the years I have enjoyed the “Uncle John’s Bathroom Reader” books too. The first edition, simply titled Uncle John’s Bathroom Reader, was released in 1987 with little fanfare, but to Uncle John’s delight, people loved it…and they wanted more. So the following year the “Bathroom Readers Institute” (BRI) released a second edition, and then one after that, and another, and another. In the early 2000s, when Uncle John decided to expand the line beyond those annual “Big John” editions, the series hit the big time. Now there are Bathroom Readers for kids, plus books that cover single subjects such as horses, hockey, history, Texas, quotations, puzzles, baseball, music, Minnesota, Hollywood, Christmas, cats, dogs, golf, New Jersey, trivia quizzes, and loads more.  I don’t have them all, but I have probably read eight or nine different versions! 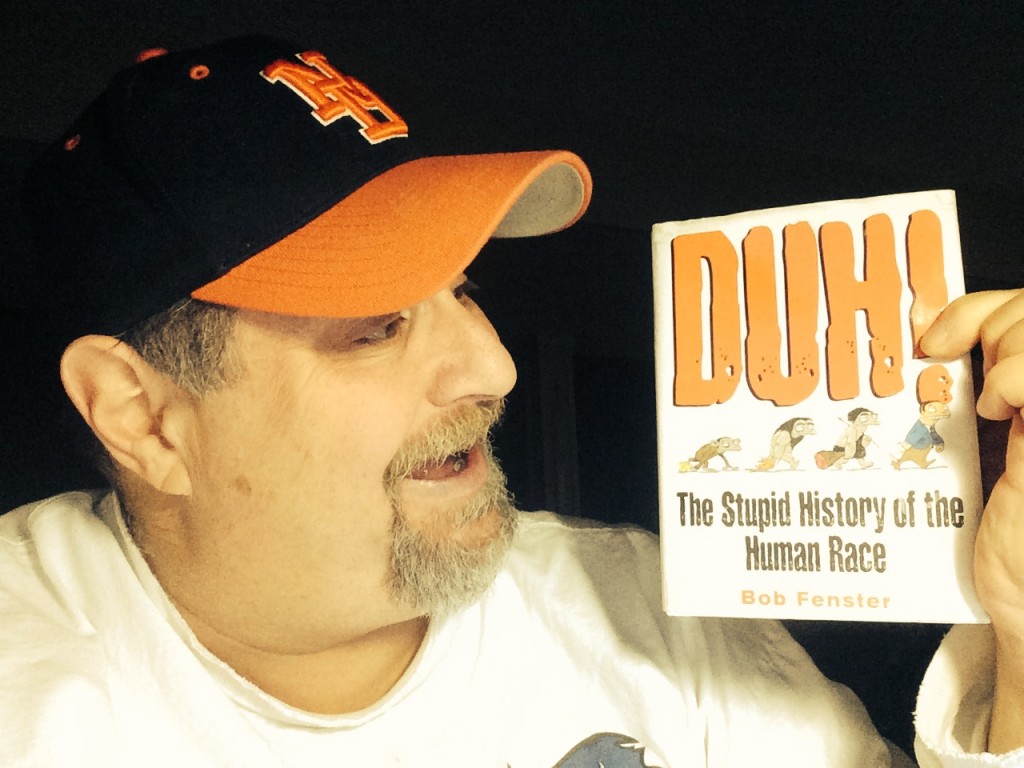 DUH! – The Stupid History of the Human Race

There are dozens of Trivia books out there, but they have one thread in common…fun and useless trivia. 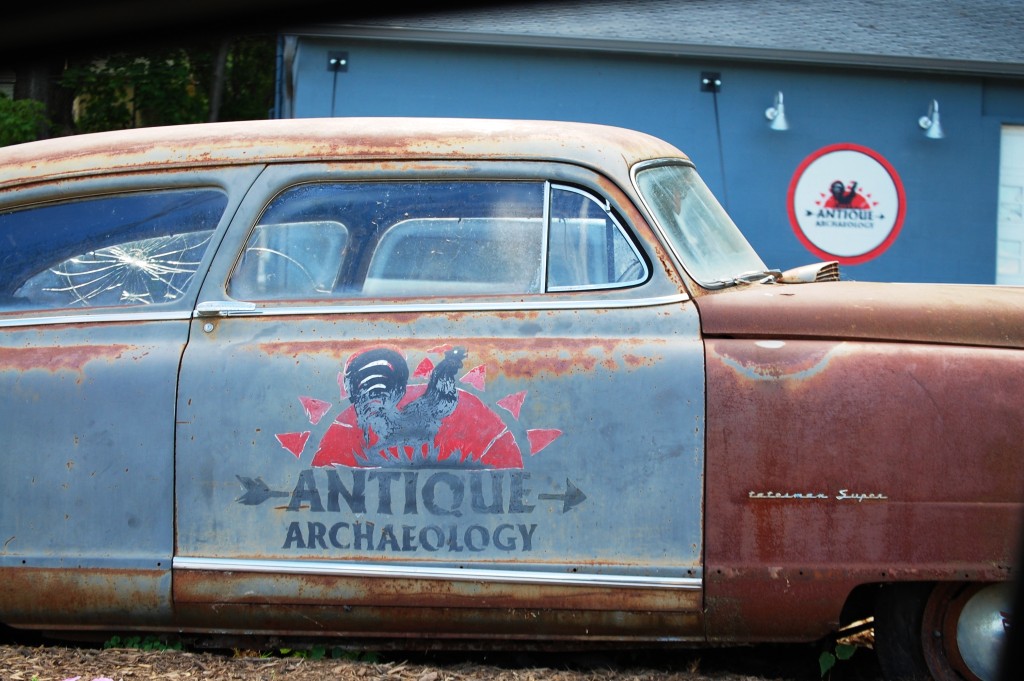 Then there are the TV shows that come full of trivia. The History Channel features American Pickers and Pawn Stars, both of which always provide history of the things they are showing and also have some nice Trivia breaks in each show. Many shows have trivia pieces in them now so we can always learn something totally useless if we want.

In 1982 the board game Trivial Pursuit hit stores. If you have lived in a cave and never heard of this game, the object of the game is to move around the board by correctly answering trivia questions. Questions are split into six categories, with each one having its own color to identify itself; in the classic version of Trivial Pursuit, the Genus edition, these are Geography (blue), Entertainment (pink), History (yellow), Arts & Literature (brown), Science & Nature (green), and Sports & Leisure (orange). Since 1982 there have been dozens of versions of the game, with numerous themes.  The fun for this in my mind has been the thousands of trivia-filled cards that come with the games.  We have taken them on trips and just read through them for fun.  Amazing facts and information have been gathered!! 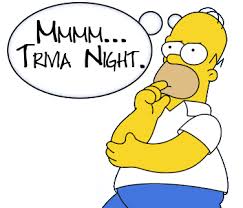 With the widespread growth of the internet in the past couple of decades, there has also been an explosion in Trivia Web Sites and Trivia Apps for mobile devices.  In fact, there are likely trivia sites for every theme imaginable.  A couple of my favorites:

mental_floss – This evolved from the Magazine of the same name (which I believe may have gotten the name from Swami Beyondanda)  Regardless, the magazine has a massive factoid and trivia filled website and blog, has produced its own game called “Split Decision” and has produced a number of books.

Roadside America – My favorite travel site on the web, it is also filled with trivia and useless (but fun) quirkyness. With over 10,000 offbeat sites in the United States featured on their Website, many of them include a brief history of the quirky and strange places, like the Museum of Clean (in Idaho), the Mustard Museum (in Wisconsin), the world’s biggest twine ball (or all five of them), etc.

But there are many more. One person has compiled a list of 100 “Best of Web” Trivia websites. But there are other lists as well. 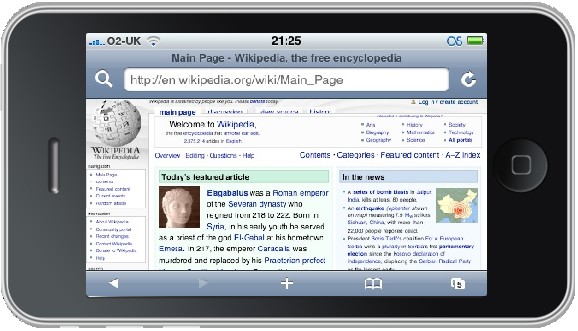 Perhaps my FAVORITE site of choice for all trivial pursuits of both useful and useless knowledge is Wikipedia. According to Wikipedia, the site a collaboratively edited, multilingual, free Internet encyclopedia supported by the non-profit Wikimedia Foundation. Wikipedia’s 30 million articles in 287 languages, including over 4.3 million in the English Wikipedia, are written collaboratively by volunteers around the world. And this is where I have my fun….here are a few examples

Google and Wikipedia are my friends — they constantly feed my mind.