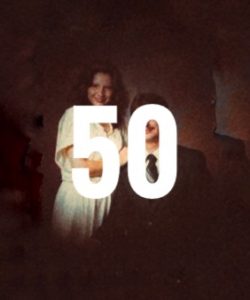 Throughout most of our 40 years of marriage, we have not had bicycles.  However, when we went to Japan in the late 1980s, much of our local travel was on bikes.  We lived along the Oita River and it had a wonderful bike trail. We would ride to go shopping, take the children on rides, etc.  We had lots of fun doing that.

Fast forward to the 2000s and we finally got a bike for Julianne. This became an instant passion for her.  I would drive her to local trails in Lexington, especially the Legacy Trail, drop her off on one end and pick her up at the other end.  She loved her bike rides.  I enjoyed taking her, but also longing to ride.  But, alas, I felt I was too big to find a bike that could handle me. 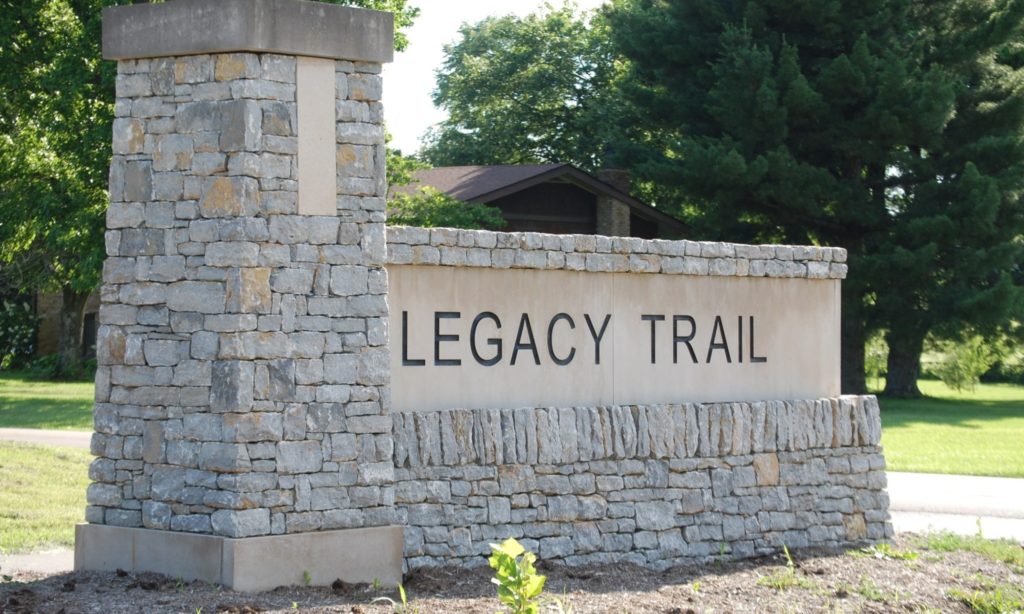 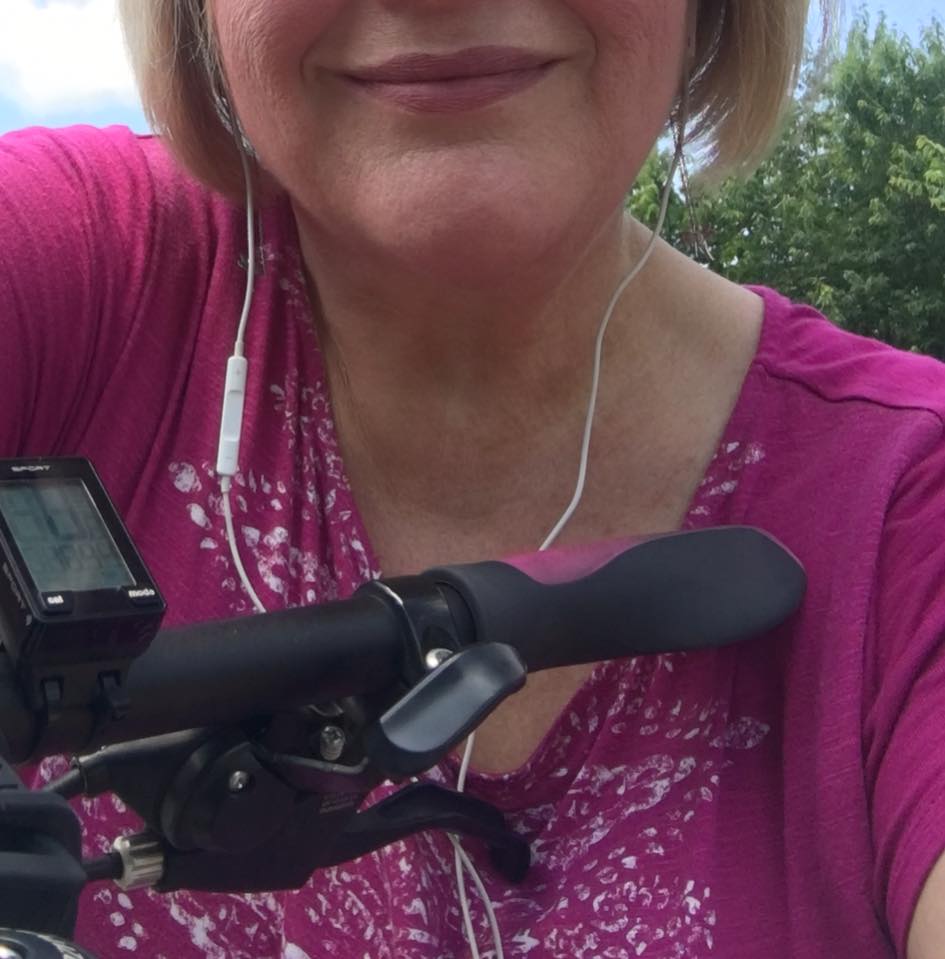 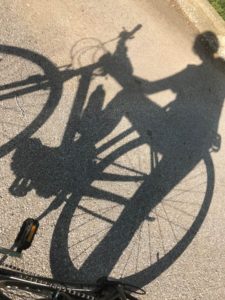 Always on the bike

We soon determined to venture out and find other places to bike.  Julianne discovered the Rails-to-Trails Conservancy in her research and all of a sudden a whole new world of adventure opened up for both of us.  Initially, I would drive her to a Rails-to-Trails bike path, drop her off and then pick her up 10-20 miles later.  In the meantime, I would go exploring.  We took biking trips together to numerous places in Ohio, West Virginia, Indiana, Virginia, Tennessee and Pennsylvania.  Soon Julianne’s sister Laura was getting in on the trips. As a matter of fact, as I write this, Julianne and Laura are up in Ohio riding on the Hockhocking Adena Bikeway near Athens, Ohio. 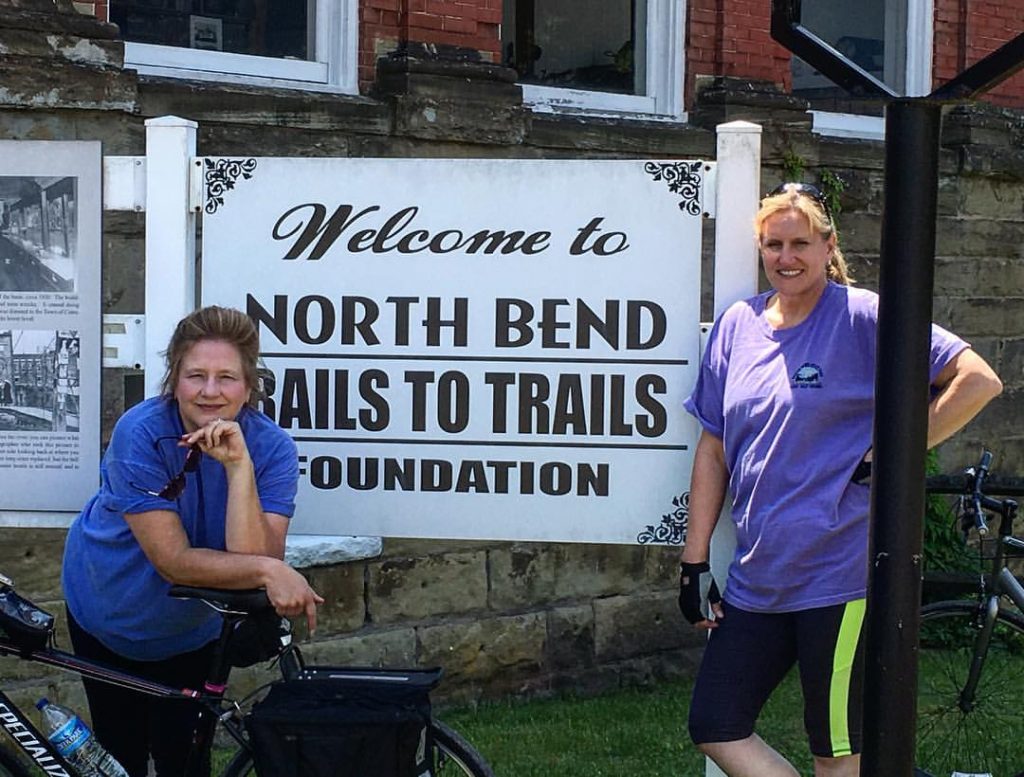 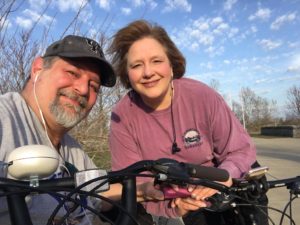 Riding the trails together with my biker wife

Though I enjoyed taking Julianne on these road trips and doing my own exploring, I so longed to join her on these biking adventures.  As a high schooler in Montana, I rode daily and loved it.  So, as my 60th birthday rolled around in 2016, unbeknownst to me, my children had contacted many of my high school friends who passed a plate around and got donations for a bike for me.  By 2016 the Specialized Bike company had developed the Roll Bike which has a rugged construction, a larger saddle (to handle big bottoms like mine!) and disc brakes.  The 26 speed bike became my birthday gift and I was soon able to join Julianne on many of her bike rides. 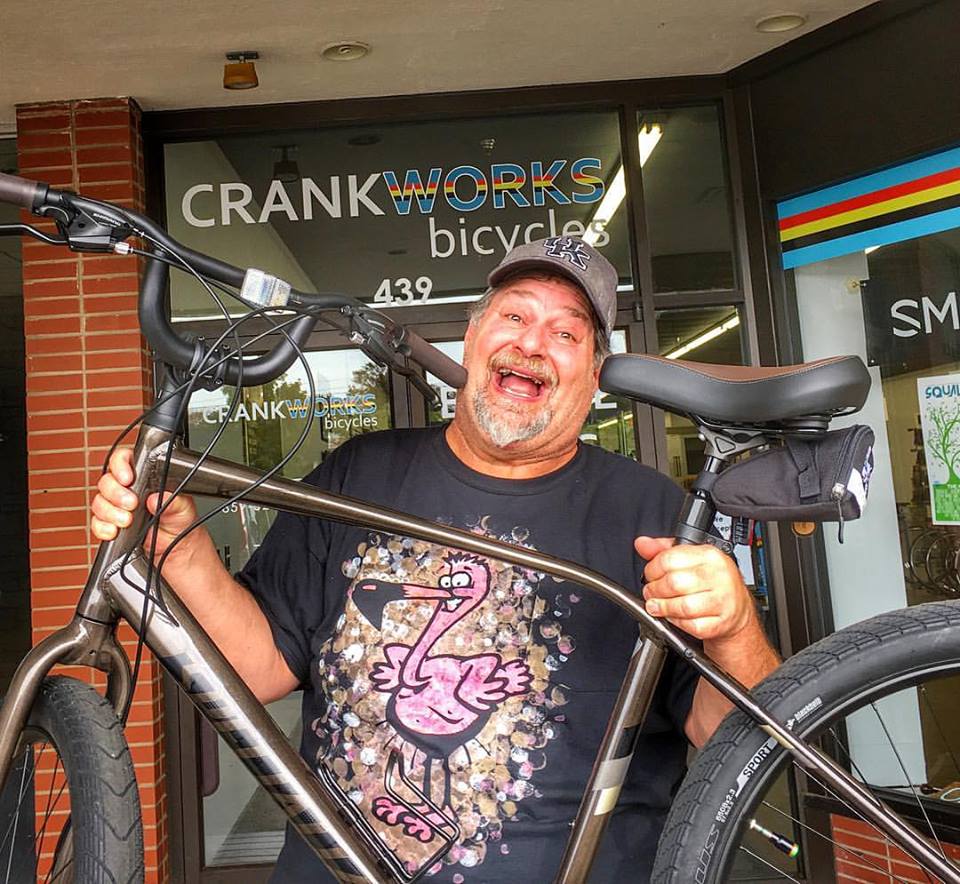 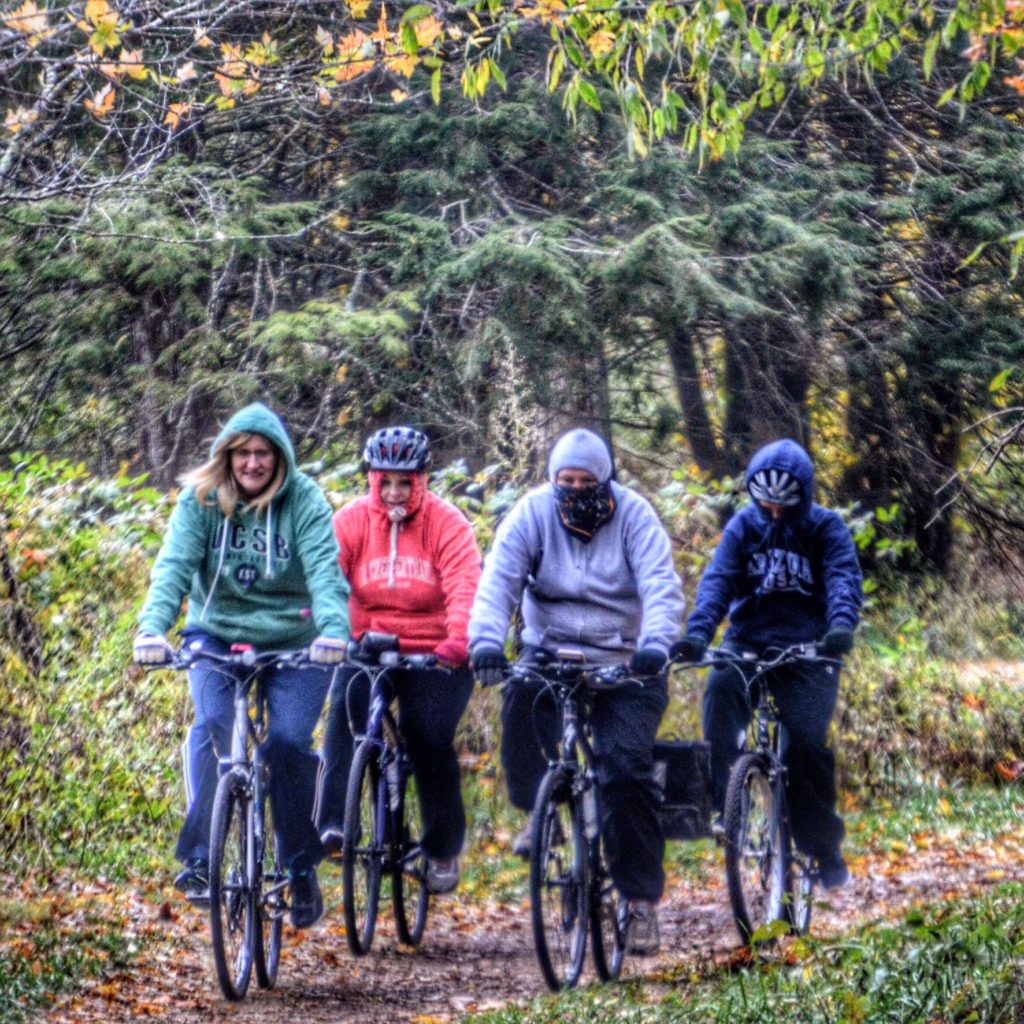 Julianne riding with her sister Laura, niece Emma and daughter Marissa on the Virginia Creeper Trail near Damascus, Virginia

So, quite often this is something that we now do together.  I have been blessed to join her on bike rides along the Little Miami River Scenic Trail in central Ohio, the amazingly beautiful Virginia Creeper Trail in Damascus, Virginia and others. 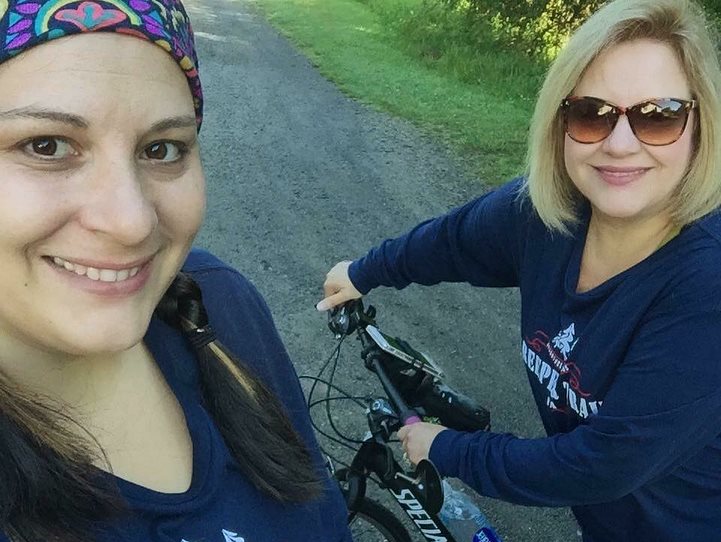 Julianne and Marissa often ride the Legacy Trail in Lexington together 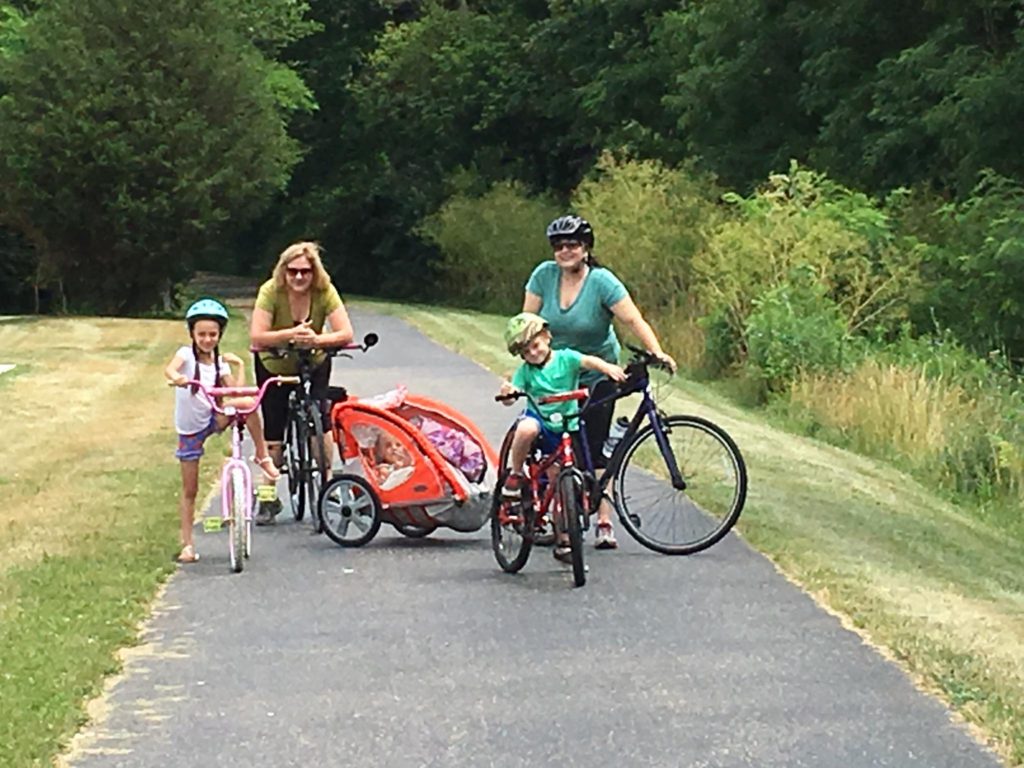 Julianne and Marissa riding with the kids on the Little Miami Trail near Xenia, Ohio

On some trips our daughter Marissa and her children join us.  These rails-to-trails bike paths are mostly flat with only slight hills, making the trips easy for young children as well. 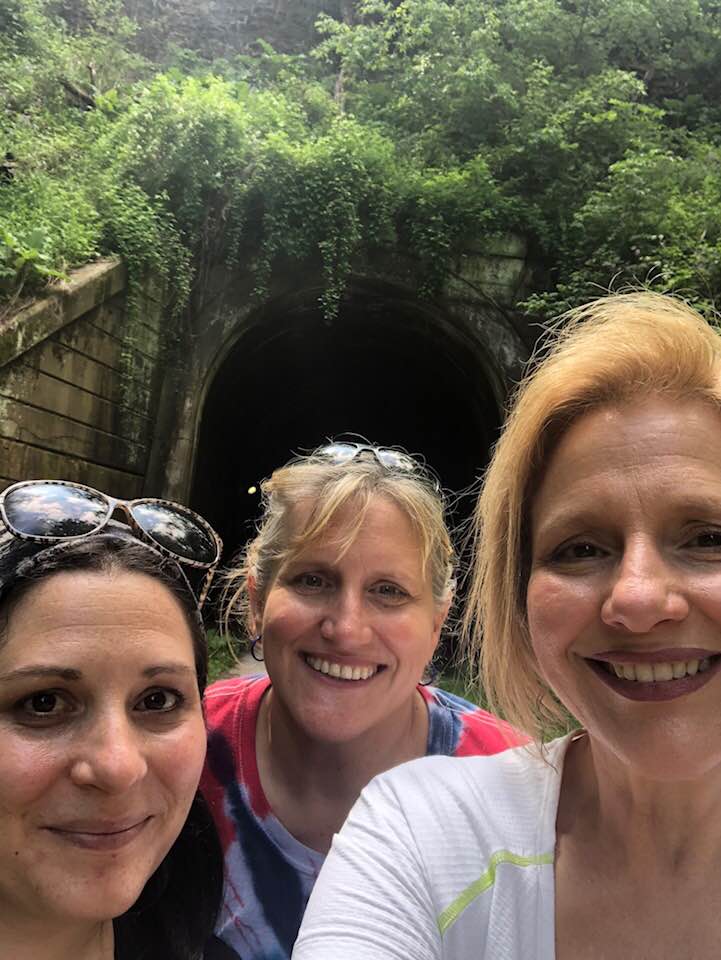 Julianne, Marissa and Laura riding at a tunnel on the Montour Bike Trail near Canonsburg, Pennsylvania 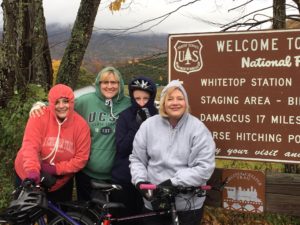 Julianne, Laura, Marissa and Emma getting ready for the 10 mile downhill ride on the Virginia Creeper

For Julianne, spring means bike time.  Warm enough to ride. We are already discussing future trips to more diverse bike paths.  One of the hoped for trips is the High Trestle Trail in Iowa, a 25 mile adventure that crosses over a half-mile bridge that spans 13 stories high over a gorge.  And recently, the Rails-to-Trails Conservancy has announced the Great American Rail Trail, which will traverse 12 states and cover over 3700 miles from Washington DC to Seattle, Washington. 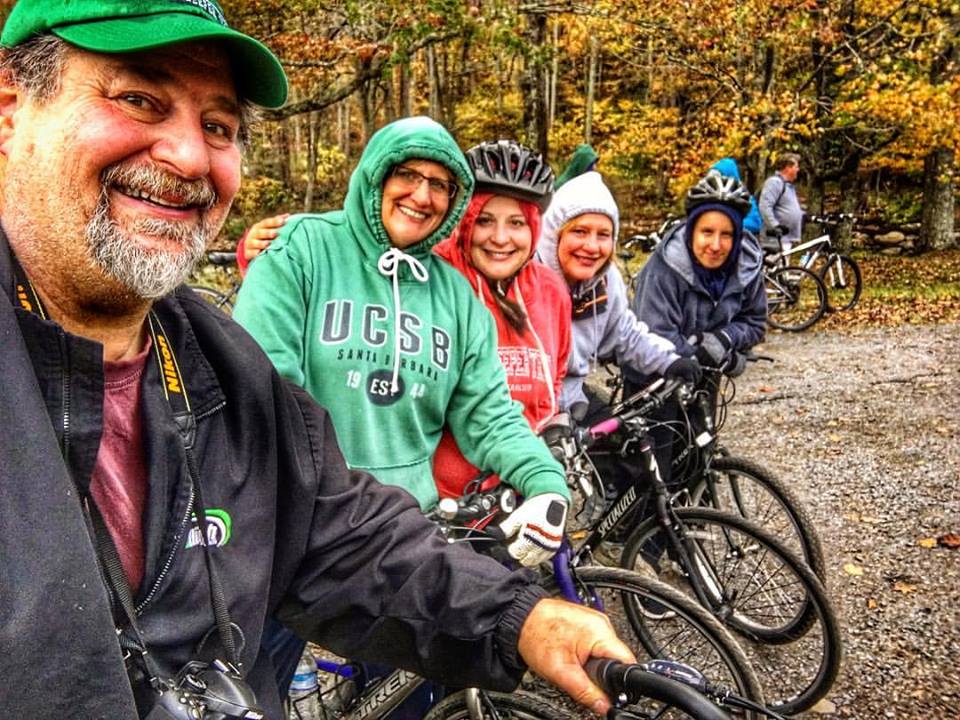 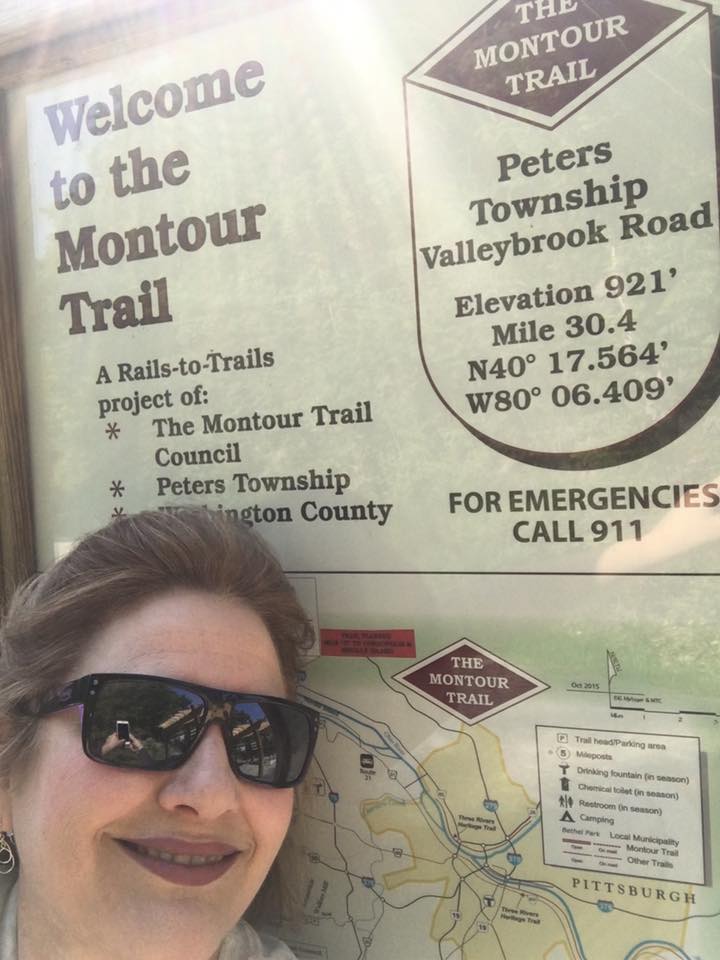 Julianne at the Montour Trail in Pennsylvania 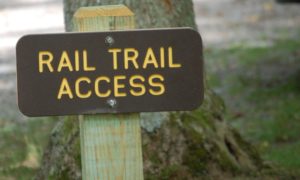 Biking is in Julianne’s blood and I am thankful to have this unique activity to share with her, even though I may not always be to ride the distances she does.

I hope we will have many more biking adventures in the months to come.