The LDS Church News (in association with the Deseret News) in September 1975 featured an article about Murray 20th Ward Athletics, including a photo and quote by me. (Click on photo to enlarge)

This Sunday I celebrate the 40th Anniversary of my baptism into the Church of Jesus Christ of Latter-day Saints (I will have a separate post about that on Jan. 25). A big part of this was my association with the young men of the Murray 20th ward, who nurtured me in many ways.  Participation on their church teams was a confidence booster too.  In 1975 our teams won multi-regional tournaments in Softball and Basketball and took second overall in Volleyball.  After winning multi-regional in Basketball in 1975, the Murray Eagle newspaper also had a feature article about us (Mar. 27, 1975) 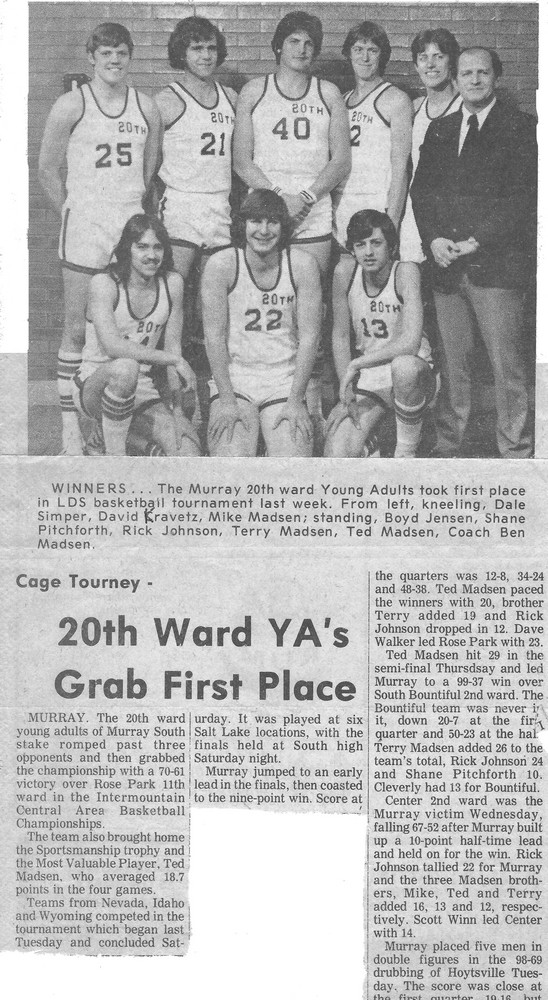 An article that appeared in the local Murray Eagle newspaper in March 1975 to detail about our multi-region championship in Basketball. (Click on article to enlarge and read)

As I look back on this group, along with others who were serving LDS missions at the time this was taken, but were also instrumental in our athletics and in my life, I am grateful for the everlasting friendships that developed from these.