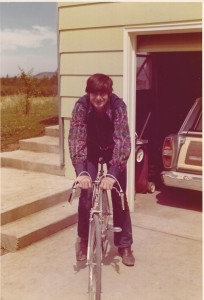 Check out the 70s threads

I am a child of the late 50s, 60s and 70s (I know, its obvious right?).  I grew up in my youth with black and white TV (with three channels – ABC, NBC and CBS) and we needed “rabbit ears” on the TV or an antenna on the house for reception, 45 RPM records and players, telephones with dials on them (also called rotary phones), cars with roll down windows (not electric) and a bright headlamp switch on the floor, non-electric typewriters and Kodak Brownie cameras that used flashbulbs, to name a few of the things. We enjoyed listening to our Top 40 hits on wonderful new pocket sized transistor radios…AM only. There was no such thing as a Drive-thru restaurant. 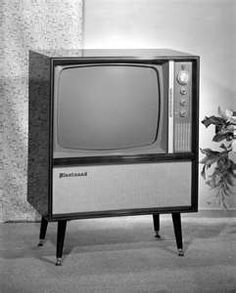 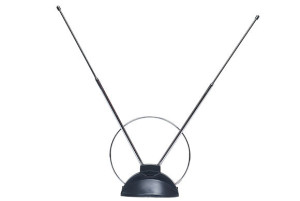 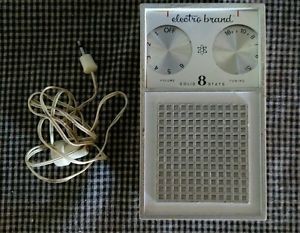 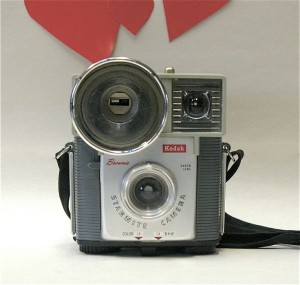 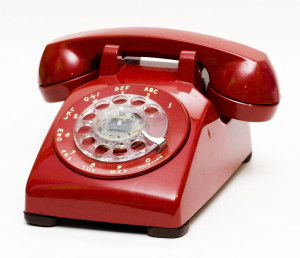 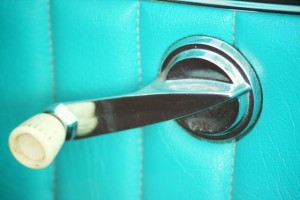 A car window handle from the 1960s 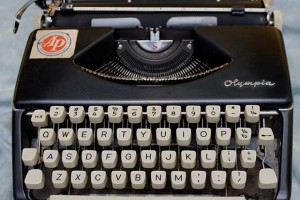 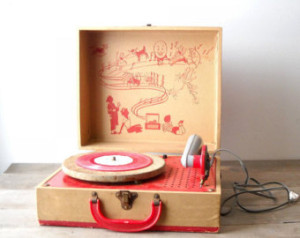 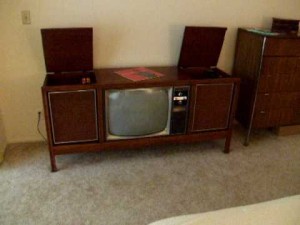 Then life got exciting as I grew a bit older…technology was in action! We got a color TV Console with a STEREO record player. We got a station wagon with air conditioning and electric window openers! Kodak came out with Instamatic cameras – even little portable ones (which I actually used when I was on my LDS mission in Japan)! 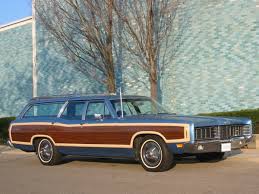 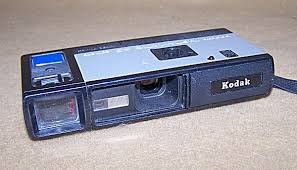 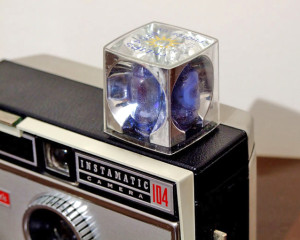 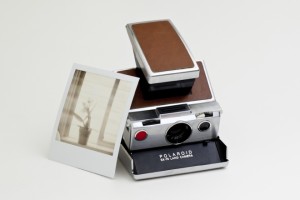 With the late 1960s we saw the birth of the 8 track tape…no longer did we have to turn our records over. And we could listen to our music in the car instead of the radio. And the Polaroid SX-70 Camera was to die for! Instant high quality photos. Soon the 8 track was being replaced by cassette tapes that cold be plugged into portable units and eventually, by the early 1980s we could listen to them in stereo on a Sony Walkman.  We had wonderful FM radio stations that played full album sides in a luscious sound. And the IBM Selectric was the thing to write papers on instead of a pen and paper. 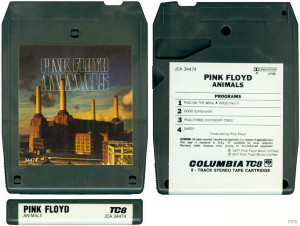 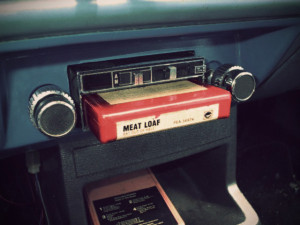 An 8 track player in Car 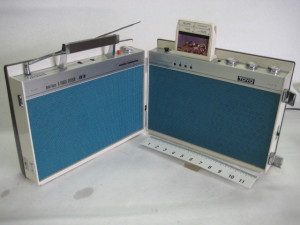 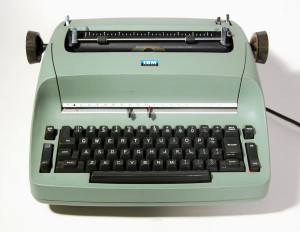 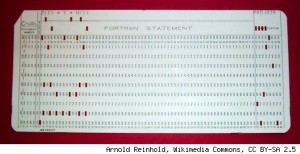 When I first registered for college computers were in use…by the schools.  We would fill out computer punch cards.  It was so cool to see technology in action.  My first two years of college saw the advent of a typewriter with memory and a built in eraser.  I could type and go back a few lines to erase if I needed to.

By the time I was in my 3rd year of college we had connectivity to the mainframe and could write our papers on a computer using Wordstar and storing them on a floppy disk. Color TVs were everywhere and rarely would we see a black and white TV.  And, I forgot to mention that we had video tapes to both watch movies or even record our own. Typewriters were still around but they too were fading away.  The 8 track tape was vintage but no longer available in stores.

When I began my Master’s program at Arizona State University in the mid-1980s we now had portable PCs to use.  Still no such thing as email.  I had a part time job with a Real Estate Auctioneer and he had a brand new cell phone that looked like and felt heavy as a brick. But I could call my wife while I was driving…so cool!  And I also worked at a call center for pagers.  People from all over the country would call in and leave messages that we would type in on pagers. 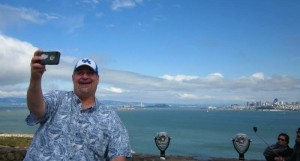 Taking a Selfie with iPhone in San Francisco in 2015

Back then I was really grateful for technology.  But, little did I know that almost everything would be on my iPhone…my 8 track player is now an music player (and can store hundreds of songs that can shuffle), my black and white TV is now a streaming device for my satellite TV at home, my typewriter is a voice activated writer with a name (Siri).  I don’t need floppies.  My device at 64 GB has more memory than the entire mainframe had when I was in college.  Don’t need a camera either.  I can now take real selfies, thank you. I now talk to my grandkids over the internet while looking at them. My mobile device also measures my steps, keeps my calendar, lets me look at the internet, takes my heart rate, keeps my phone directory and contact list.  And don’t get me started on social media like Facebook and Twitter and LinkedIn…and yes, I not only use them, but they are what I do to make a living!!  I don’t even need a printed boarding pass at the airport or card or cash at Starbucks…all done on my mobile device. 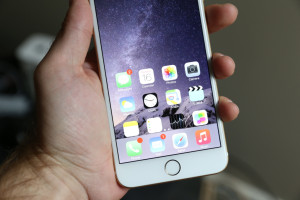 Needless to say, everything I need is on my device…my LDS Scriptures (and a gazillion other things), my photo albums, my credit cards, my email, my contact list, my to do list, my calendar, I can check the weather wherever I am, my phone can tell WHERE I am and even automatically “geotag” my photos, Twitter posts, Instagram photos, etc.

Speaking of social media, I didn’t mention that I first started using something called America Online in 1993…had my own email address. HA! Email!! (It was eventually sumoman@aol.com)  Then they came out with something called the internet…I could connect my computer via my phone and wait and maybe find something useful on the World Wide Web over AOL after hearing a man say “You’ve Got Mail” (which by the way was voiced by a guy named Elwood Edwards – see article) 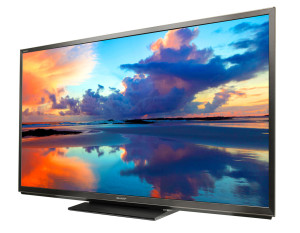 Oh, and nowadays we have these wonderful flat screen color TVs with internet access, 100s of channels of programming.

Ultimately, I am grateful to have grown up through the age of technology.  I have seen men walk on the moon.  I have personally produced 100s of live broadcasts from football fields and gyms across the country over the internet.

And what does the current present hold in terms of technology?  Cars that back themselves up, driverless cars, remote control smart houses where devices can be turned on and off through a mobile device from 1000s of miles away.

It has been an amazing 59 years and I am so grateful to have lived through it all and seen so much.  I can’t even begin to imagine what more I may see in the next few years.  Will the iPhone Mobile Device (or the Samsung Android Device) become an antiquated thing of the past that my children will be saying “I can remember when?”

Over the next year I may focus on few of the technologies that have had profound impact on my life.  But, the massively overwhelming changes – (records –> 8 track –> cassette –> CD –> DVD –> MP3 player –> Mobile devices  for instance) have made life amazing.  And certainly worth counting my blessings. 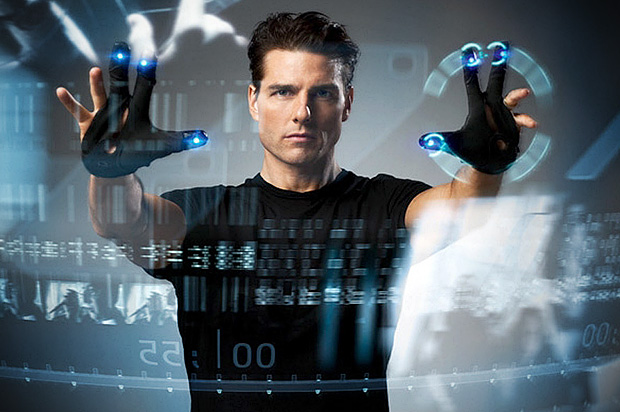