Just a day after President Obama’s final State of the Union address, the real talk on the web and in social media will likely be this humongous lottery jackpot.  And for me, I am actually excited to get away from Obama bashing, Trump tirades, racial hatred, political memes and yes, the millions of cat and dog photos on Facebook.

Mind you, I am not typically a Powerball ticket purchaser.  Not even occasionally such.  But, there are times when I give in and spend a specific budgeted amount to get a couple of them.  Why? For the entertainment value – the opportunity to let my dopamine kick in and do a little dreaming.  Don’t we do that when we spend $14/person to go see a Star Wars movie in 3D?  The joy of the “What if” is pleasurable and gets my mind, if only for a brief few days, off of all of the other banter from Social Media and the news. 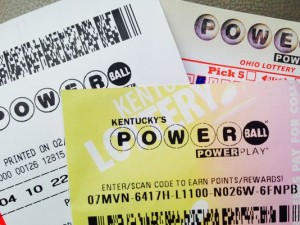 To be sure, I am fully aware that my true chances of taking home the $1.5 billion ($900 million cash upfront minus taxes — maybe about $500 million) is next to not even being slimmly nil.  The odds of getting all six numbers correct, which never change, are slightly more than 292.2 million to 1 (in other words, there are 292.2 million possible combinations of the five white balls and red Powerball. That’s where the one in 292.2 million odds comes from, and they stay the same regardless of how big the jackpot grows or how many people buy tickets).  Let’s face it, our finite minds cannot really fathom numbers in the millions.  So, here are some other things that I may actually have a better chance at than winning the Powerball jackpot….

Here are 10 things more likely to happen to people than winning the lottery.

Getting struck by lightning in any given year: 1 in 1,190,000, according to the National Weather Service.

Dying after being bitten or struck by a dog: 1 in 103,798, according to the National Safety Council.

Being attacked by a shark: 1 in 11.5 million, according to the International Shark Attack File.

Being fatally struck by an asteroid or comet falling to Earth: 1 in 75,000, according to a Tulane University study.

Being dealt a royal flush in poker: 1 in 649,740, according to Central Washington University.

A woman giving birth to twins: 33.3 in 1,000, according to the Centers for Disease Control and

Dying of a bee, wasp or hornet sting: 1 in 75,852, according to the National Safety Council.

Dying in a plane crash: 1 in 8 million, according to OSHA.

In fact, there is another item that many participate in that has worse odds. Your odds of finishing with a perfect NCAA men’s tournament bracket.Basically, according to some, you have a 1 in 1,610,543,269 chance of calling every game right. A professor at DePaul University has done a different calculation…he says the odds are:

There are 63 total games in a tournament bracket. For each of those games, two teams play, and one team wins. So, filling out a bracket consists of picking 63 winners. So, you have two options for the first game, two options for the second game, two options for the third game, and so on, for all 63 games. To get the total number of possible ways to fill out a bracket, you multiply together all 63 of these twos, giving us 263, or 9,223,372,036,854,775,808 possible brackets. If all of these brackets are equally likely — if each game in the entire tournament is a 50-50 tossup, and picking the winner is basically a coin flip — we then get the odds of a correct bracket at one in 9.2 quintillion. HA!

WHAT IS THE DOPAMINE THING? 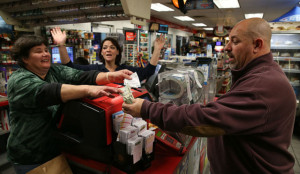 A recent article in the San Jose Mercury News focused on how the lottery can kick dopamine into gear. According to the article:

“It’s the brain chemical associated with reward, pleasure and addiction. And it’s digging into pockets at a maddening pace this week when the California lottery expects to sell $60 million in Powerball tickets — 10 times what it sells on a typical week.

Thanks a lot, dopamine. Whether the jackpot is $9 million or $900million, the odds of winning are stuck at a buzzkilling one in 292 million.” 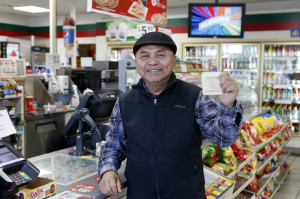 With $1.5 billion up for grabs, it doesn’t take a neuroscientist to explain how people may be ignoring probability this week because of the way the brain processes risk and reward.

“In the brain stem of a gambler, dopamine neurons are firing very high, pushing them to put out the money, to go and buy the ticket,” said a professor of neurology at UC San Francisco. 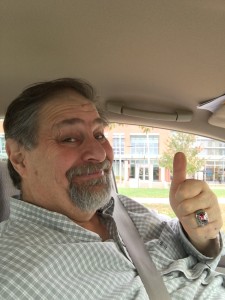 I too feel that dopamine rush as I dream of the “What If” options. I consider the entire process…signing the ticket, getting a safe deposit box, getting lawyers and a financial team.  I think about how to allocate the money.  What charities will I be able to pass some on to?  Which family members?

Then comes the fun part…how would I spend the money?  Would we buy a big compound in the mountains and add solar and wind energy?  Would we take a year long cruise? How would we tell our children and what would we do for them? 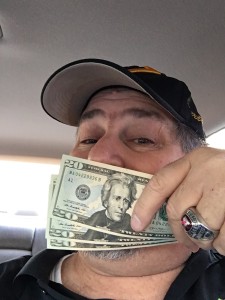 And to me, the pleasure lasts longer than a Star Wars movie and costs less.  It is fun to have the occasional dopamine dreams. Reality tells me that I don’t have a chance whatsoever.  But, I have a better chance if I buy a ticket. If I don’t buy a ticket, I most certainly won’t win.  But only this time.  I am participating in history!

Money, Money, Money…ain’t it funny, in a rich man’s world.  I am running down a dream and, as Aerosmith sings… Dream On!

But only this time….