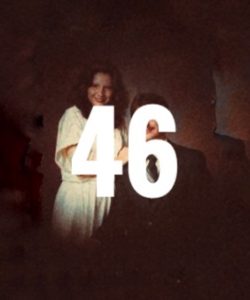 Julianne grew up in Mesa, Arizona.  Turns out that her house was notorious for being a haven for “sewer roaches.” This particular breed of cockroach is actually an Oriental cockroach and is the most water-dependent of the roaches.  In Arizona they like to hang out in the more moist areas of the desert, breeding in the sewers.  Thus the name “sewer roach.”

I first experienced cockroaches when visiting Mesa for the first time when Julianne saw one and asked me to kill it.  Easy enough.  But there are lots of them and I got tired of killing them.  At an early stage in our marriage she made me promise to kill all of the bugs.  I vowed to do so and have pretty well kept that promise. 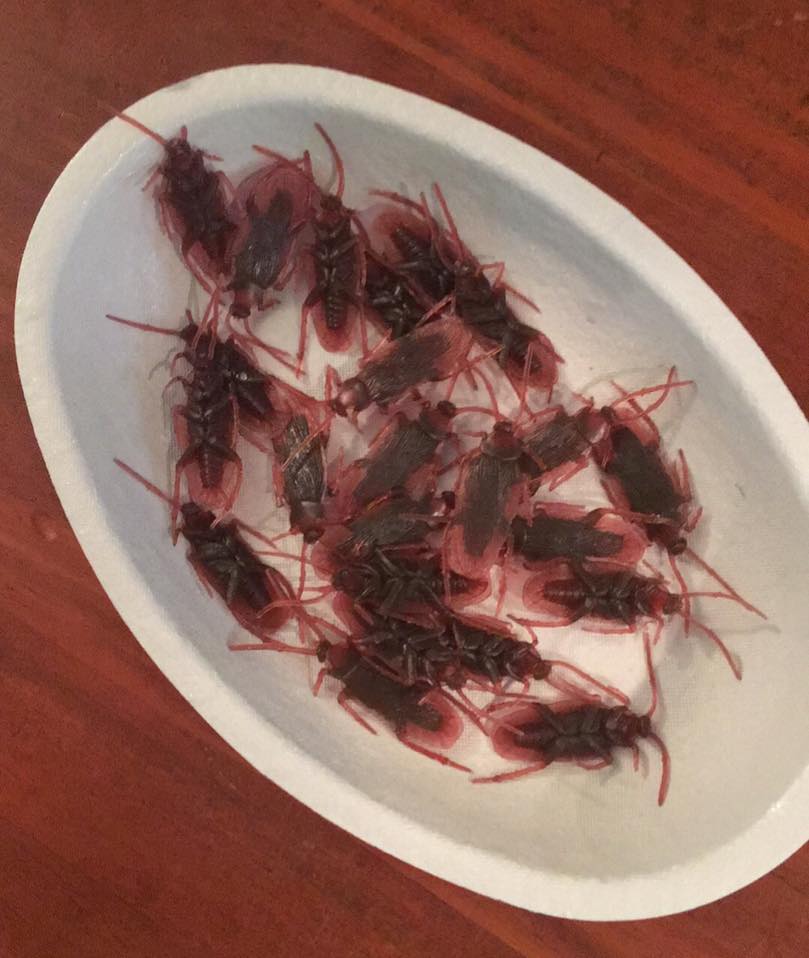 Well, one day, while I was a student at ASU and we were living in Julianne’s parent’s house (they were in South Africa on an LDS Mission), Julianne was in the back taking a shower.  Suddenly, I heard her screaming and she was soon running out of the shower wet and naked screaming, “A sewer roach just crawled up my leg!! Get it off!.”  It was a horrifying moment for her.  We got the roach taken care of and moved on.  But, this story has become family lore and our children, having taken the prankster role as they learned from their mother, decided to pull a huge prank a few years ago. 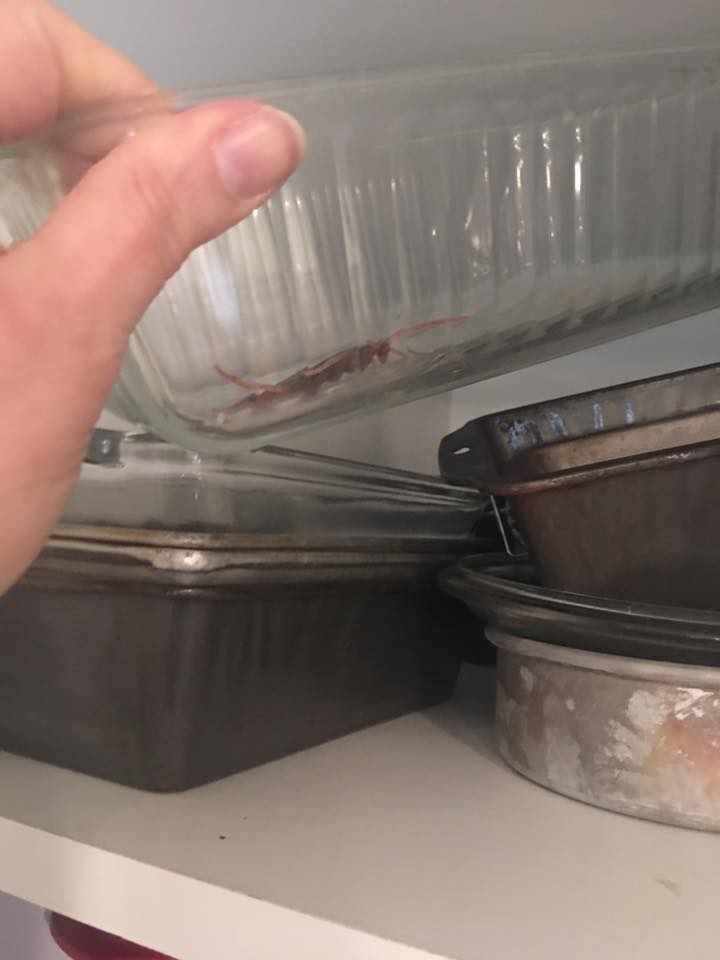 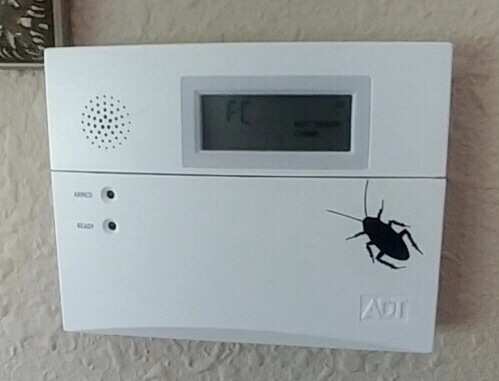 A plastic cockroach that Julianne stuck on a thermostat at Amaree’s house during a Christmas visit a few years ago.  This was apparently the real culprit that started the cockroachery.

UPDATE: After speaking with Amaree, apparently, Julianne was the one that started this by putting plastic cockroaches in Aaron’s bed when Aaron (her fiance at the time) was visiting us in Kentucky.  So, Amaree and Aaron took the same and stuck a cockroach in the asparagus and Julianne apparently screamed when she saw it.  The following is Amaree’s revenge: 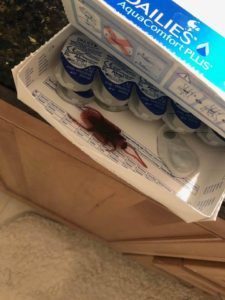 Julianne never knows where she will find a cockroach hidden

The real culprits, as we learned later, were Amaree and her family.  They had come for a visit from Montana, where they lived at the time, and they brought back an “infestation” with them. Apparently, one of the days, when Julianne was out of the house, they pulled out a bag with dozens of realistic-looking plastic cockroaches, that actually resemble Arizona’s sewer roaches.  They commenced to secreting them away in diverse places around the house for Julianne to discover both while they were still visiting and then, for months to come.  The “gift that kept on giving” if you will….  Supposedly, there are over 50 of them still hidden around the house… 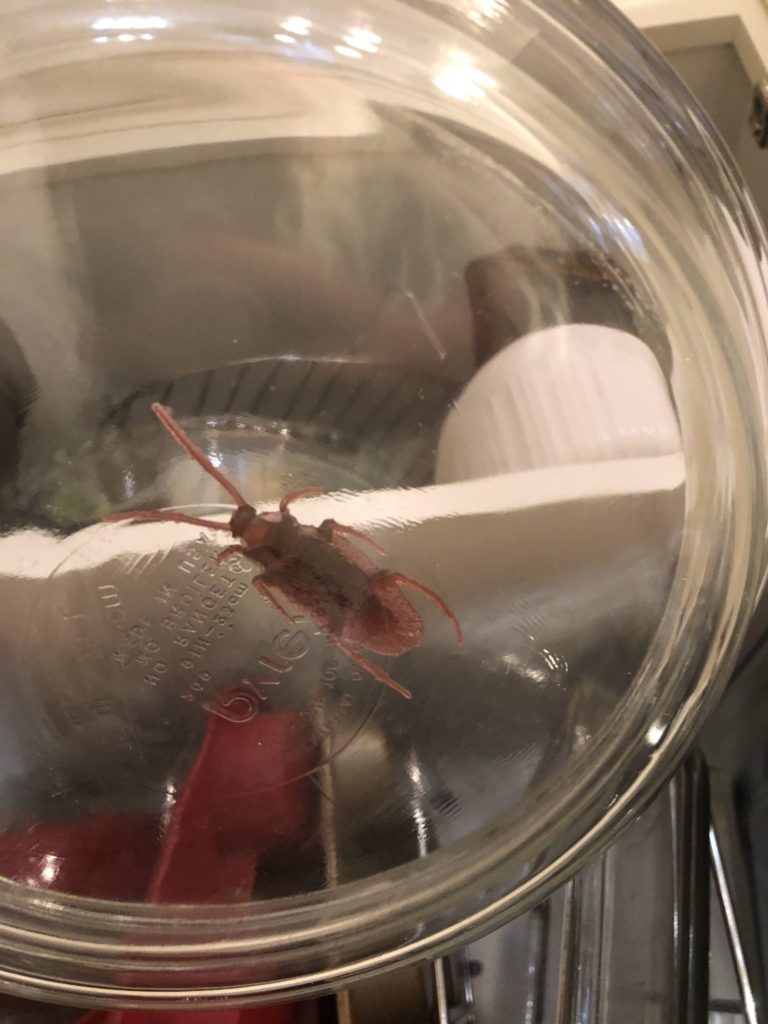 She runs across the little critters in all sorts of places 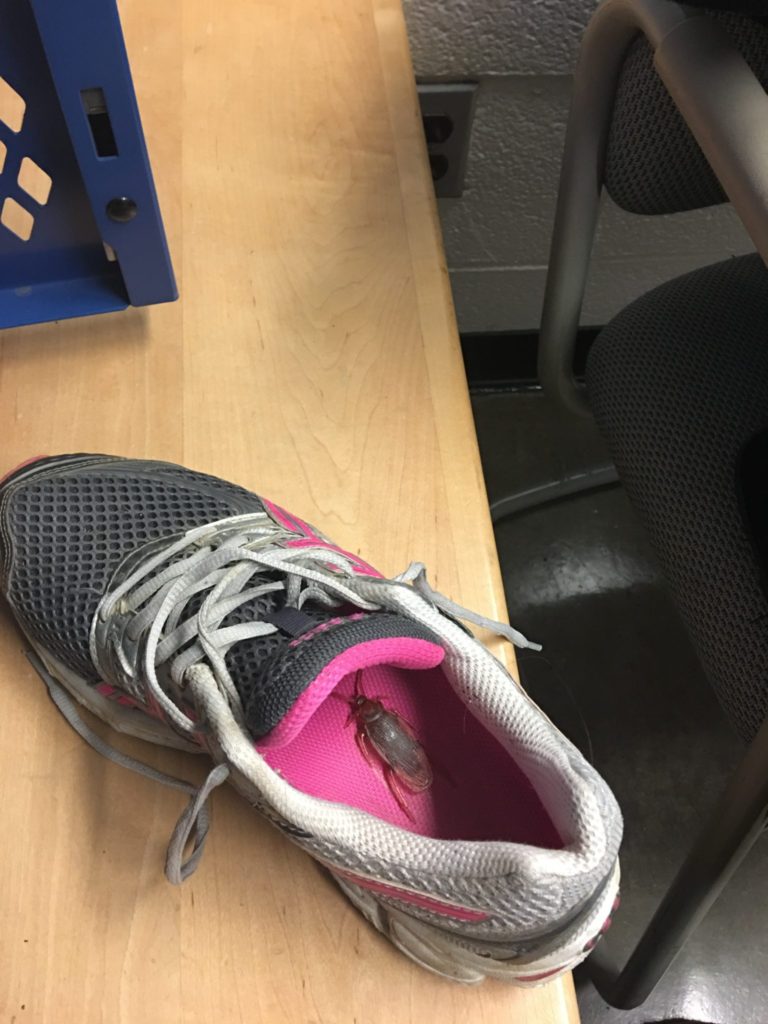 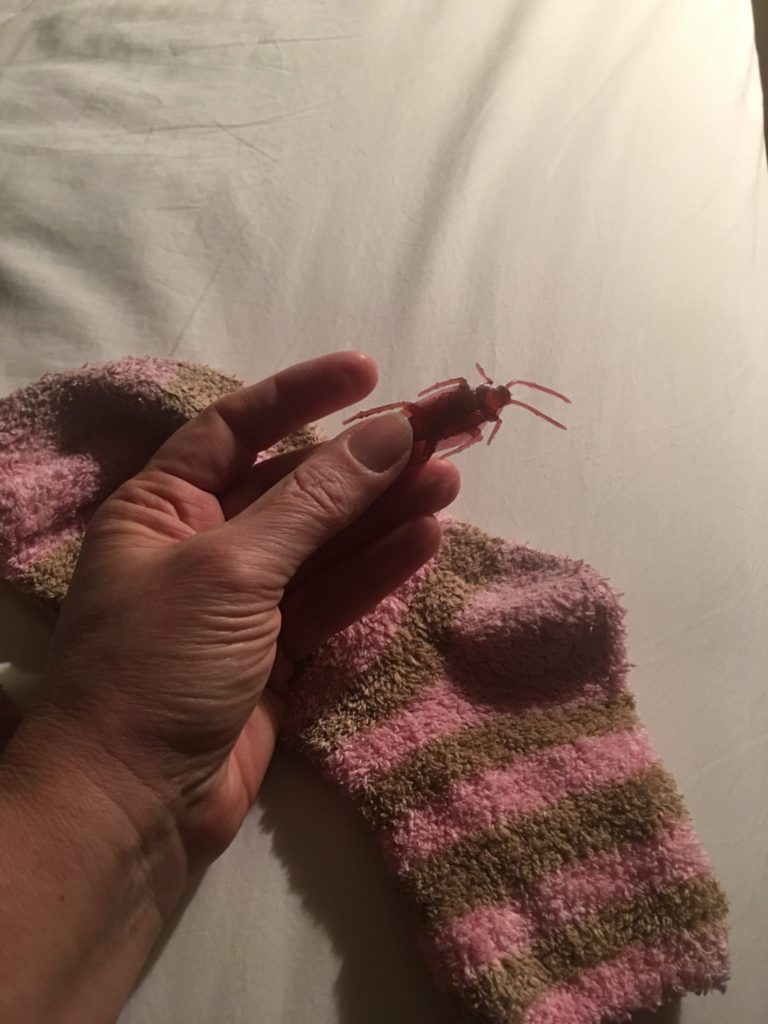 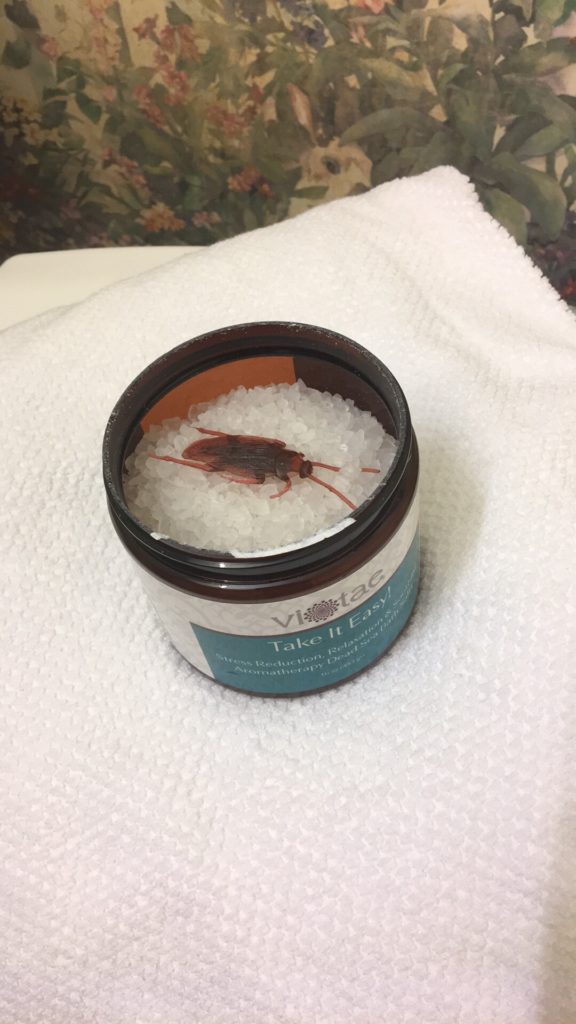 In her bath salts (notice, this one was in the “Take It Easy” bath salts – how rejuvenating!) 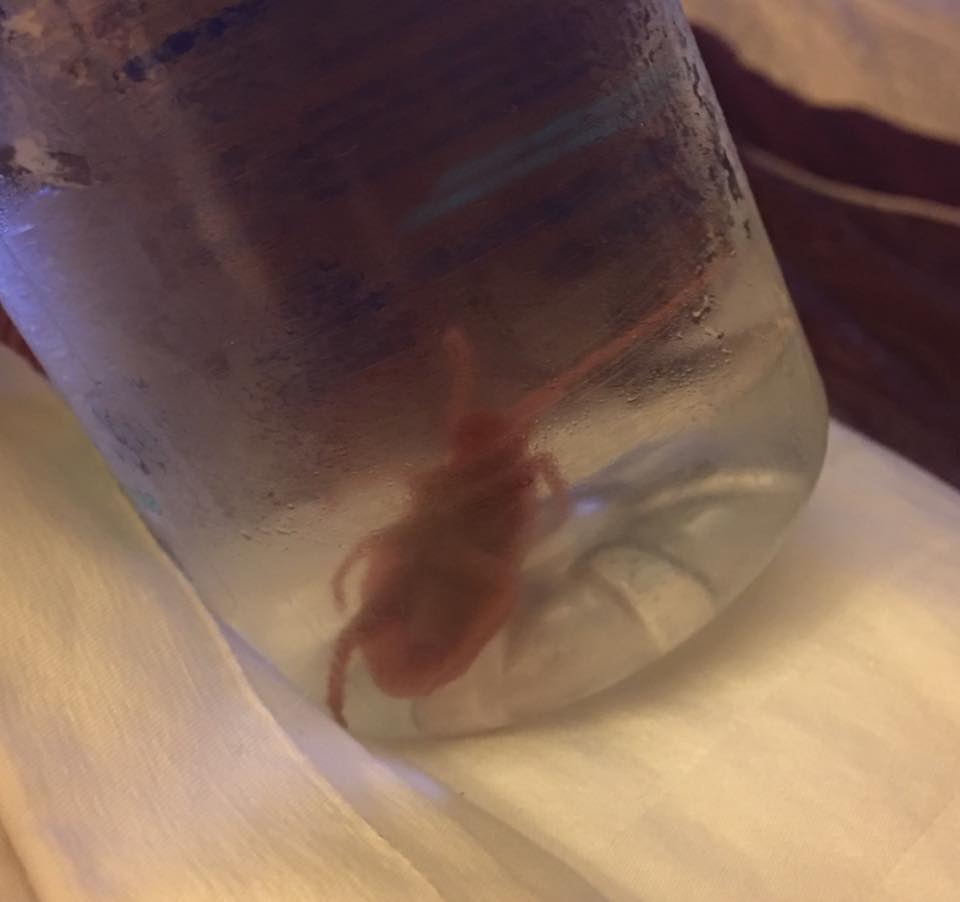 In the bottoms of drinking bottles 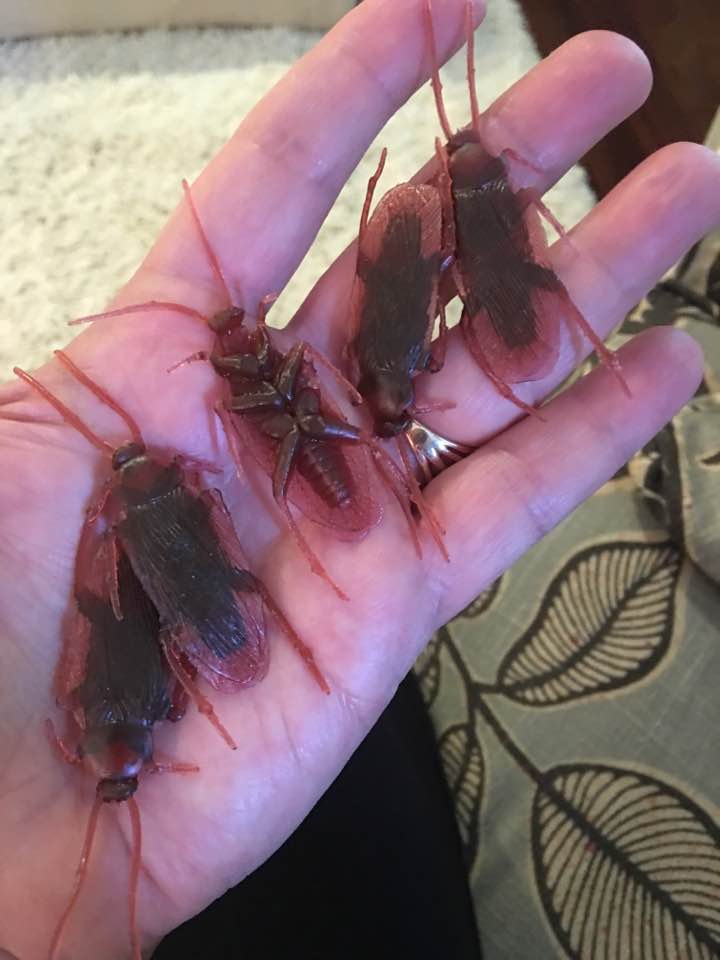 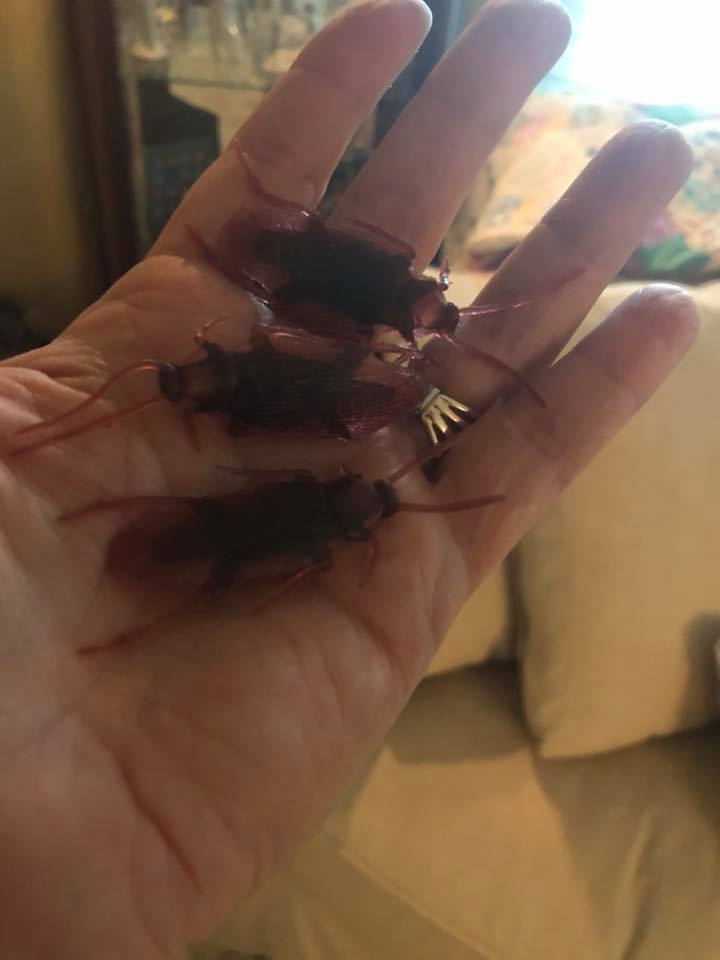 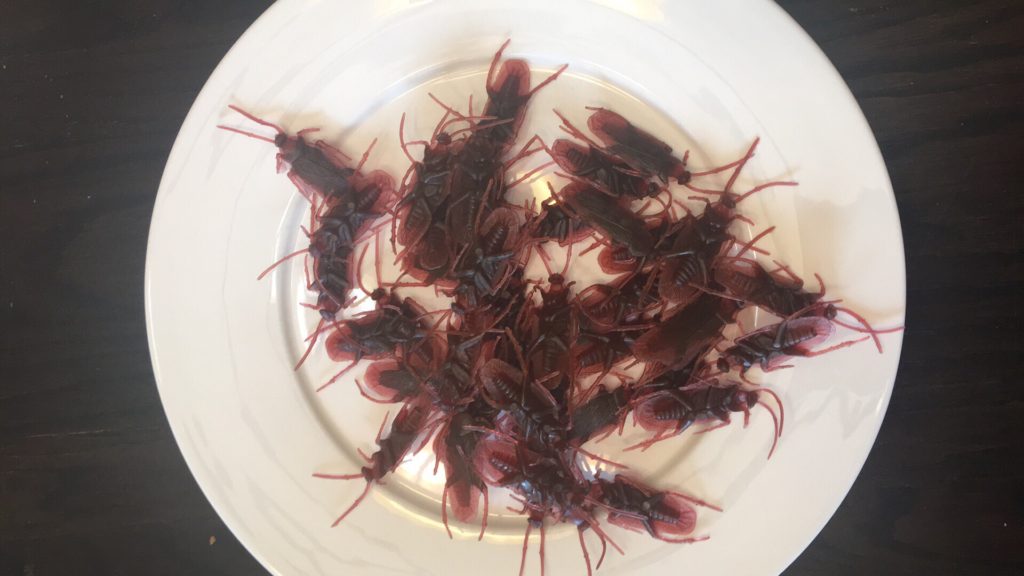 And even has collected a plateful (Yum!)

So, in 2017, Julianne decided to fight back, bug to bug, by sending cockroach pillows to each of the kids and grandkids.  This is what we got back via Facebook: 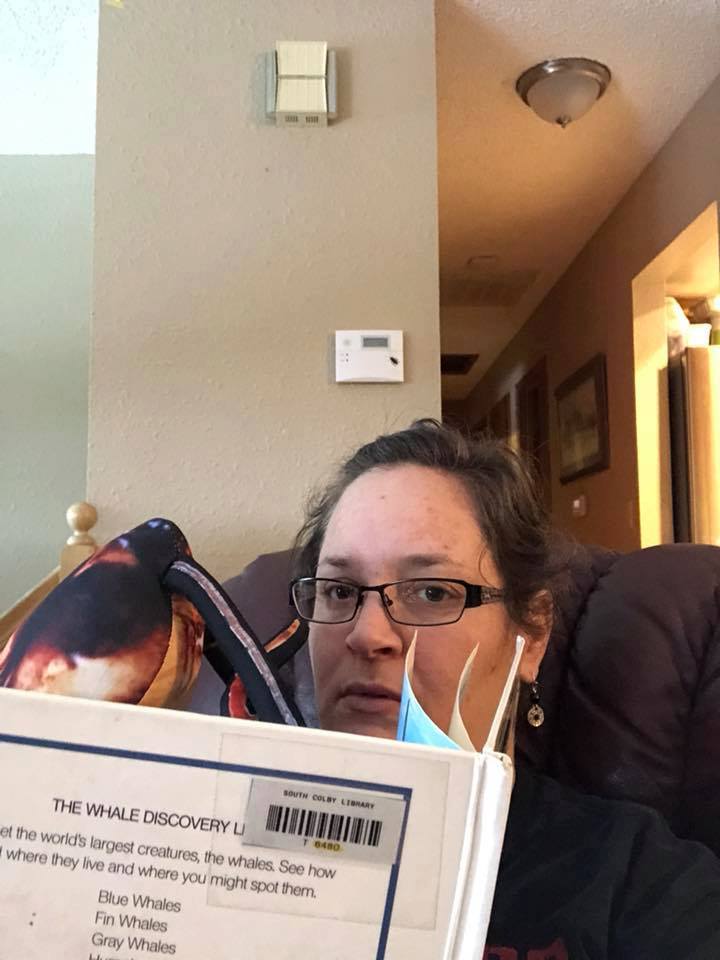 Amaree now has a pet 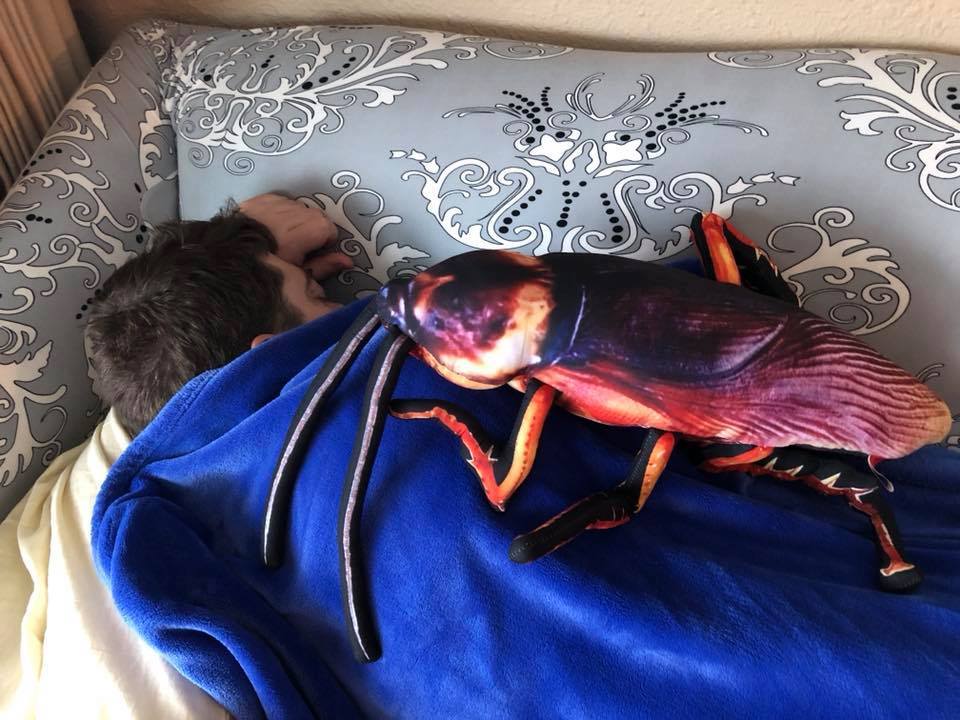 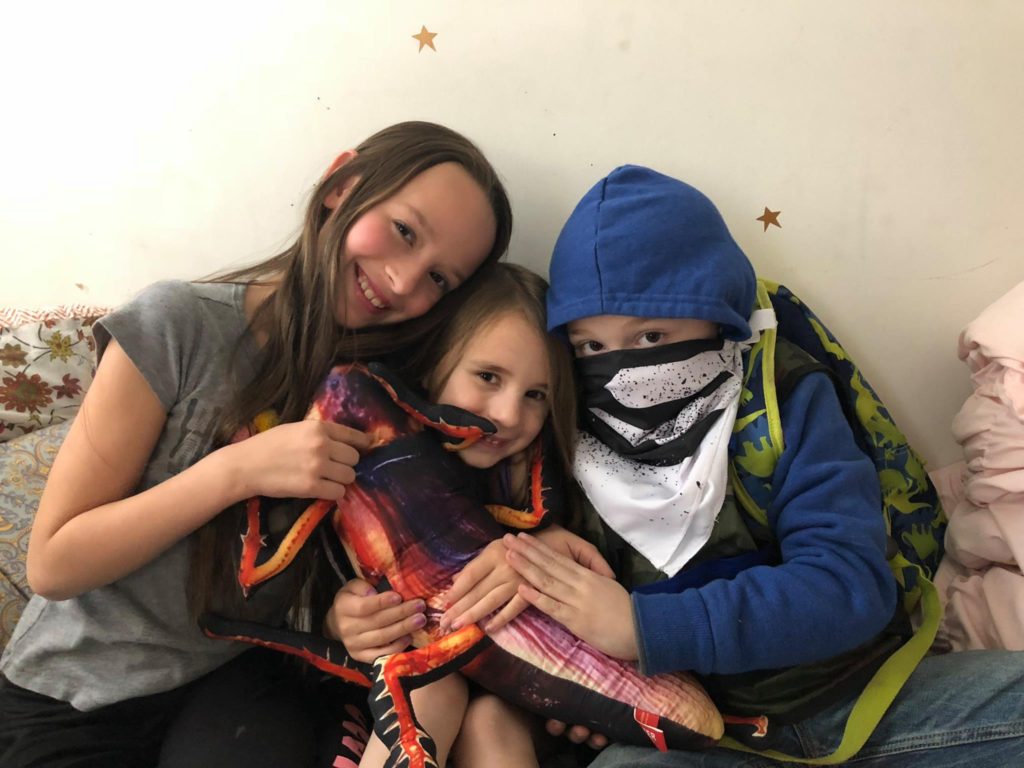 The Noe kids have a Noe Cockroach now 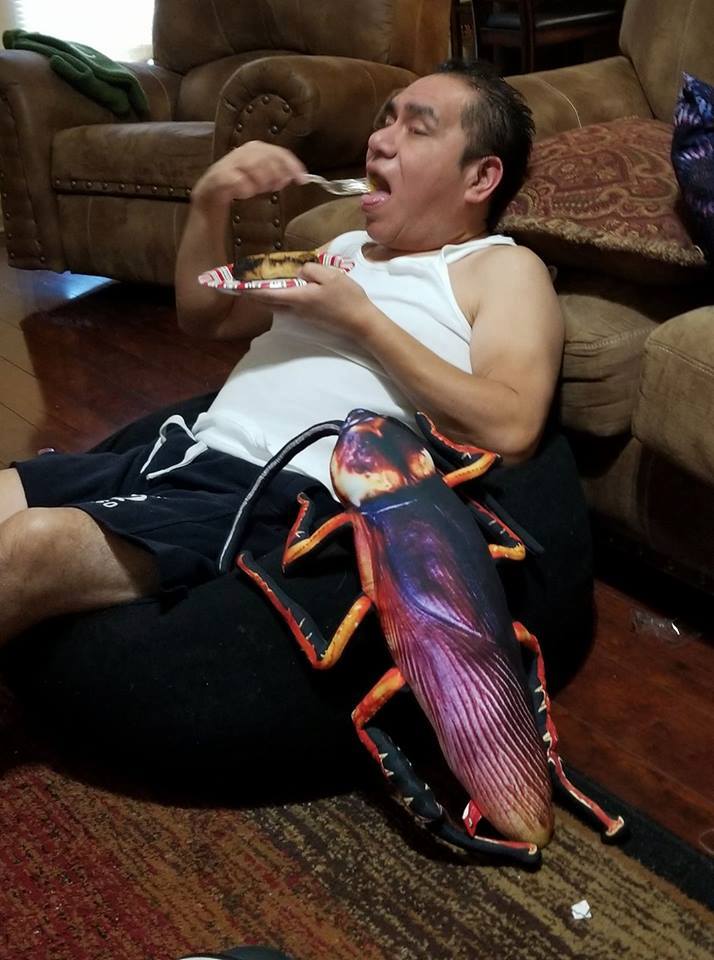 Jorge loves to eat with his… 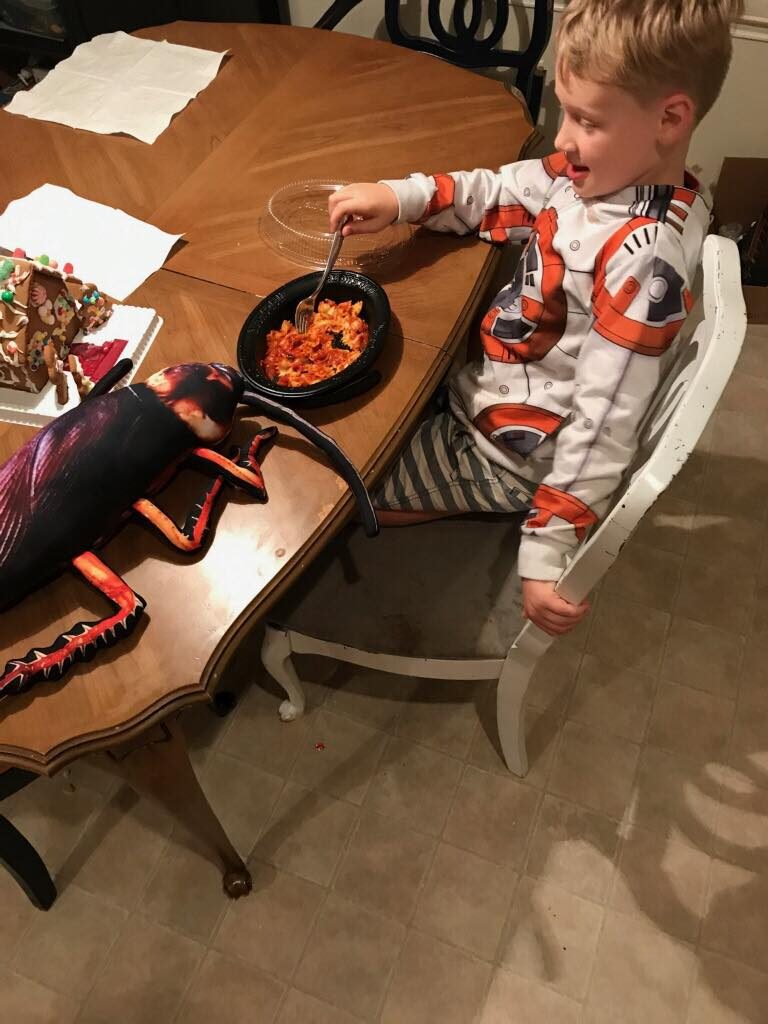 And so does Rockwell 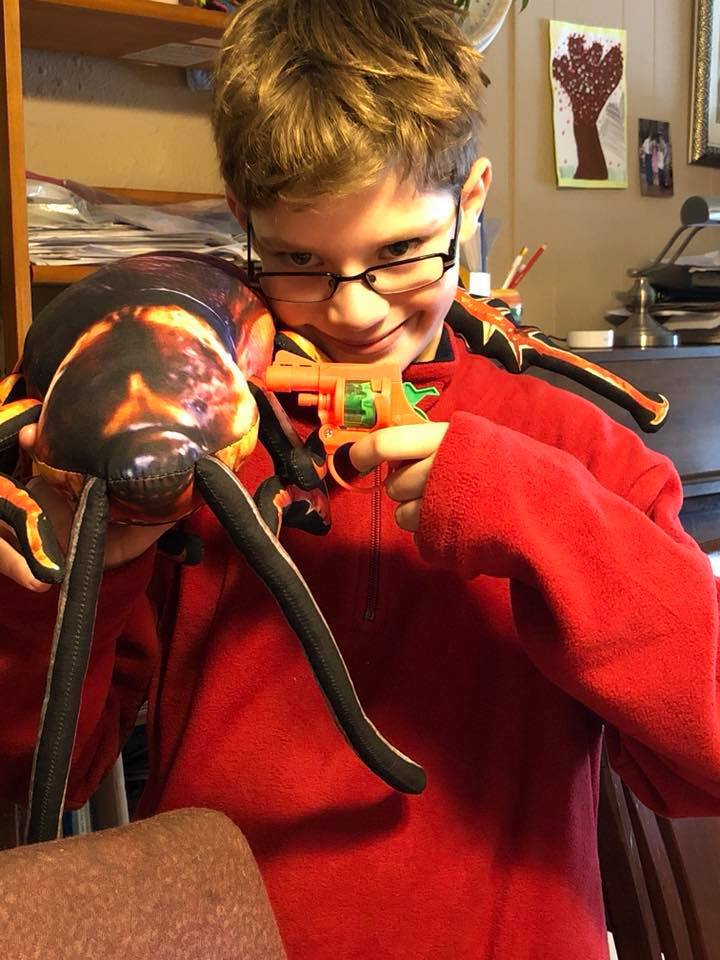 A whole different meaning to cuddlebug!!

One Christmas we got the perfect book to read to the grandkids: 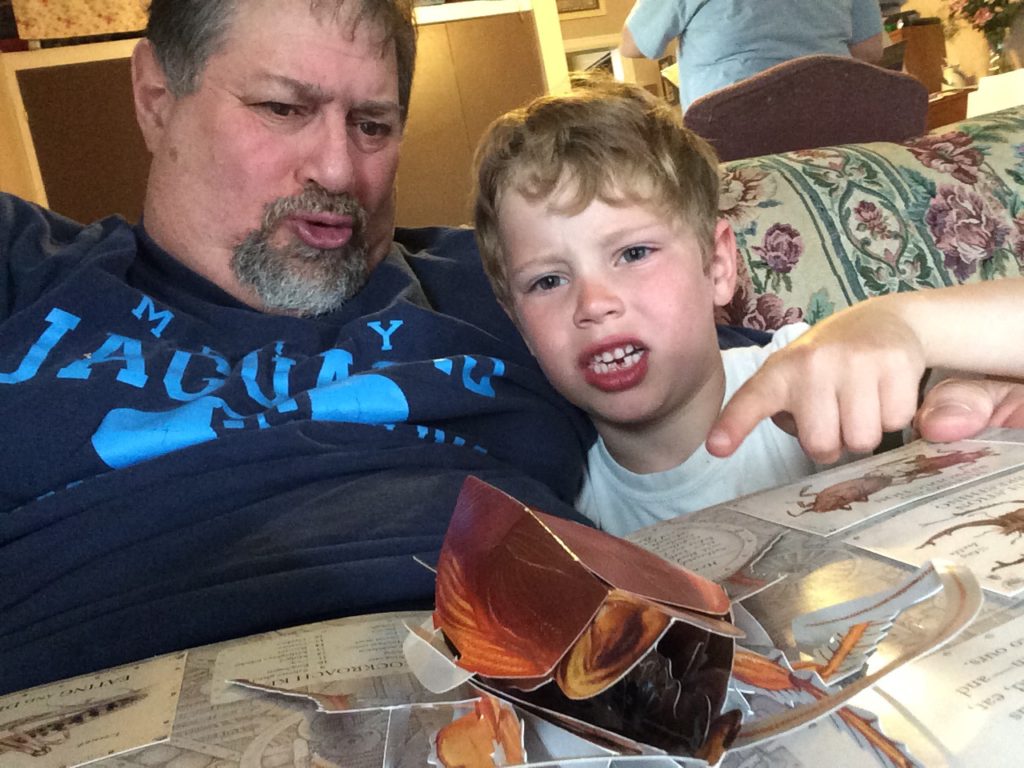 Yes, a book about a cockroach

And the cockroach fun didn’t stop there.  Amaree, in all of her creative cockroachery, found the perfect gift for Julianne’s birthday in 2018.  Yes, a cockroach pillow.  (I wanted to upload the video from my phone, but it is apparently too big.) 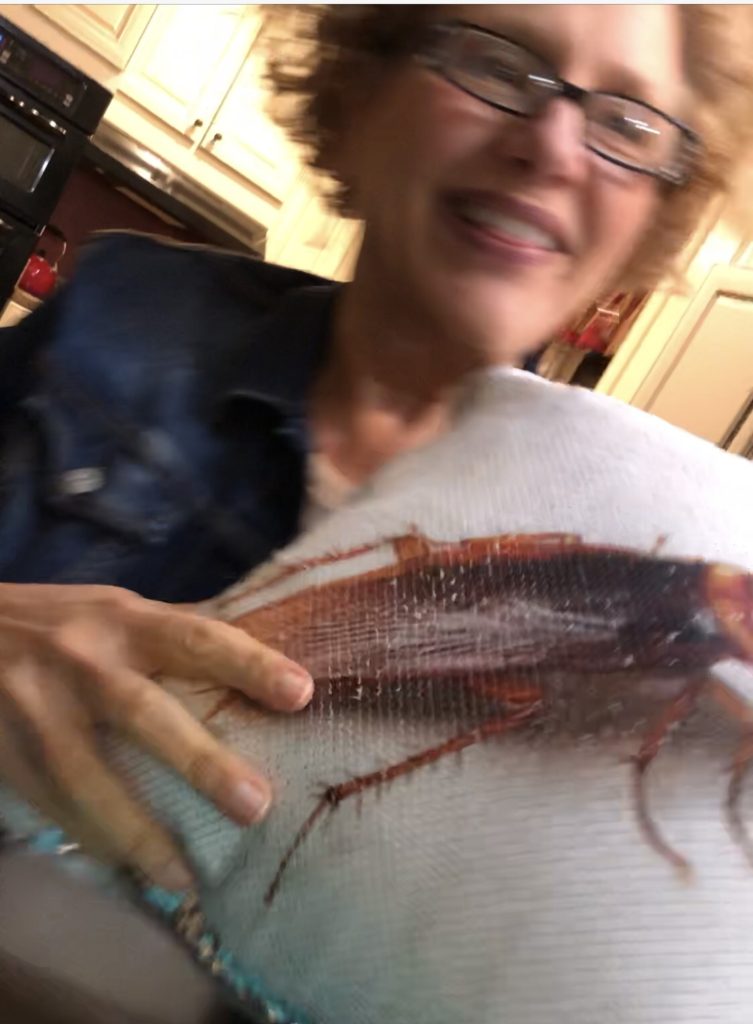 Julianne loves her Cockroach Pillow. Sits proudly on the couch (until guests come by)  Blurry because I had to pull it from the video I couldn’t upload

And it like the elusive cockroaches that don’t go away, for Christmas, she got a board game…with, you guessed it, cockroaches. 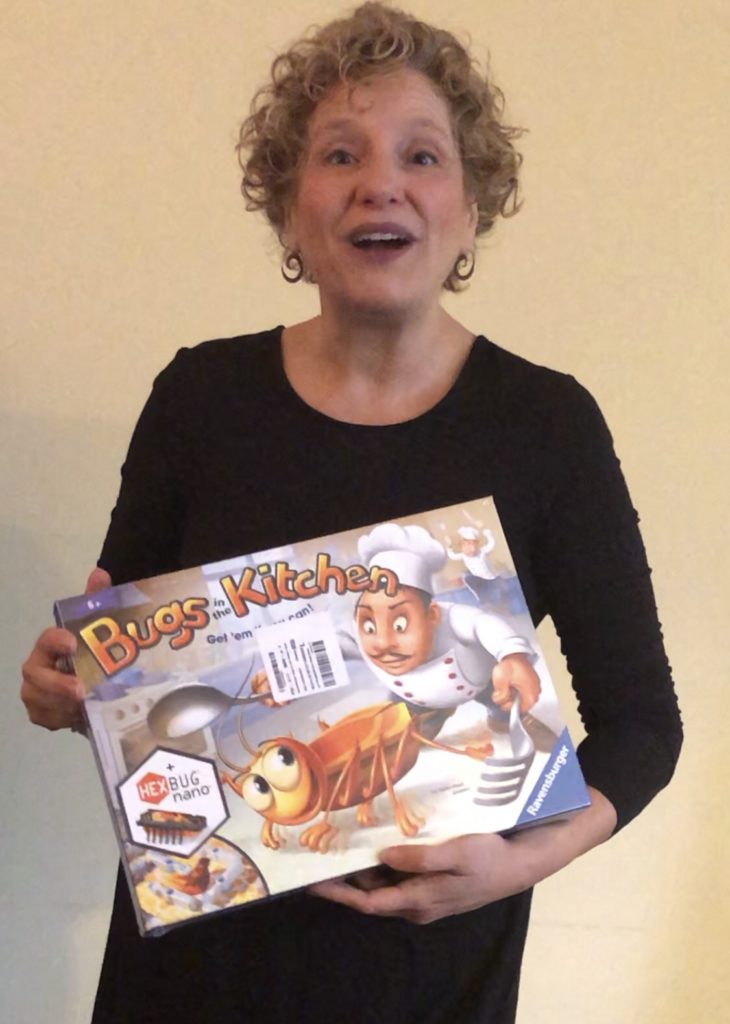 I guess she will always have bugs in the kitchen…

There are even times that the cockroachery goes to new levels.  Julianne got a late mother’s day gift from her daughter Amaree just last week.  Just what she needed!  Roach Clips!! 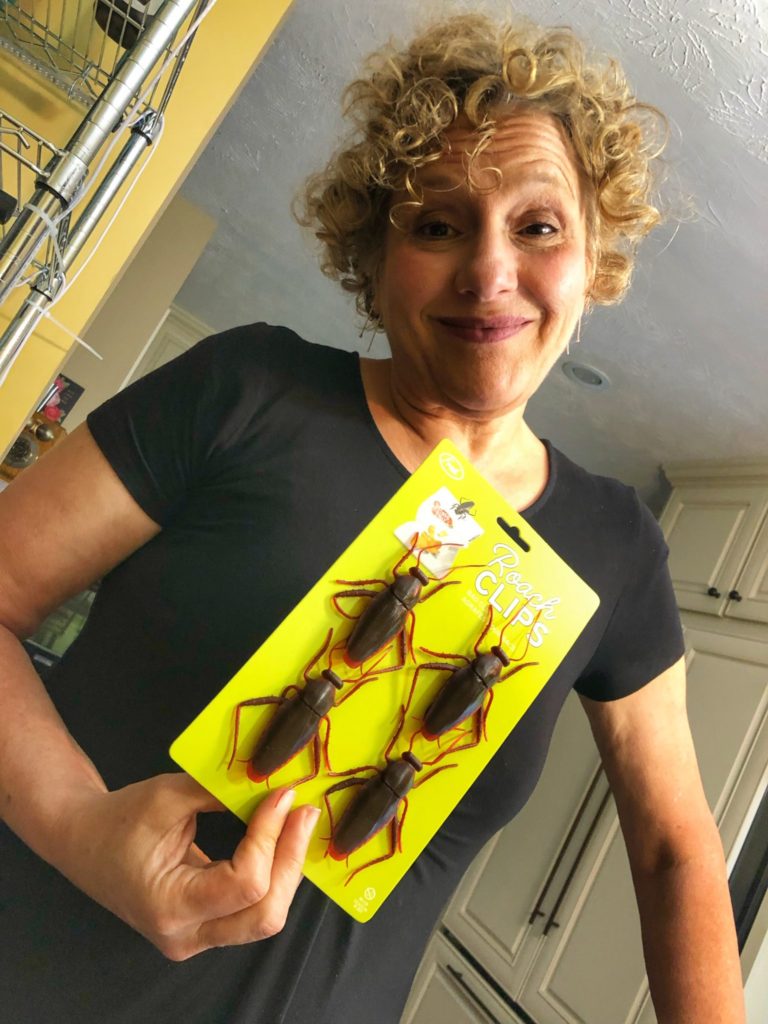 Julianne and her new collection of Roach Clips — May 2019

Well, in closing, I would like to add a little cockroachery of my own.  Way before the days I met Julianne, this little ditty by Jack Blanchard and Misty Morgan (famous for The Tennessee Birdwalk) was being played on a few radio stations and, most certainly by one of my heroes of the late 1960s, Dr. Demento.  Little did I know back then that I would be dealing with cockroachery in my future married years. Enjoy The Cockroach Stomp…