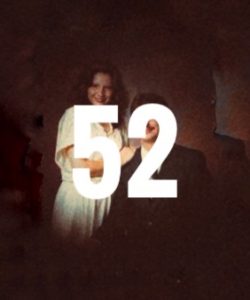 As many of you know, I work in the Superhero business. I know superheros.  And Julianne has proven time and again that she is a superhero. In fact, sometimes she is Captain Marvel. Other times she is Wonder Woman. All times she is Supergirl.

Though I have a number of examples from our 40 years together, perhaps the greatest superhero story took place in the summer of 1987.
I had been working on my PhD at Arizona State University (which I never completed) and an amazing opportunity came before us. The Japanese Government began an “internationalization” program called the Japan Exchange and Teaching Program (JET Program). They had two courses…one as an Assistant English Teacher (AET) and the other as a Coordinator for International Relations (CIR). I applied for the CIR position and was accepted and sent down to Oita Prefecture to work under Governor Morihiko Hiramatsu. 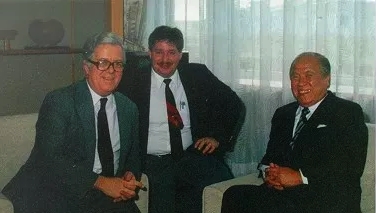 Though that in itself offers many stories, there is the backstory that I want to tell here.
In July 1987 I headed to Japan for Orientations and training, etc. I wasn’t coming back due to my aggressive schedule with the JET Program. That left Julianne alone with our four young children and the arduous task of packing and prepping to leave for a faraway and strange country with an open-ended return timeline. She would follow me to Japan in late August. 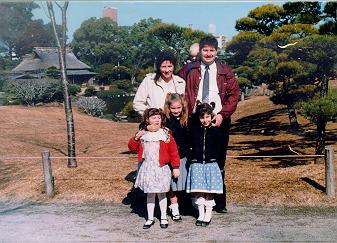 As if all of the packing wasn’t superhuman enough, she still had to travel to Japan with four children, all aged seven and under, for a nearly 18 hour trip, through Seoul, Korea and then to Fukuoka, Japan.  Unfortunately, her flight got delayed and arrived late into Seoul.  Tired and most likely frazzled, she was shuttled to a hotel in downtown Seoul Korea where she had to spend the night and then get up very early to catch the next flight out to Japan. 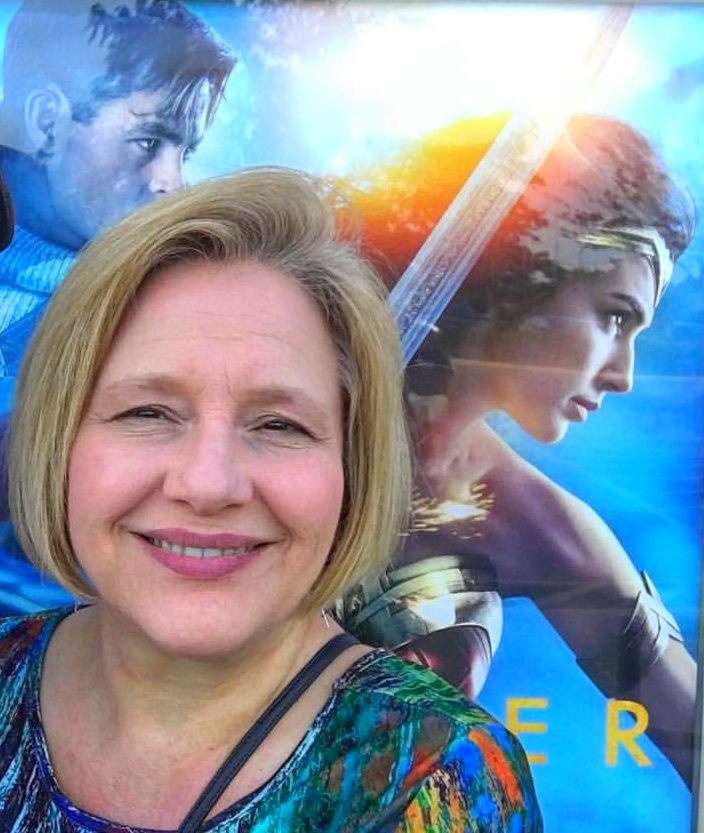 Julianne is a Wonder Woman!

Those were the days before cell phones, online flight tracking, etc. And, she was also strapped with the language barriers.  It was a real challenge for her, but Wonder Woman that she was, she made it to Japan, learned the language, handled the kids school things (they went to regular old Japanese public school) and ultimately became very adapted to the Japanese lifestyle and food.
There are so many other Superhero stories to tell.  Perhaps in another post. 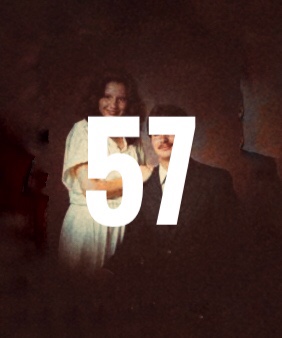 Over 40 years and Julianne never ceases to amaze me with her Can Do Spirit. She will take on almost any challenge.  In fact, it is best not to say “I don’t think you can do that” to her, as she will strive to prove you wrong.

There are many examples I can provide herein, but she proved it big time just recently with the accomplishment of an amazingly monumental task — the complete redoing of a bathroom in our house, right down to the replacement of a brand new toilet.

It has been nearly 20 years since we moved into our house here in Lexington and a number of remodelish kind of things have been done.  But the upstairs bathroom always remained, until April 2019, that is.  I had no doubts about her doing most of the work in there, including the new flooring, the replacement of wallpaper, redoing the curtains.  But, the toilet?  That, to me, is tricky business.  I said we should get a plumber.  She said no.her efforts 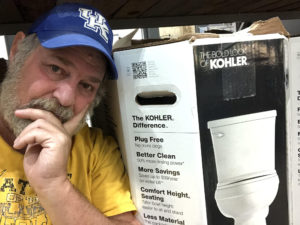 Getting a new toilet. Wondering what we were getting ourselves into.

So, off I went to Lowe’s to get a new one.  It required a couple of neighbors and me to get that thing up the stairs. It was very heavy and bulky.

Before she could do the wallpaper and floor, we had to remove the old toilet.  This was quite a job in and of itself.  But Julianne tackled it almost with the finesse of a plumber.  Its a yucky job and she dug right in (literally…if you have had to remove a toilet wax ring, you will know what I mean!).  After that, off came the mouldling and trim. 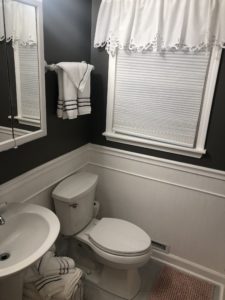 The new bathroom – a Julianne triumph

Soon, she was all about replacing the wall paper, replacing the flooring, painting the walls and then adding the molding and trim.  She cut the lengths for the chair rails (she added two of them) herself and added that to the wall.  All the while, I did what I could do to assist, mostly being the gofer and the “look it up on YouTube” guy.

Everything was done but the toilet.  We ripped open the box and together we got it ready.  Steady hands always, Julianne added the new wax ring and we flipped the guy over.  She assembled everything.  And voila!!  After some bolt tightening adjustments to stop any leaking, we had a working toilet and basically, a brand new, great looking bathroom. 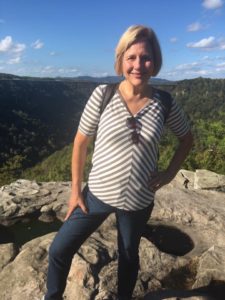 Julianne can scale mountains. The Can Do Girl!

Julianne has accomplished many other seemingly insurmountable tasks over the years.  To Julianne, obstacles are like mountains; they’re not going to move themselves. She has always had the strength, gumption and ability to take action to overcome them. She has scaled the mountains in so many ways.  I could go on with stories, but I’ll leave it to the one above as a prime example of Julianne’s Can Do Spirit!  I am proud to know this amazing woman.