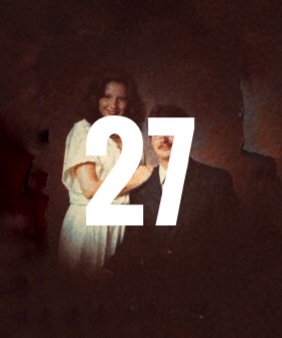 (Author Note:  Due to an extended road trip, busy work schedule and more, I have missed out on two weeks of posting.  Sadly, I will not be able to add those in, but hope to continue on from Day 27 to Day 1…the last remaining days before our 40th Anniversary on July 15).

Julianne always wanted to be a mother.  From our very first discussion about the possibility of marriage, she would always relish the thought of being a mother.  And, what a wonderful mother she was (and still is!). We had our first three children in our first four years of marriage.  We had all five before our 10th anniversary. Today all five of our children are in their 30s and are well engaged in their lives.  Much of their success in life can be directly attributed to their sweet and wonderful mother. 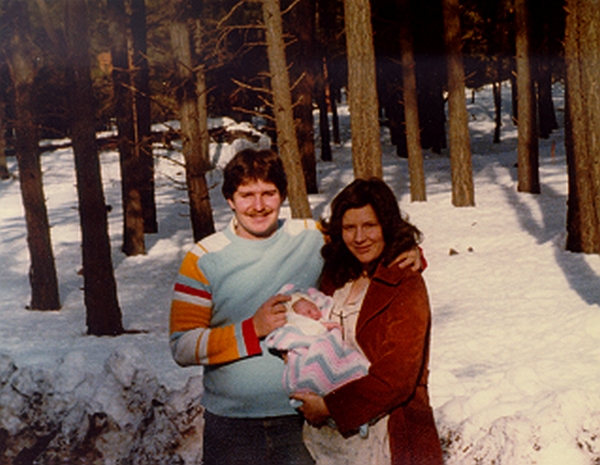 Julianne and David with first daughter Amaree on a winter hike near the San Francisco Peaks, Flagstaff, AZ 1980 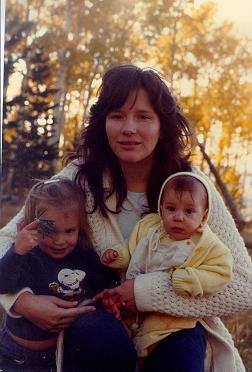 Julianne with Amaree and Marissa in 1981

Mothering was Julianne’s passion (until she became a grandmother….).  It wasn’t always easy for her. Due to my school and work, she had to carry much of the load herself.  But, she was an absolute trooper and loved and took care of her children with passion and fervor. 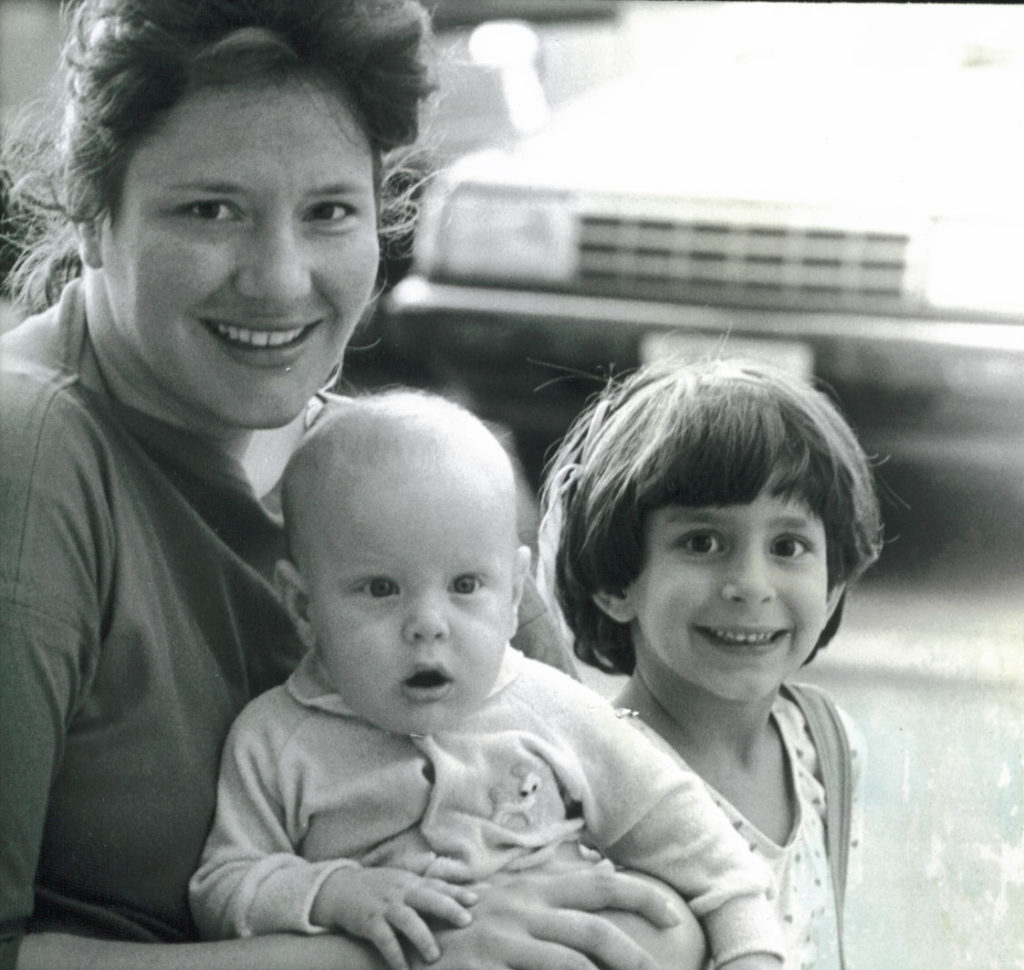 Taking care of children in Japan. She is with Seth and Marissa here.

By the time we had three daughters, Julianne was making matching dresses for Easter, doing girl things with them, teaching them music, making them feel loved. 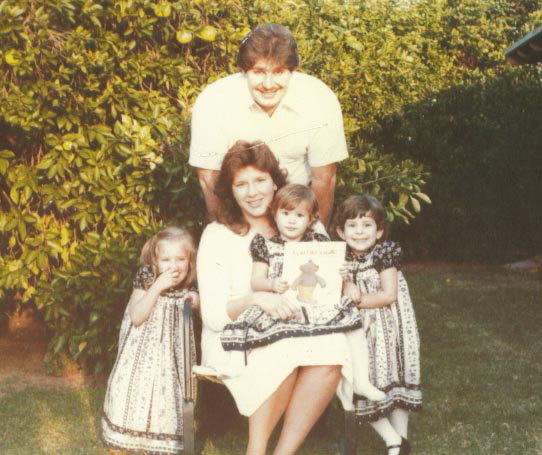 Julianne and me with our first three…all girls..(L to R) Amaree, Chelsea and Marissa

Eventually, the boys came along, presenting new challenges, but Julianne took those with gusto.  Much of Seth’s early life was in Japan and Solomon was actually born there. So, Julianne learned to shuffle her schedule (she taught English, took kids for TV Commercial filmings, etc.) to make everything work.  Despite the many frustrations of living in a foreign country with language and cultural obstacles, Julianne pulled things off like a pro! 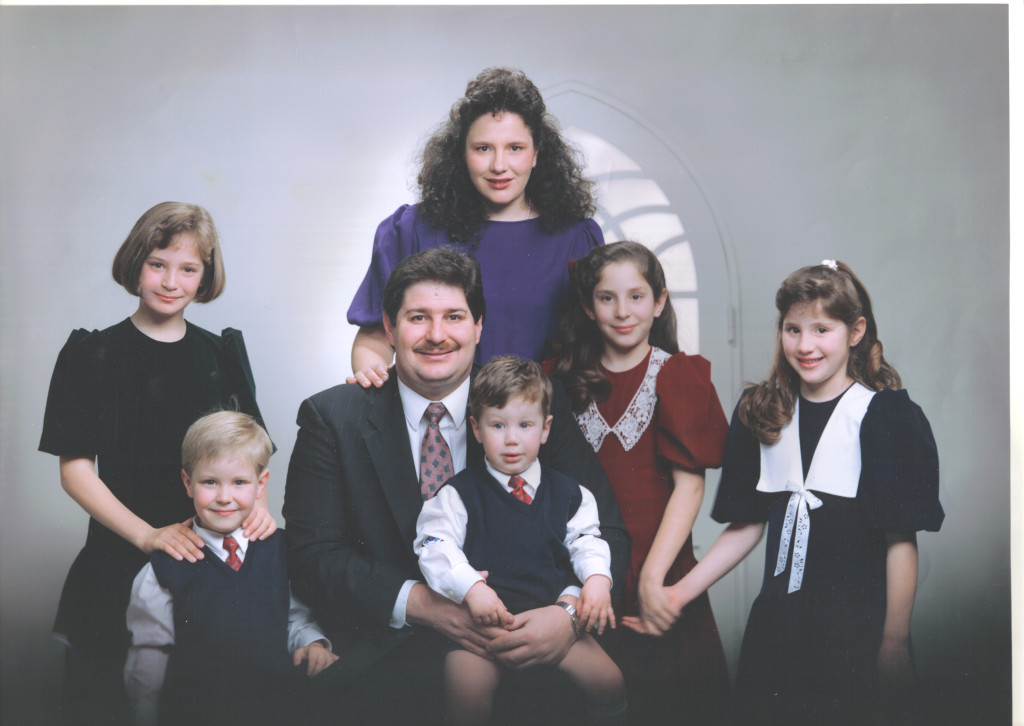 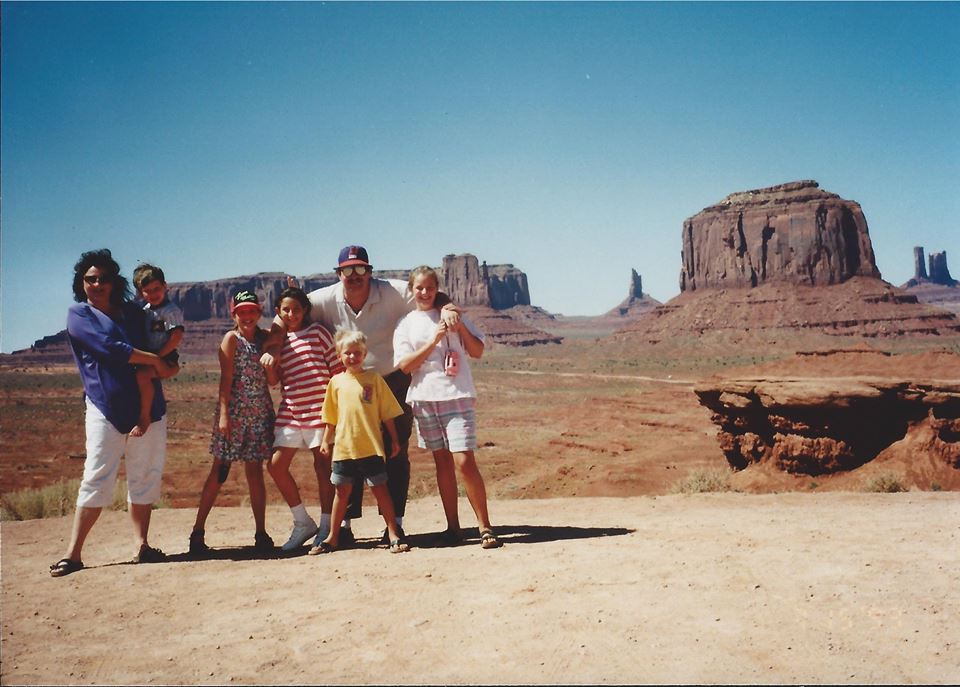 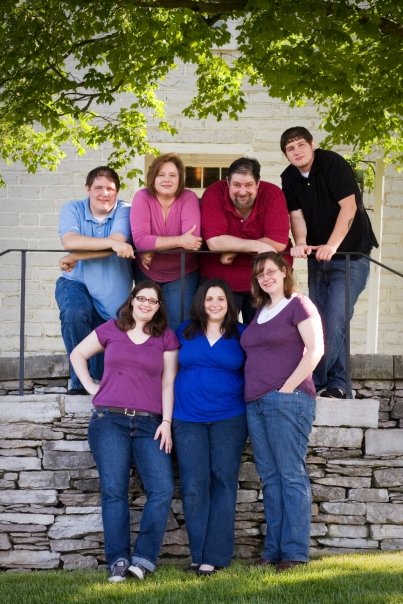 As our children grew through their teen years and married (all three daughters were married within 6 weeks of each other in 2005!), Julianne has evolved from a mother to an adult friend with her children, especially her daughters. 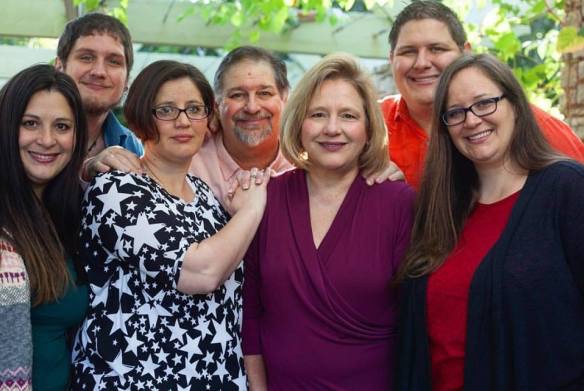 Julianne with our five children on my 60th birthday in 2016

I am massively blessed to have had the opportunity to marry such a wonderful woman who so cherished her role as a mother and wife and now loves being a grandmother.  All of our children are talented and leaders in their various life activities. They can thank their mother for this!